Enjoy unlimited access to all of our incredible journalism, in print and digital.
Subscribe Now
Advertisement
International Food 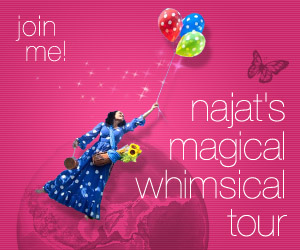 Former Private Socal (PS) chef Najat Kaanache has joined forces with Yaser Khalaf, owner of Baboush, Farnatchi, Ketchup, and former partner at Medina, to create Azurite Restaurant Concepts. For those of you who don’t watch Jeopardy!, azurite is a deep blue mineral common in the Atlas Mountains of Morocco. Kaanache, also known as The Pilgrim Chef, has this to say:

Yaser is really a wonderful human and we have the same goals to bring people together and share happiness and culture with them through food.  I already partnered with him in Souk, one of the incubator concepts at Phil Romano’s Trinity Groves project, where we will give people the chance to visit a Moroccan Bazaar right here in Dallas. I will run the Souk kitchen which will have a great adjoining private dining room. I kept my whole kitchen team intact, the ones I took with me to the James Beard House last month.

Kaanache leaves for China next week to participate in the 2013 Beijing Science Festival. She will present her Science, Food & Creativity exhibit. “I am dedicated to training children to recognize and respect the beauty and importance of clean, natural food,” says Kaanache. At her most recent culinary presentation at the World Science Festival she says her exhibit had “children literally painting and eating their own healthy fruit and vegetable artwork on edible canvases.” Her installments juxtapose science and culinary creativity to “unleash the wonder of food and instill nourishing traditions in households across the world.”