I recently had lunch with a high school buddy. He manages a technology sales force. Early in our lunch, he asked me how I get along with millennials in the workplace. Knowing that is always a loaded question, I laughed and told him this was the topic of an essay I intended to write. 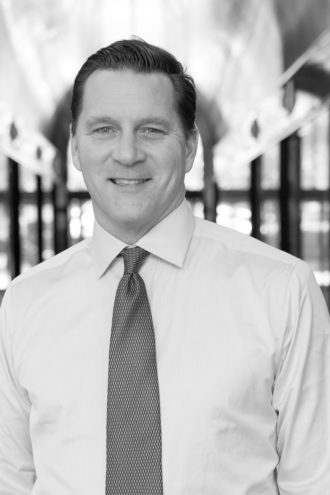 For starters, if you want to compare real estate upbringings, mine’s pretty great. I started my commercial real estate career at the Trammell Crow Co. in 1995. Here’s who I could see on the floor from my desk who took time to teach me the business (and some names have been left off the list, just to keep it at reasonable length): Mike McVean and Lee Belland (who went on to launch Stream Realty), Jimmy Grisham (Foundry), Tony Long (CLX), Mike Lafitte (CBRE), Tony Click (Crescent), Lawrence Gardner (OMS); Pryor Blackwell, Chuck Anderson, and Tom Leiser of Bandera, and TD Briggs, Joel Pustmueller, and Ray Mackey of Peloton.

Clearly, that was a lucky draw, no? It was the all-star cast of all-star casts. Still, Anthony Fritsche (founder of Fritsche Anderson in Houston) and I found ways as 24-year olds to act just like the 20-somethings act today. Truth be told, in addition to executing our responsibilities as analysts, we joked around and took long breaks.

One year we ran some type of competitive March Madness tournament contest, I don’t even remember the exact rules. But as I recall, the loser had the choice of running a lap shirtless around Chase Tower while otherwise wearing a business suit, or skating the entire lunch hour at the Plaza of the Americas ice rink. Fritsche lost, and he skated for an hour while wearing a bomber floppy-ear hat. When everyone in the office wasn’t howling in laughter at him, we were laughing at the guy who was there in earnest and wearing a Blackhawks sweater and a mustache.

Anthony and I felt like we worked very hard and that our hard work was deserving of long and frequent breaks. We would go down to the mezzanine-floor sundry shop and buy bags of candy sours and stuff them in our cheeks like chewing tobacco, then walk out onto the vast north-side plaza of Chase Tower and throw tennis balls five and six floors up onto the facade of the building, playing the carom as if we were fielding fly balls off the Green Monster at Fenway. Somehow, Chase personnel never inquired what we were doing, security never stopped us, and we never got caught.

Ken Wesson (now of Lee & Associates) was early in his industrial career, still an undiscovered star-in-the-making. He sat close enough in our open office where we had to whisper while we schemed against him, but far enough away we could snicker uncontrollably when we would crank-call him and hear him project, “Ken Wesson! Hello? Hello?” into the empty line, and then express frustration while staring into his phone after our hang-up calling persisted day-after-day, lunch-after-lunch. We stopped when we saw a third-party phone vendor, Ken, and his secretary huddled over his desk one morning examining his phone.

In the midst of all of this, our work somehow was recognized with greater responsibilities. Anthony led the underwriting on big office developments such as 5950 Sherry Lane, 2100 McKinney Avenue, and Collins Crossing. I was tasked with leasing the retail strip underneath the monolithic garage that serviced Bryan Tower and Maxus Energy Tower. Mired in bankruptcy, the asset had no money to fund any improvements, and the vacant space was derelict at best. Still, I treated it like my “for all the marbles” assignment, and I was able to get a Dickey’s franchisee “on the hook” to take the former travel agency space.

With some guidance from higher-ups at Crow, I structured the deal “as-is,” with the tenant funding all of the improvements and, in turn, getting three years of free rent. The lender, unreachable and apparently uninterested, wouldn’t call me back as we sought his approval. The franchisee grew increasingly frustrated, eventually requesting repeatedly to talk to someone at Crow higher up than me. Finally, I scheduled a conference call—me, the franchisee, and Anthony.

Technically, Anthony was a year older than me, but that was his only superior credential, and I knew this was a bad decision. Bad became worse when the two of us couldn’t suppress laughter as Anthony tried to explain into the speaker phone his concerns over the planned meat-serving temperature. As we howled in laughter, the franchisee demanded to speak to our boss.

My heart sank. I knew my real estate career was going to be over and that I was going to have to go work with my fraternity brothers financing cars. We gathered ourselves and walked coolly (we thought) to Chuck Anderson’s desk, asked if we could talk privately to him in a conference room for a moment. He asked us if we intended to resign, we told him no. Prepared to be escorted out of the offices by security guards, we explained to Chuck the predicament we had created.

He shook his head, chuckled, and asked for the franchisee’s phone number. A day or so later, we asked Chuck if he had made the call. Yes, he had. He had reduced the rental rate by $0.50, and the deal was done. Relieved, Anthony and I got back to business, all that much more prepared to work with today’s millennials.