The conversations that I’ve had lately have felt markedly different due to the unnerving amount of fear people have regarding the pervasive volatility in the financial markets.  This is not a shocking revelation considering that this past December the S&P 500 was down 9 percent, and the Dow was down 8.7 percent, marking the worst December since the Great Depression in 1931.

It’s with this in mind that I’ve tried to assuage people’s anxiety by sharing an idea that might go against conventional wisdom. 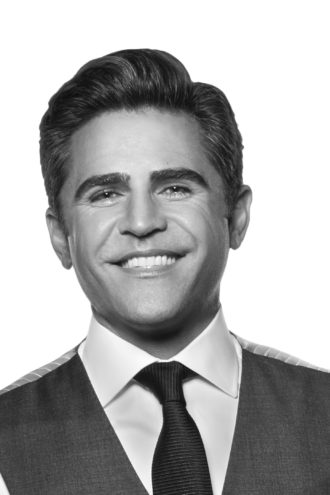 The recession is coming…and it’s OK.

It’s been over ten years since the start of the last US recession, which makes this period one of the longest economic expansions in history.  With that being said, there are many leading indicators that are prompting market analysts to predict slower economic growth in 2019, and that the next recession could begin anywhere from six months to 18 months from now.

We’ve already seen several telltale signs that usually preempt an imminent recession.  The first, and most important being slowed corporate earnings.  When companies earn less, it puts pressure on their margins and makes it difficult for them to stay as profitable. These pressures, when paired with an unemployment rate that is near an 18-year low of 3.9 percent, could cause businesses to implement wage increases in an attempt to keep their employees.  Thus, continuing to push corporate earnings even further down when their cost of labor increases.  This can exacerbate what is already perceived to be an overvalued stock market. The Federal Reserve responded to these events by raising interest rates four times in 2018.  This will affect long-term interest rates ultimately making equities investments even less attractive to investors as it becomes more expensive for companies to do business.

The good news for investors is that there are alternatives to the stock market which provide ways to protect your portfolio against volatility while achieving a smoother investment return. Investing in assets that are not correlated to the stock market, like private market, multifamily real estate can help you stay the course for long-term outperformance.  For example, Goldman Sachs reported how the power of non-correlated assets is most dominant in a market downturn or financial crisis.  In 2002, alternative assets posted a +0 percent return during the bursting of the tech bubble, and a meager 22 percent loss during the 2008 financial crisis.  This is compared to what potentially could have been days when you watched as your portfolio lost half of its value.

As the stock market volatility persists, diversifying the sources of a portfolio’s return will help to not only provide stability in market downturns, but will provide a portfolio the power to stay the course over various market cycles.

I’m bullish on multifamily real estate for several reasons.  First is the basic, over-arching assumption that people normally look to rent rather than own during recessionary periods.  It simply makes sense that more people will avoid making major financial decisions, like buying a home, during uncertain economic times.  This assumption is supported by the fact that today more than 43 million households are renting instead of owning.  This represents 36 percent of all US households, which is the highest level of renters since 1965.

Additionally, demand for rental units will continue to be strong well beyond future economic cycles with the renter population expected to continue to grow through 2041.  On top of that, the demand for rentals vastly outweighs the supply. According to the National Apartment Association,  4.6 million new rental units (350,000/year) are needed by 2030 to meet projected demand for multifamily real estate, and average deliveries over the last four years were 244,000 units.  This shortage does not include the fact that over 100,000 apartment units per year are removed from the national inventory due to the undesirability of living in aging and obsolete properties.

A second reason I like multifamily is the inevitable and massive demographic shift that is affecting the renter’s and homeowner’s market.  These shifts, driven primarily by millennials, and secondarily by Gen Z and newly-renting baby boomers, are occurring while home affordability and homeownership are at an all-time low.  Census Bureau figures show that in the second quarter of 2016, the overall homeownership rate dropped to 62.9 percent–a record low in more than 50 years.  This number is expected to decline further to 60.8 percent–the lowest level since the 1950s.

Meanwhile, millennials, the largest (and most talked about) demographic in history, have no desire to plant roots.  They still carry large amounts of debt, have less than predictable purchasing behaviors, and a penchant for renting in amenity-rich urban areas that deliver an experience instead of ownership.  And now, Gen Z, just 1.9 million fewer people than the massive baby boomer population, has just entered the multifamily market. These two populations will be a huge boon to the renter market in the years to come.  Finally, a lesser known trend is that a 2015 Census Bureau Report noted that the 55+ age group had the largest net increase of renters when compared to other demographics, and more than 5 million baby boomers are expected to rent their next residence by 2020.

The third reason I like multifamily investments is its resiliency as an asset class during a recession.  Even during a recession, multifamily properties generate income from gathering rents.  While rent payments may be delayed in a recession, default rates historically continue to stay very low. This is paired with the fact that the vacancy rate for multifamily properties has hovered near the 30-year-low at 7.1 percent according the St. Louis Federal Reserve.  A low vacancy rate enables multifamily investors to justify strong rent growth and ultimately promotes investment.

All these factors mean that multifamily investments typically outperform other real estate and asset classes and increase in value through a recession.  There are a couple of reasons for this phenomenon.  First, it’s relatively easy for sponsors to access credit for purchasing multifamily properties even in a recession.  Government supported agencies like Freddie Mac and Fannie Mae will continue to provide investors with financing solutions–especially for multifamily properties–throughout all market cycles.  This isn’t always true of private lenders for businesses and other assets who usually reduce the availability of financing during downturns.  Additionally, interest rates are usually reduced during a recession.  Lower interest rates help generate additional profits for multifamily properties, and they also result in lower capitalization rates.  Both of which help to increase overall multiples on investment for real estate valuations.

The Texas economy is strong and continues to grow as one of the best economies in the US.  The Dallas Federal Reserve projected that Texas’ employment base would grow between 3 percent and 3.5 percent in 2018, and the state’s economy could grow by at least 4 percent.  This is well above the 2.5 percent to 2.7 percent in economic growth projected for the United States in 2018.

Also, the population of Texas continues to grow at a rate that is more than double that of overall US population growth trends.  The number of people living in Texas has grown from 22.5 million close to a decade ago to more than 28 million.  This number could rise above 40 million over the next quarter century and enable Texas to outperform the nation as a whole.  Even in the event of a slowdown of population growth in Texas, the state will likely remain ahead of the typical US growth rate.  Economies like Dallas, Houston, Austin, and San Antonio are consistently included on the annual list of the top 10 growing metropolitan areas in the US.  In fact, if Texas were a stand-alone country, it would be the 10th largest economy in the world.

Not all recessions are the same. They vary in length and force.  Recessions are created by specific factors that affect industries and regions differently. While the next recession may be painful for certain areas of the country, its effects will probably not be as prominent in Texas.  Texas’ healthy economy, steady job growth, robust rental demand, and low vacancy rates are trends that will continue to positively effect multifamily investments in the Texas housing market.

A recession is coming – there is no doubt. But by having a full understanding of how recessions work, you can identify the areas where smart investors will focus their efforts.  For me, this is simple: focus on investing in Texas in multifamily real estate.

Just remember…it’s going to be OK.

Ari Rastegar is the founder and chief executive officer at Rastegar Property Company.