I was born in Alligator, Mississippi, but as the saying goes, “I got to Texas as fast as I could.” No matter where you are or where you’re from, when you say Dallas-Fort Worth, you’re saying a lot more than you may think.

After years of domination by the tech-driven Silicon Valley, Dallas-Plano-Irving has secured the No. 1  spot for the last two years in Forbes “Best Cities for Job Growth.” This placement is even more secure because of the diverse sources of job growth in this region. Dallas has logged double-digit percentage job growth since 2012 in most economic sectors. U.S. News & World Report ranked DFW the No. 9 Best Place to Retire and No. 18 of Best Place to Live. Key to all this success is the affordability of single-family housing, skilled talent, lower taxes, a favorable regulatory environment, and abundant cultural and educational opportunities. 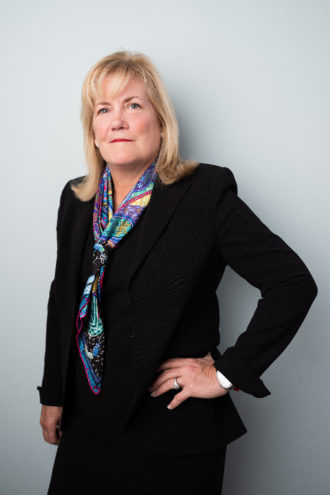 Even more, in the latest Emerging Trends in Real Estate 2019 forecast by PwC and the Urban Land Institute, DFW is back in the top spot, followed by Brooklyn, Raleigh-Durham, Orlando, and Nashville. This is largely due to DFW’s young workforce and high business start-up activity. There’s little wonder why a record number of companies are leaving California, and Texas remains their top destination, according to an analysis of net migration by the Federal Reserve Bank of Dallas.

As a result, there are a handful of real estate topics that I see gaining momentum in the coming months.

The market for industrial real estate shows few signs of slowing. And, despite the cycle’s extended run, land is grabbed almost as soon as it hits the market. The increasing prevalence of e-commerce is driving the demand for core market warehouse and distribution centers, flex buildings, manufacturing properties, R&D facilities, and refrigeration/cold storage operations. Of course, everyone wants to compete in logistics and be bigger, better, faster. All this activity has made industrial property the golden child among banks and other lenders.

Retail real estate is evolving and innovating. The rise of retailers with both a physical and digital presence, coupled with the shrinking of retail’s overall footprint, means investors and developers are aggressively considering efficient uses of space and incorporating different types of tenants. This includes health and fitness providers, urgent care medical facilities, entertainment venues, restaurants and pop-up options. Malls are becoming educational facilities and homes for seniors, while supermarkets are sprouting into self-storage facilities and data centers. Of course, this also changes how leases are written, and long-term agreements are giving way to shorter deals.

The generation after Millennials, Gen Z, includes those born since 1995. At about 2.5 billion strong, Gen Z is the most populous generational cohort of all time and will bring significant changes as they continue to enter the workforce. Gen Zers don’t think that “going to work” has anything to do with commuting. Rather, they feel that work can be done wherever they want, whenever they want. All they need is a laptop or often just a smartphone. Retail locations will be places to do something rather than buy something. Workspaces need to be walkable or in transit-oriented areas. Demands for food delivery will increase. While coworking spaces are growing in popularity, open office concepts have mixed reviews. Few businesses will completely abandon the open office concept, but in 2019, look for more companies to bring balance back to their workplace designs. All this has led to ample debate about the workspace of the future, including neighborhood concepts, clusters, quiet zones, phone booths, huddle rooms, war rooms, nap rooms, and lactation rooms. Engagement and productivity will suffer in workplaces that lack some of these features. Many are waiting for the Gen Z shift to begin; however, the time to prepare is now.

Population in the Dallas-Fort Worth-Arlington MSA is 7.23 million, according to U.S. Census estimates, making it the largest metropolitan area in both Texas and the South, the fourth-largest in the United States (quickly catching up to Chicago), and the seventh-largest in the Americas. According to projections from the Texas Demographic Center based on growth trends from 2000 to 2010, DFW’s population is expected to grow to almost 10 million by 2030. The region inspires big and bright ideas with its “can-do” attitude yet maintains a small-town feel. Everyone wants to achieve success, and the culture here is not one of lineage, but one of passion, ability, and opportunity.