While others in the industry scrambled to pivot toward takeout and delivery, the Harwood District, home to nine restaurants, has taken what has been nearly a year of closure to revamp and reevaluate its restaurant business models.

With no pressure from landlords—Harwood privately owns and operates all of its properties—the district has been able to implement a phased reopening process preceded by employee training, menu remakes, new culinary leadership, and interior remodels.

“In addition to implementing our Harwood Cares Programme, other key elements that we continue to elevate within each concept’s business model include the installation of advanced technologies as well as a deeper dive into each brand’s DNA and how we creatively express these elements in our style, culinary talents, and more.”

“Our mantra is to go big or go home,” Winkler said.

The new menu is 90 percent house-made and aims to show “what guests should expect from the food served at a concept known for its extensive beer and cocktail program,” Muskat said. 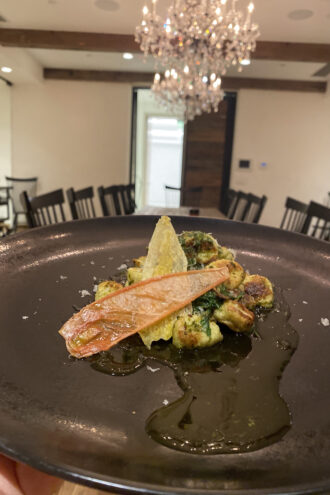 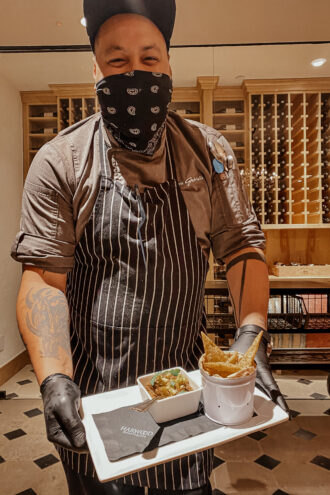 Previously recognized as an emerging leader in Zagat’s Boston 30 Under 30, Griffin began to make a name for himself in the food scene at the (now-closed) Cambridge fave East by Northeast. He went on to join Philip Tang at the snazzy Banyan Bar + Refuge and came to Harwood from Boston after a tenure at Sinatra at Encore Boston Harbor with chef Timothy Hixson. Griffin also will be behind Harwood’s new pan Asian concept, set to open later this year.

Harwood introduced Dolce Riviera to the district in 2016. The restaurant’s original vision was classic Italian cuisine—take a step back in time when the Italian and French Rivieras were simple yet elegant.

“When Dolce Riviera reopens later this summer, guests will enjoy Chef Tom’s fresh, approachable menu that is more balanced than the concept’s previous renditions. He will bring seasonality, influences from Italy’s Ligurian region, and a huge emphasis on fresh seafood to the forefront of the Dolce Riviera culinary experience,” Muskat said.

Mercat Bistro opened solely for brunch and lunch in May but recently revealed a new dinner menu.

“As restaurants were permitted to reopen following the temporary shutdown, our insights indicated that many of our guests felt most comfortable with grab-and-go service and limited dine-in experiences for breakfast and lunch,” Muskat continued.

Harwood listened to the data and built a menu that compliments the restaurant’s romantic ambiance.

“One of my favorite ways to describe Mercat Bistro is, ‘We can’t take you to Paris, but we can take you away,’ Muskat said. “This truly distinguishes when you’re at one of our nine restaurants; you’re experiencing something outside of the norm, transporting you somewhere else.”

Mercat’s all-new dinner menu was created by Executive Chef Taylor Kearney, an award-winning chef who is well-versed in French cuisine.

Chef Kearney, who trained under many notable chefs, including Charlie Palmer, Anne-Sophie Pic, and Thomas Keller, worked on the dinner menu over the course of 2020.

“We hope guests feel as if they escaped to Paris and are dining street-side in the ‘City of Love,’” he said. 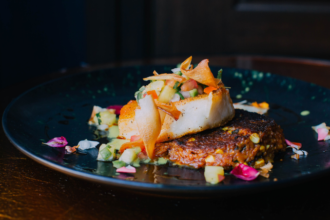 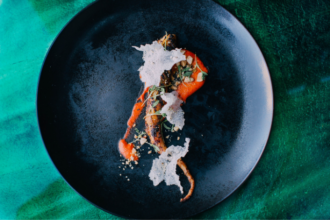 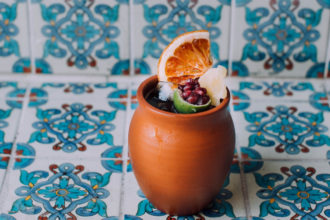 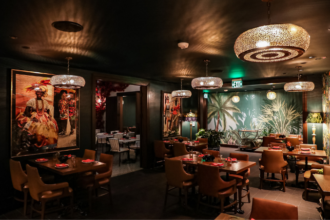 “We are beginning the year with the reopening of our Latin-inspired concept Te Deseo. Next, we’re looking forward to reopening a newly renovated Saint Ann Restaurant & Bar,” Muskat said.

Within a few months, Muskat says all nine Harwood restaurants will be up and running. Many of the previously furloughed staff have returned, and the district is on track to meet pre-pandemic staffing levels.

According to Muskat, a boutique hotel, new hospitality concepts, and retail in other markets will soon be on the way for Harwood, but first, a dip into what the district avoided earlier this year—takeout.

“What’s next for the restaurant industry is a continued focus on adaptability and diversifying the business model,” Muskat said. “In the near future, guests will see Harwood Hospitality Group introducing new initiatives for to-go and delivery.”