Neiman Marcus has announced its successful emergence from Chapter 11 bankruptcy restructuring and reorganization, securing court confirmation earlier this month. In May, Neiman’s was among the first few of a handful of large retailers to file Chapter 11 bankruptcy inthe early aftermath of COVID-19 closures.

With new owners, a new board of directors, and a new exit finance package, the luxury clothing retailer believes it has come out renewed and well-positioned to succeed moving forward—having shed $4 billion in debt and $200 million of cash interest expense annually. 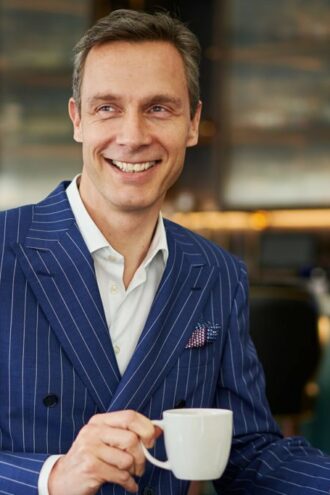 “Our new owners, which include PIMCO, Davidson Kempner Capital Management, and Sixth Street, understand the value of our brands and the opportunity for growth,” said Neiman Marcus CEO Geoffroy van Raemdonck in a release.

The new owners are funding a $750 million exit financing package, which will fully refinance Neiman’s debtor-in-possession loan and add significant liquidity to the company. Neiman’s has also secured a first-in-last-out facility led by Massachusetts-based private credit investment manager Pathlight Capital, the proceeds of which refinance existing debt and provide liquidity to support ongoing operations and strategic initiatives. Both of these are in addition to the $900 million asset-based loan from Bank of America and a group of commercial banks. Combined, the company hopes these new financial elements will lead them out of what has been a dark year for anchor stores and large retailers.

“While the unprecedented business disruption caused by COVID-19 has presented many challenges, it has also given us the opportunity to reimagine our platform and improve our business. We emerge from Chapter 11 as a stronger, more innovative retailer, brand partner, and employer,” van Raemdonck said in a release.

Van Raemdonck will remain on Neiman’s board of directors. He’s joined by Meka Millstone-Shroff, who serves as a strategic operating advisor; Pauline Brown, who most recently served as the chair of North America for LVMH Moët Hennessy Louis Vuitton and on the boards of L Capital and several LVMH subsidiaries, including Donna Karan, Marc Jacobs, and Fresh Cosmetics; Pamela Edwards, who served as CFO of the Mast Global and Victoria’s Secret divisions of L Brands; Kris Miller, who previously served as the CSO for eBay, the global e-commerce marketplace; and Scott D. Vogel, who is the managing member at Vogel Partners.

“With the successful implementation of our restructuring, Neiman Marcus and Bergdorf Goodman will continue to be the preeminent luxury shopping destinations for years to come,” van Raemdonck said in a release.

Our Stylish Soiree at Neiman Marcus Was a Success