J.P. Morgan has expanded managing director Andy Rabin’s role. He will now head up the Western region for the company’s Regional Investment Bank in addition to the Southwest region he currently oversees. 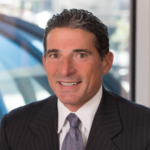 Rabin will be working closely with JP Morgan teams in Los Angeles and San Francisco as well as leadership in the company’s Commercial Banking team to grow market share. He will oversee day-to-day activities for the West Coast team.

Rabin holds a master’s in business administration from The Wharton School and a bachelor of arts degree from Duke University.

Taylor Mitcham will join the design-build construction company LGE Design Build as a project executive in the firm’s Dallas office. Mitcham previously spent more than five years as a senior associate in acquisitions at Leon Capital Group and brings more than a decade of commercial real estate experience across multiple asset classes. 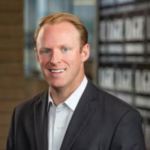 “Market demand remains consistent for the asset classes LGE specializes in, particularly in the greater Fort Worth and Dallas markets,” said Mitcham in a release. “This is a great time to join this team.”

Mitcham holds a bachelor’s degree in marketing with a minor in real estate finance from the University of Arkansas at Fayetteville. 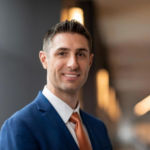 The NRP Group, a vertically integrated developer, builder, and multifamily housing manager, has promoted Alastair Jenkin to senior vice president of development for Dallas-Fort Worth, Austin, and Houston. In his new role, Jenkin will oversee all aspects of the development process for market-rate and workforce housing communities in the Dallas-Fort Worth area.

Jenkin stated in a release that he is looking forward “to continuing NRP’s work of building relationships with forward-thinking, progressive municipalities in Texas whose leaders understand the need to provide housing for populations with diverse income levels, both high and low.”

Jenkin received his master’s in business administration from Texas State University and a bachelor’s degree in civil engineering from The University of Texas at Austin. 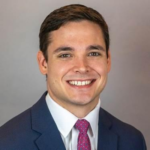 “Jordan has established a passion in cultivating trusted relationships with his clients and colleagues around the country,” said executive managing director and market leader for Transwestern’s North Texas operations Paul Wittorf. “He puts the needs of his clients first and is constantly developing his acumen to better serve their needs. His future is bright at Transwestern.” 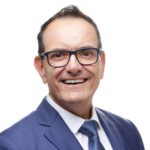 David Silva, who has more than 15 years of healthcare compliance experience and will work to amplify the company’s existing compliance structure.

Douglas, who has been with Collaborative Imaging since its establishment in 2018, brings more than 20 years of experience in developing, implementing, and optimizing information technology services and management capabilities to the table. 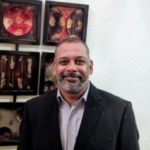 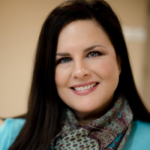 Macon has over 23 years of child welfare experience, 18 of which she accrued with Buckner. She most recently served as senior director of domestic foster care and adoption.

“Samela’s years of service at Buckner, along with experience and personal growth serving in these capacities as a proven leader at Buckner, made her the right choice to lead our domestic programs and support services,” said Buckner Children and Family Services senior vice resident Henry Jackson in a release.

Macon received her bachelor’s in science degree in sociology from Lamar University, and she is currently completing her master’s in science in leadership and human resource development at Louisiana State University in Baton Rouge.

Office Project Will Be Built With Recycled Shipping Containers