A continued public-private partnership between Arlington and the Texas Rangers, Loews Hotels & Co., and The Cordish Companies will result in an $810 million transformative development project in the city’s Entertainment District.

This expansion is the next phase of a greater $4 billion vision between the groups that began with the $250 million Texas Live!, which opened August 2018, and Live! by Loews Hotel, which opened in August 2019. Together, along with the Rangers’ new Globe Life Field, the total investment of further development by the partnership totals over $2.25 billion. 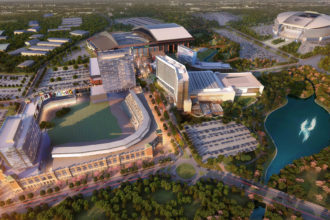 City officials say the mixed-use project will be a significant economic engine to the area and is expected to generate approximately $1.8 billion in economic benefits to Arlington and Tarrant County.

The expansion also brings with it a mixed-use residential building with 280 units and 100,000 square feet of retail–plus entertainment and Spark coworking and incubator space–a planned 200,000 square foot Class A office tower, and a public parking garage with 1,9000 spaces. 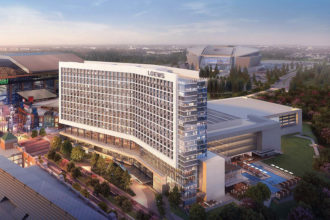 “When Loews Hotels & Co, The Cordish Companies, the Texas Rangers and the City of Arlington all come together on a project, there’s no limit to the dreams we can realize here in The American Dream City,” said Arlington Mayor Jeff Williams. This project and the recent National Medal of Honor Museum will add significantly to the city’s sales tax revenue, allow us to continue to keep our taxes among the lowest in the area, and provide the quality services our residents have come to expect with minimal public investment.” 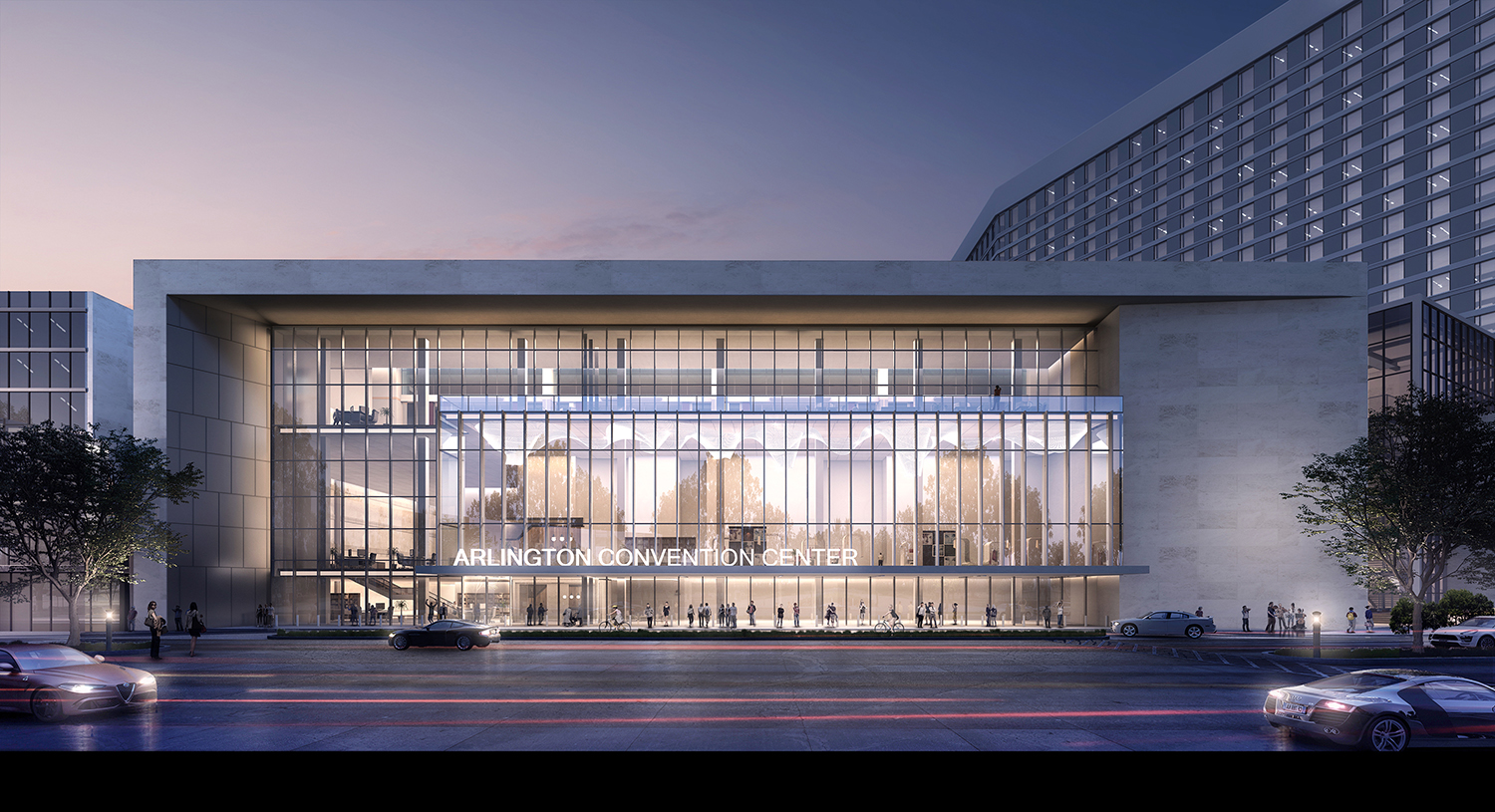 Loews Arlington will be the largest investment the New York-based hospitality company has made to date, outside of Orlando, Florida, where Loews operates and owns (50 percent) soon-to-be eight hotels as a joint venture with Comcast NBC Universal. 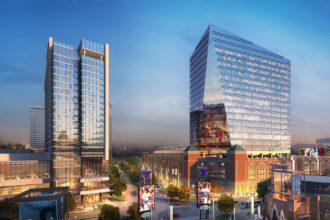 A planned 200,000 square foot Class A office tower is part of the development.

Jonathan Tisch, chairman & CEO, Loews Hotels & Co., says he is confident that with the addition of Loews Arlington, the destination will receive national prominence and recognition for hotels and lodging as AT&T Stadium and Globe Life Field did for sports and entertainment.

Construction will commence in the first quarter of 2020, beginning with the first 1,500-space parking garage on the west side of Lot J, which will be connected to the new Loews Arlington Hotel.