Dallas has a densely packed spring social season, and black tie affairs are aplenty. You may be surprised to find that there is a fancy ball going on pretty much every weekend from March to Memorial Day. It can be an intimidating landscape to navigate. So, we’ve made things a little easier by breaking down some of the upcoming formal events, and the organizations behind them. For many of these important causes, this is the biggest fundraising event of the year. Some – like Children’s Cancer Fund – pull in millions of dollars in a single night. The price of admission to this glamorous side of Dallas ranges from a couple hundred bucks to a few stacks. Take a look if you’re serious about supporting local arts, giving to local charities, or just finding a reason to dress up. Editor’s note: This list is strictly springtime soirées. We’ll be back with a guide to the big autumn events, like Crystal Charity Ball and Black Tie Dinner, come August.

Where: Dallas Museum of Art

What: The Dallas Museum of Art’s exclusive annual fundraiser celebrates Form + Function this year, centering its theme around craftsmanship in the museum’s collection. This hot ticket includes a seated dinner (arguably the tastiest in the Dallas gala circuit), a luxury auction, and an after party. Bonus: there will be excellent photo ops, beautiful florals, and maybe a couple celebrities (Anne Hathaway went once).

Wear: Black tie. Tuxes are a must. 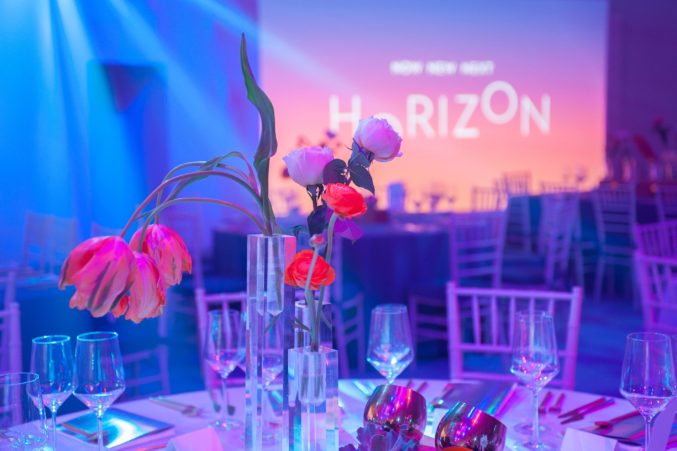 What: This formal fête celebrates the Nasher Prize, which the museum has called the world’s most significant award dedicated to contemporary sculpture. This year, the honor (and a $100,000 prize) goes to German artist Isa Genzken.

What: MTV ReDefine, a collaboration between the MTV Staying Alive Foundation and The Goss-Michael Foundation, is arguably the city’s coolest standing gala (and it’s raised more than $12.5 million for HIV prevention). In addition to the standard seated dinner and party, the event offers a stellar art auction and a special performance by Rita Ora. This year’s gala honors British artist Marc Quinn and features art curated by Unit London’s Jonny Burt and Joe Kennedy. 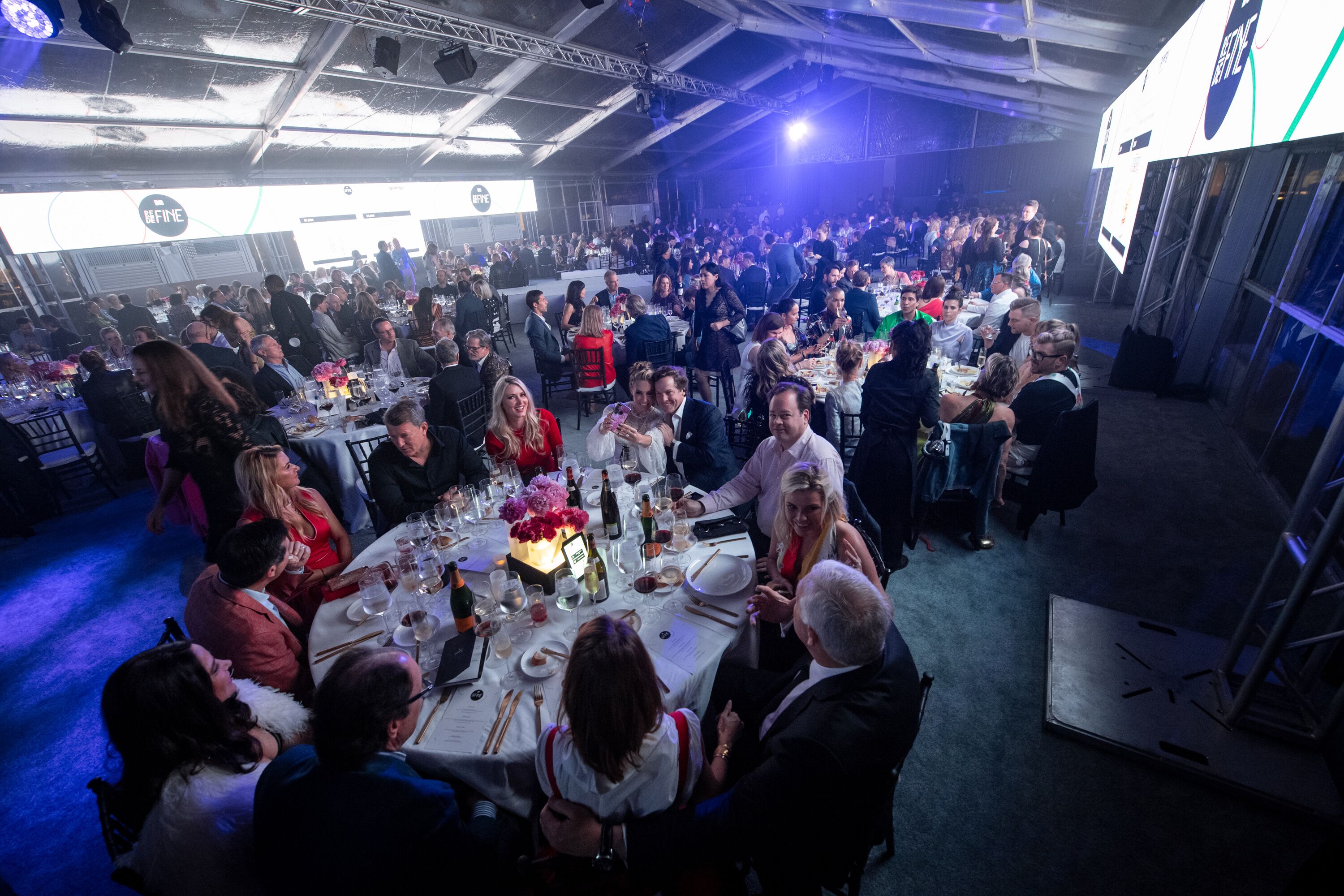 What: Kate Moss is going, are you? The inaugural Dallas Contemporary Gala will coincide with the opening of two fashion-focused exhibitions, and it’s drawing a glamorous crowd. Wine and dine with art-conscious Dallasites plus Juergen Teller, Ezra Petronio, Mario Sorrenti, and, yeah, Kate Moss. There will also be an interactive photography experience (which sounds suspiciously like a photo booth) by Yelena Yemchuk.

Tickets: Sponsorships start at $15,000. Reach out to Dallas Contemporary for more details.

Come Dance With Us! Gala

What: Texas Ballet Theater may be better known in Dallas social circles for its wintertime Tutu Chic runway show and luncheon at the Winspear, but spring brings its annual gala in Fort Worth with dinner, a TBT performance, and an afterparty.

What: It’s the 5th annual gala for the Aging Mind Foundation, an organization which has raised $2 million to fund brain research in the hopes of finding the cause and cure of Alzheimer’s disease and other dementias. Headington Companies is presenting the event at The Joule with dinner, drinks, and live entertainment from country singer Jay Allen.

Dress code: Formal. Fancier than cocktail, but not quite black tie.

Tickets: The Sterling underwriting level includes 2 tickets and will run you $5,000.

What: DIFFA/Dallas, one of the area’s largest HIV/AIDS fundraising organizations, takes the cake for Dallas’ most extra fundraising soirée. Expect an over-the-top fashion show, outlandish theatrics, and surprise guests. This year, House of DIFFA: Futuro will feature Bravo TV’s Carson Kressley, celebrity auctioneer Dana Goldberg, and a runway show with looks from Traffic LA and Forty Five Ten. Stick around for the after party with DJ Lucy Wrubel.

Dress code: Black tie, but make it fashion. This is the time to experiment. 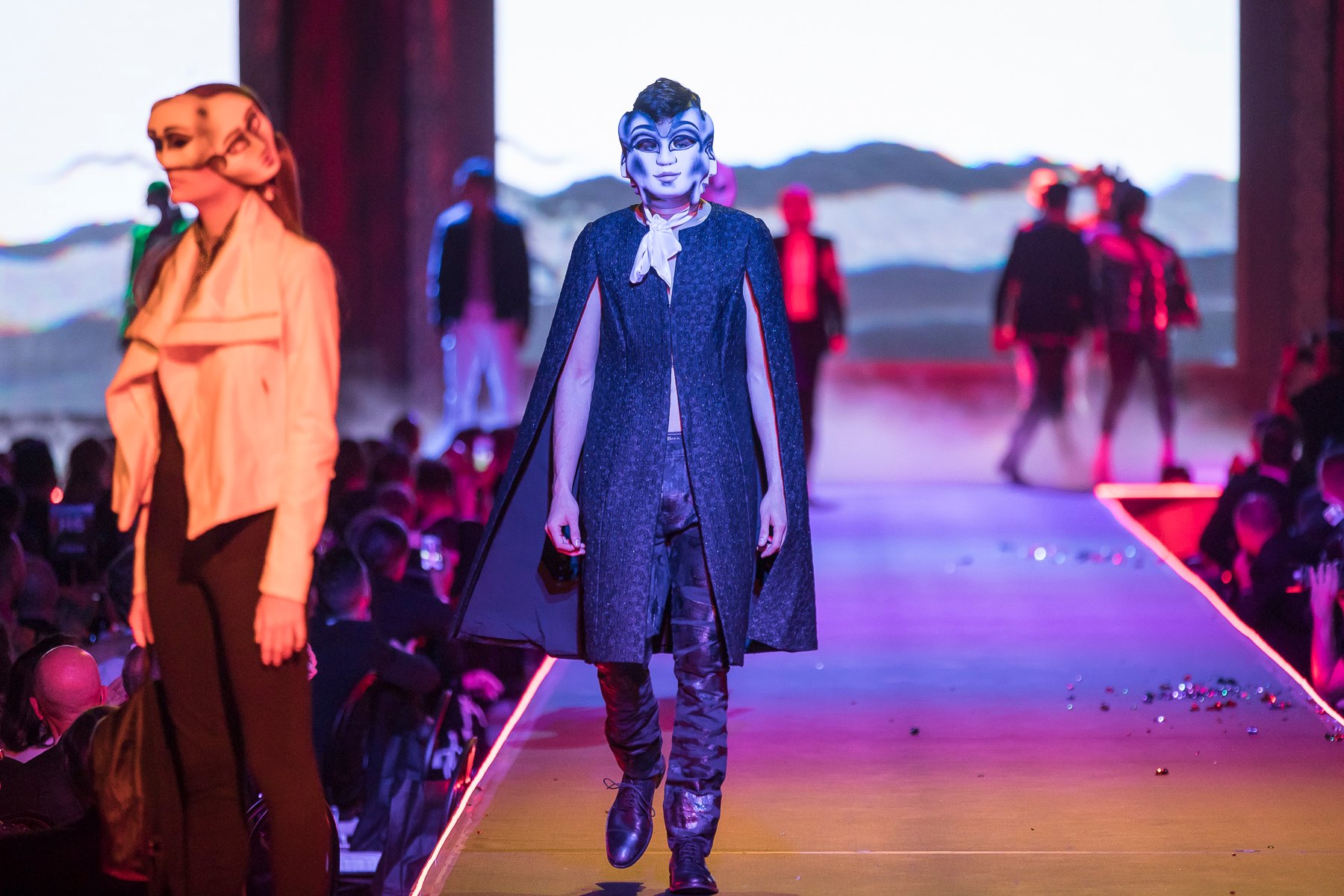 Photo courtesy of Thomas Garza and Joseph Brewster via DIFFA/Dallas.

Under the Moonlight Gala

Where: The Hall on Dragon St.

What: Ronald McDonald House gives a home-away-from-home for the families of children receiving serious medical treatment in the Dallas area at little to no cost. Support the cause at a country-cool party featuring Austin band Shinyribs.

Dress code: “Texas Chic” (throw on a bolo tie with your cocktail dress).

What: AWARE provides funding to nonprofit organizations in Dallas that provide support to those living with Alzheimer’s disease, as well as local organizations that are doing important research in the field. 2019 AWARE Affair: Blooms of Hope will include a silent and live auction, dinner and dancing.

What: The Children’s Cancer Fund is creating An Evening in the Garden with Dallas Cowboys legends Troy Aikman and Roger Staubach serving as honorary chairs. There will be live and silent auctions, dinner and drinks, a raffle drawing, and a children’s fashion show featuring patients from Children’s Medical Center. In its 30 year history, the organization has donated almost $10 million to pediatric cancer research in Dallas. 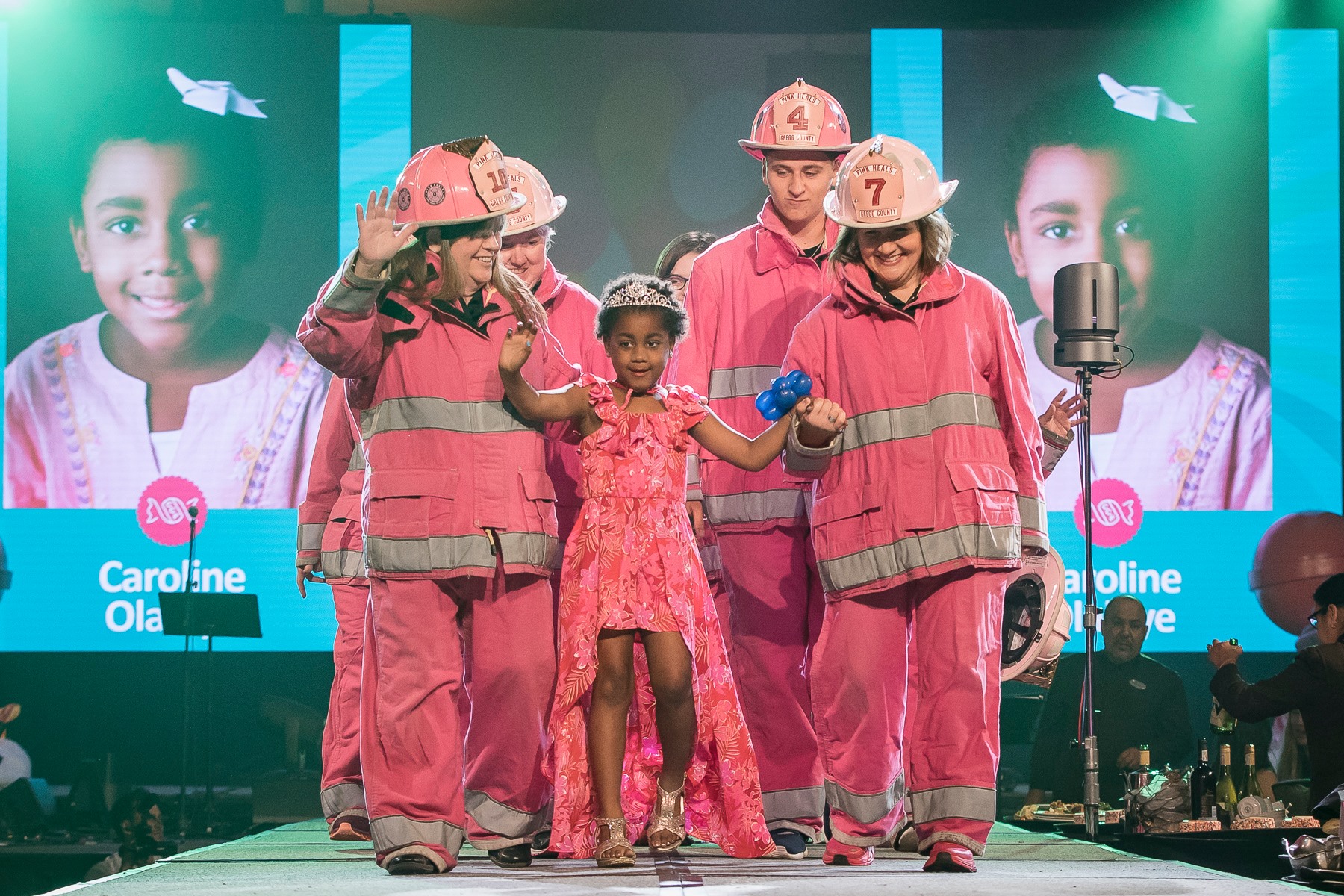 The Dallas Opera One Night Only Gala

What: Three of “America’s Hottest Tenors” (Bryan Hymel, Michael Fabiano, and Matthew Polenzani) are under one roof for this special concert featuring beloved arias and broadway tunes conducted by Carlo Montanaro. Seated dinner and an after party to follow.

Dress code: Cocktail attire, but in this case you can go more formal if you’re feeling fancy.

What: The Dallas Division of the American Heart Association has hosted this fine wine auction and celebrity chef dinner for 27 years. In that time, it’s raised a whopping $38 million and become the AHA’s largest fundraising gala in the nation. 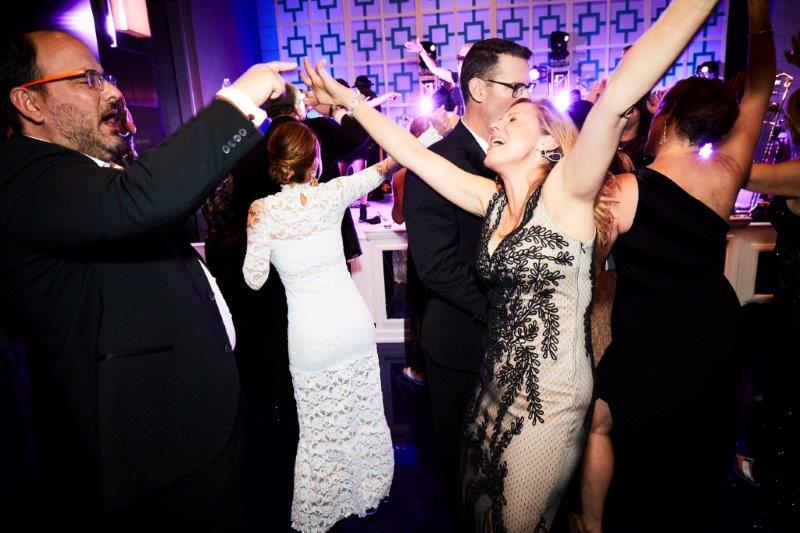 What: The Dallas Theater Center is welcoming back two of its brightest stars, Wade McCollum and Cedric Neal, for the 2019 Centerstage gala. See them in a Tony-worthy performance, indulge in a three-course dinner, and dance it up at the after party.

Tickets: Individual tickets start at $1,000. Tickets to the performance and after party only are $100.

What: Equest is a unique local organization which aims to enhance the quality of life of children and adults with diverse needs (like veterans with PTSD and children with severe anxiety) through equine therapy. This year, the annual fundraising gala has an Arabian Nights theme, entertainment from DJ Lucy Wrubel and Taylor Pace Orchestra, mini horses in a photo booth, and silent and live auctions.

What: The Greater Dallas Chapter of JDRF (the leading global organization for type 1 diabetes research) is honoring Dallas Cowboy Cliff Harris at this year’s Dream Gala. Fellow Cowboy Roger Staubach will co-chair the event with Tim Dove and Kelcy Warren. Be ready for dinner, cocktails, silent and live auctions, and dancing.

Dress code: Black tie and a Super Bowl ring if you have one. 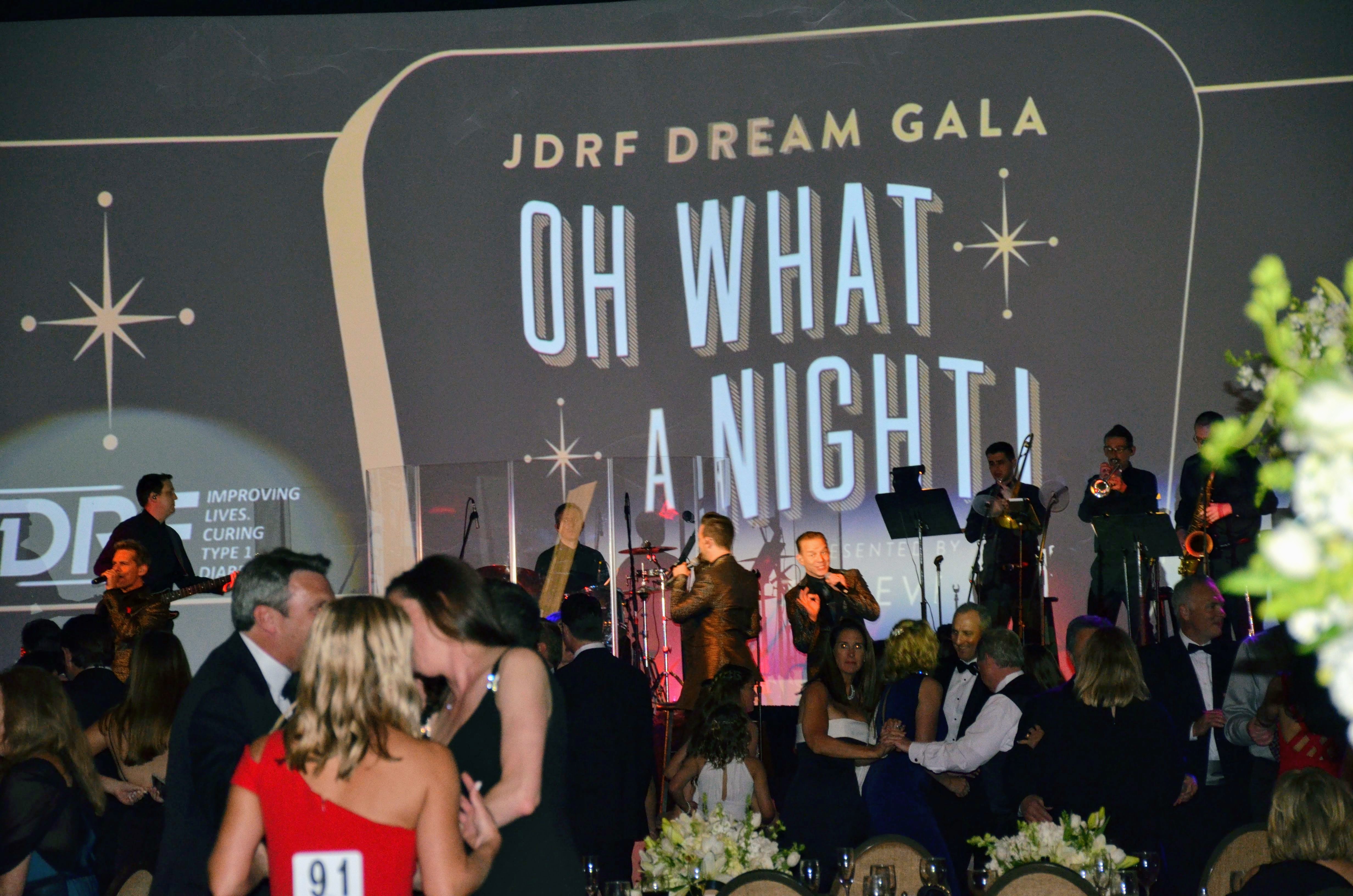 What: The Yellow Rose Gala Foundation was established by Dee and Jimmy Wynne in 1986, shortly after Dee was diagnosed with multiple sclerosis. From then until 2001, it raised more than $5 million for MS research. After Dee’s passing in 2014, her children reestablished the gala in honor of her memory and it’s become a major event on the Dallas social calendar.

Dress code: Black tie. There will most likely be yellow decor if you’re interested in matching.

What: Hundreds of Dallas’ philanthropic young professionals come together for this cornerstone event for Genesis Women’s Shelter, which provides support and safety to women who have experienced domestic violence. The lively gala includes a casino-style set-up and dancing with the Taylor Pace Orchestra. This year’s theme is Under the Big Top. 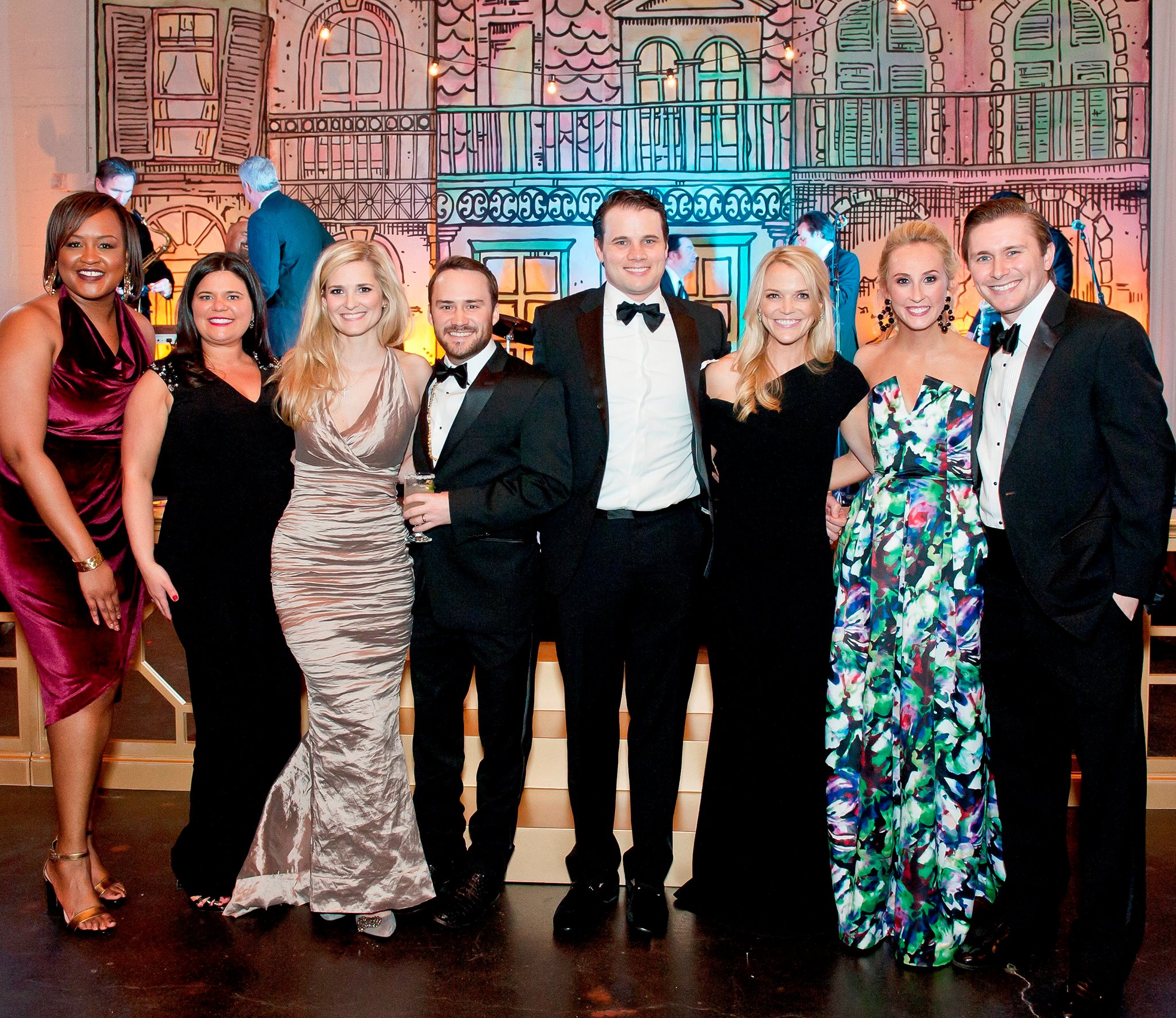