Adam W. McKinney remembers the first time he encountered the name Fred Rouse. It was in a book he had bought at the Underground Railroad Museum in Flushing, Ohio, while on tour with the Alvin Ailey American Dance Theater troupe. He read the book later, in 2007, after he’d moved to Fort Worth to become an assistant dance professor at TCU, conducting research and choreographic work that delves into racism. That’s when he learned that on December 11, 1921, a badly beaten Rouse was seized from the Tarrant County hospital by a mob of White men, who then hanged him from a tree.

The Fort Worth Telegram report at the time contained gruesome details, but as McKinney tried to find out more about the story, he soon discovered that few knew the details of Rouse’s life, and even fewer remembered the manner of his death. So he enlisted theater artist and activist Daniel Banks to help rectify the situation. “It became clear to us as artists that we needed to share this history together as a community,” McKinney says.

Tours will run Saturdays (bikes) and Sundays (cars) March 27 through May 2. Admission is pay what you can, with a portion going to the Rouse families.

McKinney and Banks, both of whose mothers were community organizers, were already partners; they founded DNAWORKS, an arts organization involved in social justice, in 2006. To tell Rouse’s story, they were determined to face and fill in the painful lacunae, uncovering what had been buried and making history visible. Countering the lack of extant images of Rouse, they created a series of tintype photographs (taken by Will Wilson) of McKinney in period clothes and choreographed a solo dance piece for him. They then recorded McKinney performing the piece at five sites linked to Rouse’s murder. 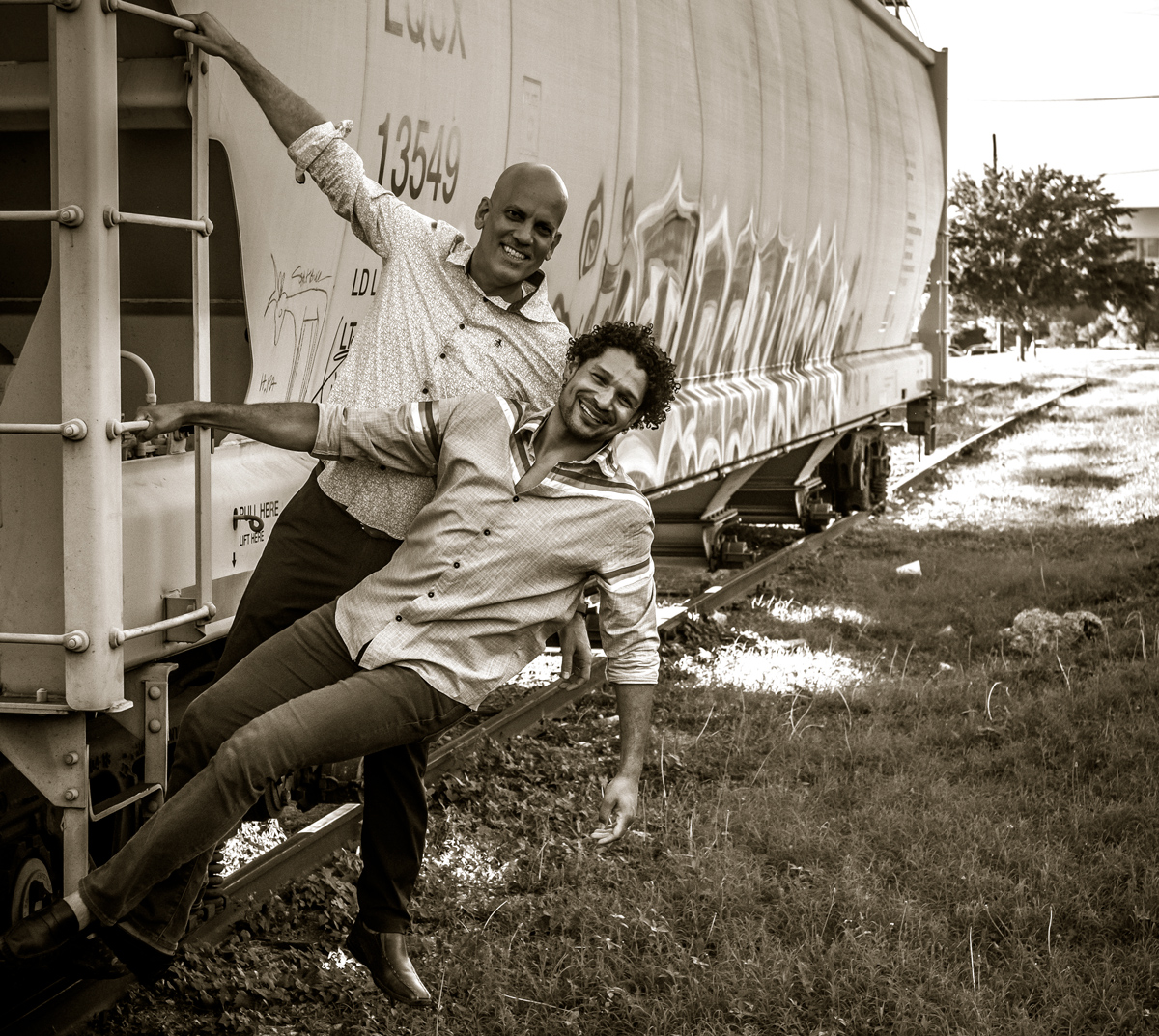 These works expanded into the Fort Worth Lynching Tour: Honoring the Memory of Mr. Fred Rouse. Working with the Tarrant County Coalition for Peace and Justice (TCCPJ), they created a bike and car tour that proceeds backward, so as not to retraumatize but “to undo those same routes.” It includes stops at the hospital from which Rouse was dragged and the New Trinity Cemetery in Haltom City, where his headstone is absent. An augmented reality app with grant-funded contributions by local artists allows users to take the Fort Worth Lynching Tour remotely. 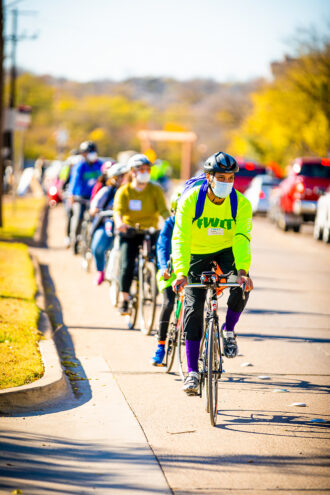 Right of Way: A bike tour through Fort Worth can help heal racial trauma by honoring the past.
Tim Brestowski

Thanks to a grant from the Rainwater Charitable Foundation, TCCPJ purchased the site where the lynching tree stood and is finalizing plans to build a memorial park there. (A year before Rouse was killed, a White man, Tom Vickery, had been hanged from the same tree.) And as part of the 1012 Leadership Coalition, they’re raising funds to acquire the former Ku Klux Klan hall that is the last site on the Fort Worth Lynching Tour. (Along with TCCPJ and DNAWORKS, the 1012 Leadership Coalition includes the Opal Lee Juneteenth Museum, Sol Ballet Folklórico, Wellman Project, LGBTQ SAVES, and Window to Your World.) The goal is to turn the building into the Fred Rouse Center and Museum for Arts and Community Healing.

In a way, though, through McKinney and Banks’ deliberate unspooling of history, those spaces have already been reclaimed.

Deah Berry Mitchell, who is probably best known for her Soul of DFW tours that feature Black history and food, has taken on a new project called Nostalgia:Black. Created by Berry Mitchell and three other Dallas women—Jill Broussard (whose photographs grace “The Best Patios for These Unprecedented Times,”), Sheree Williams-Brown, and Tia Duncan—the tech startup has developed an immersive app with QuantumERA. It lets users experience Black contributions in history while either standing at the historical location or remotely through augmented sights and sounds.

The app, which launched a beta version at the end of February, will initially focus on 10 Dallas-Fort Worth-area sites, such as the Juanita Craft House, before going national. “By developing experiences that allow users to hear and see reenactments of history by layering cutting-edge technology,” Berry Mitchell says, “Nostalgia:Black will craft narratives in a way that creates impactful, lasting impressions.” — Alex Temblador

This story originally appeared in the April issue of D Magazine with the headline, “Tour of Force.” Write to [email protected].

Correction: A previous version of this story misidentified Tom Vickery as a Black man. The error was based on a Fort Worth Telegram article about Rouse’s lynching dated December 12, 1921. The article was reprinted in full in the book 100 Years of Lynchings by Ralph Ginzburg and included the statement, “Rouse was hanged to the same tree where last December another negro, Tom Vickery, was hanged.” However, Vickery’s death certificate identifies him as White.