Eight years after moving to Dallas and opening her eponymous concept shop in West Village, Nicole Kwon has earned one of the more enviable things in retail: an extremely loyal clientele. Her shoppers span all ages and body types, and, despite Kwon’s stellar selection of up-and-coming contemporary designers (mixed with established names like Rachel Comey and A.L.C.), they aren’t really into labels. “They really appreciate what I have to offer and put so much trust into buying from us,” Kwon says. “I never promote the store, but I feel like everyone comes back.”

Her fans would likely follow Kwon anywhere, although they won’t have to go far for her store’s new location. It’s just steps away from the West Village original. Occupying an airy corner spot next to Sephora, the boutique is pure Kwon. She designed everything from the marble display shelves to the Instagram-worthy dressing rooms. And with double the square footage, she can finally stock lines she’s been eyeing, including Nanushka’s vegan leather jackets and No Promise, a Korean brand that’s exclusive to her store. 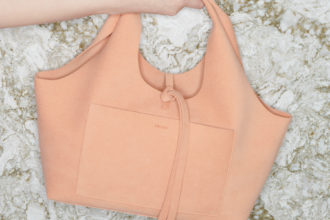 Vegan Luxe: Kwon, who has worked as a designer for Peter Som and Vivienne Westwood, has also begun creating her own pieces again. Her new bags, crafted from high-quality vegan suede from Japan, are washable, sustainably made (like many of the lines Kwon carries), and can be worn as a crossbody, clutch, or shoulder bag.
Elizabeth Lavin 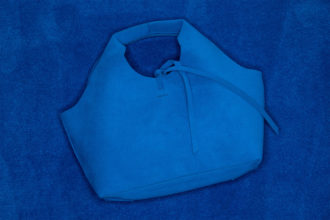 Elizabeth Lavin
Vegan Luxe: Her new bags, crafted from high-quality vegan suede from Japan, are washable, sustainably made (like many of the lines Kwon carries), and can be worn as a crossbody, clutch, or shoulder bag.

Kwon, who has worked as a designer for Peter Som and Vivienne Westwood, credits her former career for giving her an eye for buying. “I’m not a size-zero model. I’m a regular mom. I just knew what would be flattering on all different body types. Having that design background definitely helped,” Kwon says. She’s also begun creating her own pieces again. Her new bag line, Kwonn, made of high-quality vegan suede from Japan, is washable, sustainably made, and can be converted to a cross body, clutch, or shoulder bag.

As her retail footprint continues to grow, the New York transplant is grateful to the city she fell in love with. “I always wanted to live in Dallas. I just thought that people would totally understand my vision,” Kwon says. “There’s so much retail here, but our store is different. I feel so lucky.”

What’s on the Racks at Nicole Kwon? Take a Look.