Now that Nicole Kwon has doubled the square footage of her West Village store (she recently moved just around the corner, next door to Sephora), there’s more room for the designer and New York transplant to curate delicate jewelry shaped like evil eyes, stars, and hamsa. Trendy candles from cult-favorite Boy Smells are scattered throughout, and there’s a corner for children’s toys made from natural materials, a reflection of Kwon’s new role as a mother.

There’s also a more concerted focus on carrying lines that are sustainable and cruelty-free. “My vision is to really find the highest quality vegan products. Even if I can just do small things in my store, that’s important to me,” Kwon says. The extra space has allowed her to stock labels she’s long had her eye on, like Nanushka, known for their modern vegan jackets, Sydney Brown’s handcrafted, PETA-approved leather shoes, and No Promise, a Korean brand that’s exclusive to her store. 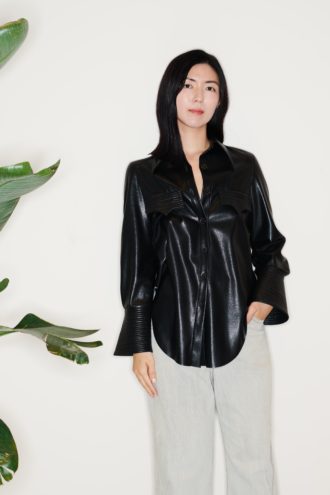 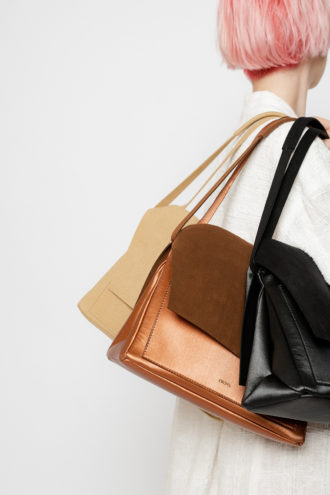 Kwon, who has worked as a designer for Peter Som and Vivienne Westwood, has also begun designing her own pieces again. Her new bag line, Kwonn, is sustainably made in New York City with high-quality vegan suede from Japan. The versatile collection features two silhouettes (a tote and a crossbody that can be converted into a shoulder bag) and is hand washable. A lack of hardware makes the pieces easy to pack and store.

Kwonn, which starts at $495, officially launches on November 4 (and are available for pre-order), though you can find the vegan bags now in her West Village store, where Kwon will host a launch party on November 8.