Sai Sankoh has an eye for color—the brighter the better. Her recently launched eponymous line of resortwear, featuring billowy caftans and two-piece sets, takes inspiration from the vibrant hues of her native Sierra Leone. “I love really bright colors,” she says, “because my country is green, white, and blue.”

Now 34, a young Sankoh fled Sierra Leone with her family in the midst of a civil war, eventually relocating outside Washington, D.C. She was working as a nurse when she started writing about fashion on the side. A few press outlets caught on to her bold style, and her blog, now titled LuxuryCheckout, took off. In 2016, after her sister expressed interest in working at the Neiman Marcus flagship store in Dallas, Sankoh booked a flight south.

“If you’re by the beach with the breeze coming through, you want whatever you’re wearing to be flowing.”

While continuing her work as a nurse, she began designing the dreamy caftans, picking out silks and chiffons, and building a rapport with manufacturers in India. As of June last year, fashion became her full-time gig, and the line went live in November.

“When I go on a beach vacation, I don’t know how to swim, so I like to lounge and walk around,” Sankoh says. “If you’re by the beach with the breeze coming through, you want whatever you’re wearing to be flowing.”

The caftans can be dressed up or down—worn over a swimsuit, paired with jeans and a tank, or elevated by heels. Confidence, she says, is the only requirement to pull off the look. 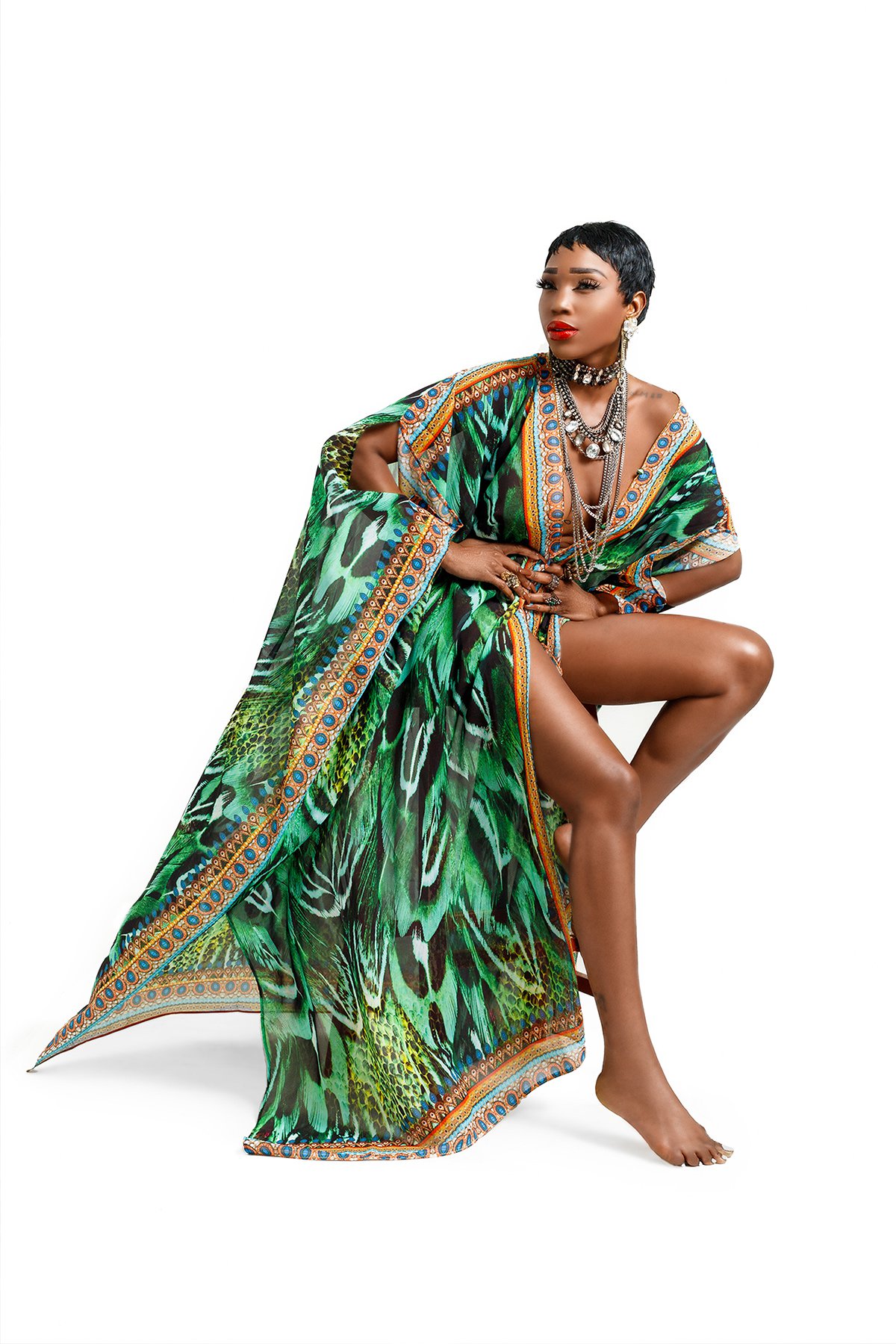 Travel Light: Sankoh’s resortwear has already piqued the interest of a Cabo boutique. The Brazil Goddess caftan that she’s wearing here is $295.

Sankoh travels to India to ensure each piece matches her vision, from the fabric to the dyeing to the printing. But she plans to design evening gowns and a fur-focused line later this year, which she will produce elsewhere. Her goal is for the resortwear to land in 20 stores, including local spots Elements and Tootsies, by year’s end.

And while she is building a beautiful life in Dallas, Sankoh has not forgotten her native land. “I would also like to open up a factory in my country,” she says, “to help get people jobs back in Sierra Leone.”