Jia Huang says she wanted her new Preston Center restaurant to offer a healthier, lighter version of Chinese cuisine than most American bastardizations. But Jia Modern Chinese is at its best when it embraces indulgence, leaning into Chinese-American standards with high-quality ingredients.

Our server recommended the honey-walnut shrimp, another dish popularized on the West Coast, saying it reminded him of his childhood growing up in California. His mother, from Hong Kong, wouldn’t make it at home, so he would always order it in restaurants. The dish arrived piled high with oversize butterflied shrimp, barely battered and fried to perfection, their creaminess melting into the honeyed sauce with sweetened condensed milk and chunks of fresh pineapple. To the uninitiated, the combination may sound bizarre. But I found it strangely irresistible.

Compare those American-influenced items to one of the best things on the menu: the traditional Szechuan pork won tons in chili sauce. A plain filling of juicy ground pork is encased in a silky won ton wrapper, steamed, and topped with a beguiling salty-spicy blend of red chili peppers, sesame seeds, and chili oil. Pair the heat with a soothing glass of Washington’s Kung Fu Girl Riesling. 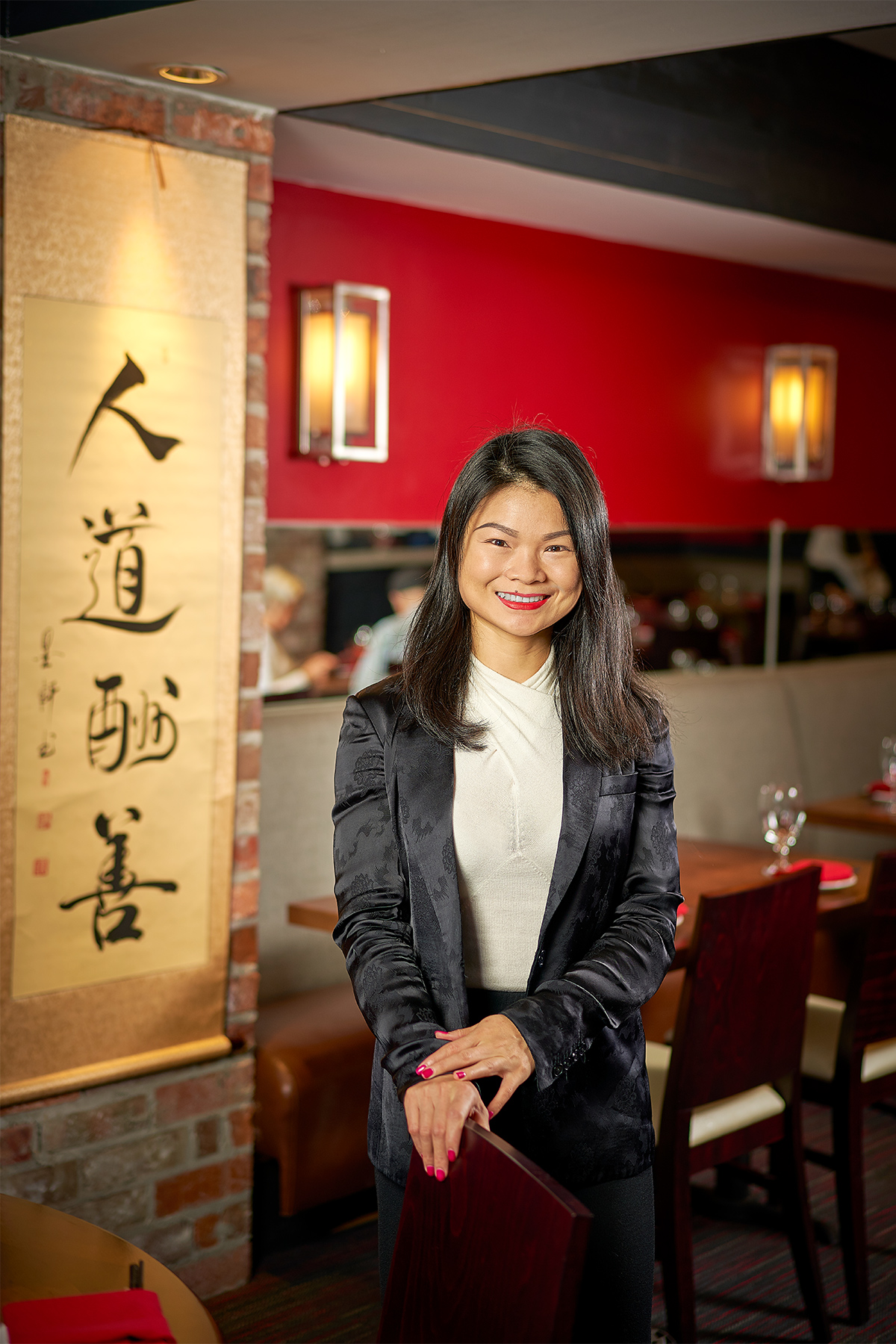 Jia Huang wondered why Dallas didn’t have a nice Chinese restaurant with traditional food, a great cocktail list, a Chinese chef in the kitchen, and Chinese staff running the place. So she opened one.
Kevin Marple

Huang grew up in China, working in the small restaurant that her father owned. She moved to Dallas more than a decade ago and has been in the restaurant and hospitality industry ever since. “I always wanted a nice Chinese restaurant that I could go and enjoy good, traditional Chinese food, plus enjoy the atmosphere with a great wine and cocktail list,” she says. “I thought, Why are there no restaurants like that in Dallas? Or, why isn’t there one like that with a Chinese chef and Chinese people there running the restaurant?”

Her opportunity came after meeting Jeff Coleman, who owned Crudo Taverna in the prime—but seemingly jinxed—two-story spot near the corner of Preston and Northwest Highway. Before a series of rapid turnovers in recent years, the property once housed Szechwan Pavilion, one of Dallas’ first upscale Chinese restaurants, for close to two decades. Huang told Coleman that if he ever wanted to move on from Italian, she thought the spot would be perfect for Chinese again. They could open a lounge and bar in the upstairs space, which had always posed a problem for tenants who couldn’t really utilize it for restaurant service. And in addition to restaurant sales, she said, they could have a thriving takeout business.

Coleman agreed. To run the kitchen, Huang hired Yongtai Chiang, a Taiwanese chef who, coincidentally, once worked at Szechwan Pavilion. They developed a menu that focuses more on southern Chinese cooking—Cantonese and Taiwanese with a touch of Szechuan. So far, it seems to be working.

“Eighty to 90 percent of the guests are coming in because they dined at Szechwan Pavilion a long time ago,” Huang says. “They were so happy that they have a Chinese restaurant coming back in that location. Everyone told me that they need a good Chinese restaurant in that neighborhood.”