I’ve always been impressed by the fleet of staff that goes into making a steakhouse experience, from the hostess at the stand to the bartender and the expert aging your porterhouse. Perhaps more than anywhere else, they bear the burden of masterminding and carrying off what for many diners is a once-a-year experience.

In light of our 10 Best Steakhouses in Dallas feature, it’s interesting to hear from the people on the other side of the dining experience. If you’ve ever wanted to get the perspective of the guy at the piano or the woman behind the wine list, here’s a sampling. Their business is making a steakhouse evening special. 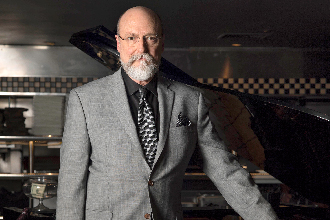 “We run a four-man piano rotation, with piano seven days a week. The players we book need to play a varied repertoire from The Great American Songbook—big-band music—but also play a pop tune. It’s important that they’re well-versed in Elton John and Billy Joel tunes as well, because we encourage requests.” 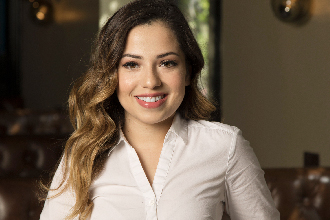 “A fun challenge with serving is keeping people in their own world, especially if it’s a couple’s anniversary or special occasion. You don’t want them to feel rushed. You check the food before it goes out. You make sure other tables aren’t being too loud. It’s like being a
little mother bear to your table.” 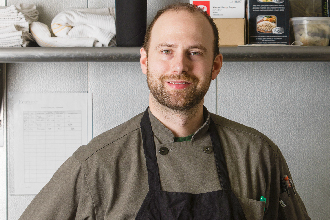 “Some steaks on our menu are aged over 45 days. We have a staple of a 90-day dry-aged sirloin. We keep pushing the envelope. That’s what keeps it interesting. It’s a science experiment but also a dining
experience. That’s also part of pushing forward and not getting stuck doing the same thing.” 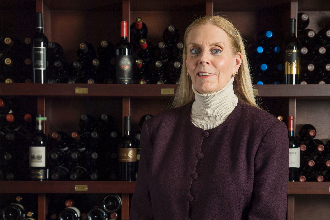 “I’ve been writing wine lists for 25 years. This is the largest. Customers hand me the list back, and I’ll pick from anywhere in the world. I like to pull out a wine that’s exactly what they’re looking for and just have a lightbulb go off. It’s fun.” 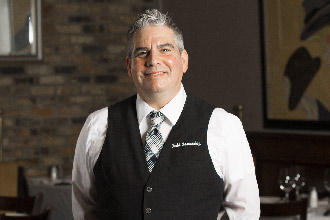 “I was a private butler in Las Vegas and have been in the service industry for 30 years. It just makes it easier, being able to handle issues with guests. It’s all about being hospitable, like you’re coming to dine at my house. As far as my stories, I just let that flow organically. ” 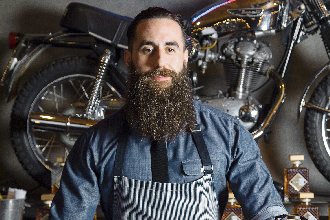 “I love that people interact across the bar, sharing an experience—sharing food as well. We have so many people that are from out of town, I like to create something they haven’t had before, something unique to that evening. People are dropping a lot of money on steaks; we’ve gotta have a flavor profile that meshes.”