Running a commercial real estate firm in Dallas-Fort Worth is not for the faint of heart. Firms here are at the top of their game, and the competition is fierce. But in a market as big and active as North Texas, there are bountiful opportunities, too. “So much of it comes down to hustle,” says Moody Younger of Younger Partners. “If you have good people and work hard and are honest with clients, you’ll get your share.”

Younger and Kathy Permenter, co-founders of Younger Partners, are part of a new leadership class in Dallas real estate, a group that also includes David Pinsel at Colliers International and Steve Everbach at Cushman & Wakefield of Texas Inc. All have been in their current positions for about two years. Younger and Permenter run their own shop; Pinsel and Everbach were both brought in to turn around the DFW offices of their respective companies. All have proven they have the mettle it takes to compete. Here are some of their strategies.

In February 2012, Grubb & Ellis, a venerable commercial real estate firm that had been around since the late 1950s, filed for Chapter 11 bankruptcy. Heading up the company’s Dallas operations at the time was Moody Younger. “No one thought it would happen, and when it did, it was bad,” he says. “Property owners didn’t want to give us assignments, because they didn’t want to get involved in a bankuptcy. And we didn’t know how long existing clients would stick around.”

Instead of making the move to Newmark Knight Frank, which acquired G&E, Younger and longtime colleague Kathy Permenter decided it was time to strike out on their own. “At first, we thought it would be just the two of us, and that scared the hell out of Kathy,” Younger jokes. But over the next couple of months, several former G&E brokers—and clients—shifted over to the newly formed Younger Partners, and the business began to take off.

Younger had gotten into real estate in the early 1990s, after working as a mechanical engineer for Mobil Oil Corp. He did brokerage work for Trammell Crow, then moved around and up the ranks, gaining experience in different areas of the business at different firms—Jones Lang LaSalle, Compass Management and Leasing, Transwestern, Stream Realty Partners, CBRE, and G&E.

He first met Permenter at Stream. In 2004, not long after he became managing director of G&E, he persuaded her to join him there and pursue new business together. They had immediate success, winning 11 account pitches in a row, and the partnership has worked ever since.

It took about a year for everyone to settle in, Younger says, and game plans had to be adjusted along the way. Initial plans for tenant representation were pulled back, for example, to concentrate on landlord services. “You may have your plan when you go into battle, but when the bullets start flying, that plan may have to change,” Younger says.

The firm has 17 employees in Dallas, Fort Worth, and Austin, and no immediate plans to expand beyond those cities. “The goal isn’t to be in the most markets,” Permenter says. “We just want to be really good in the markets we’re in.”

The company has seen returns from investments in two core areas: technology and marketing. During ramp-up, Younger says he and Permenter needed to focus on serving existing clients and getting the foundation built. “Sometimes when you’re doing that, you can get quiet,” he says. “So keeping the name out there was important.”

The coming year should bring “tremendous opportunities,” Younger says, with tenants moving to the market and buildings changing hands: “2014 looks very exciting to us.” 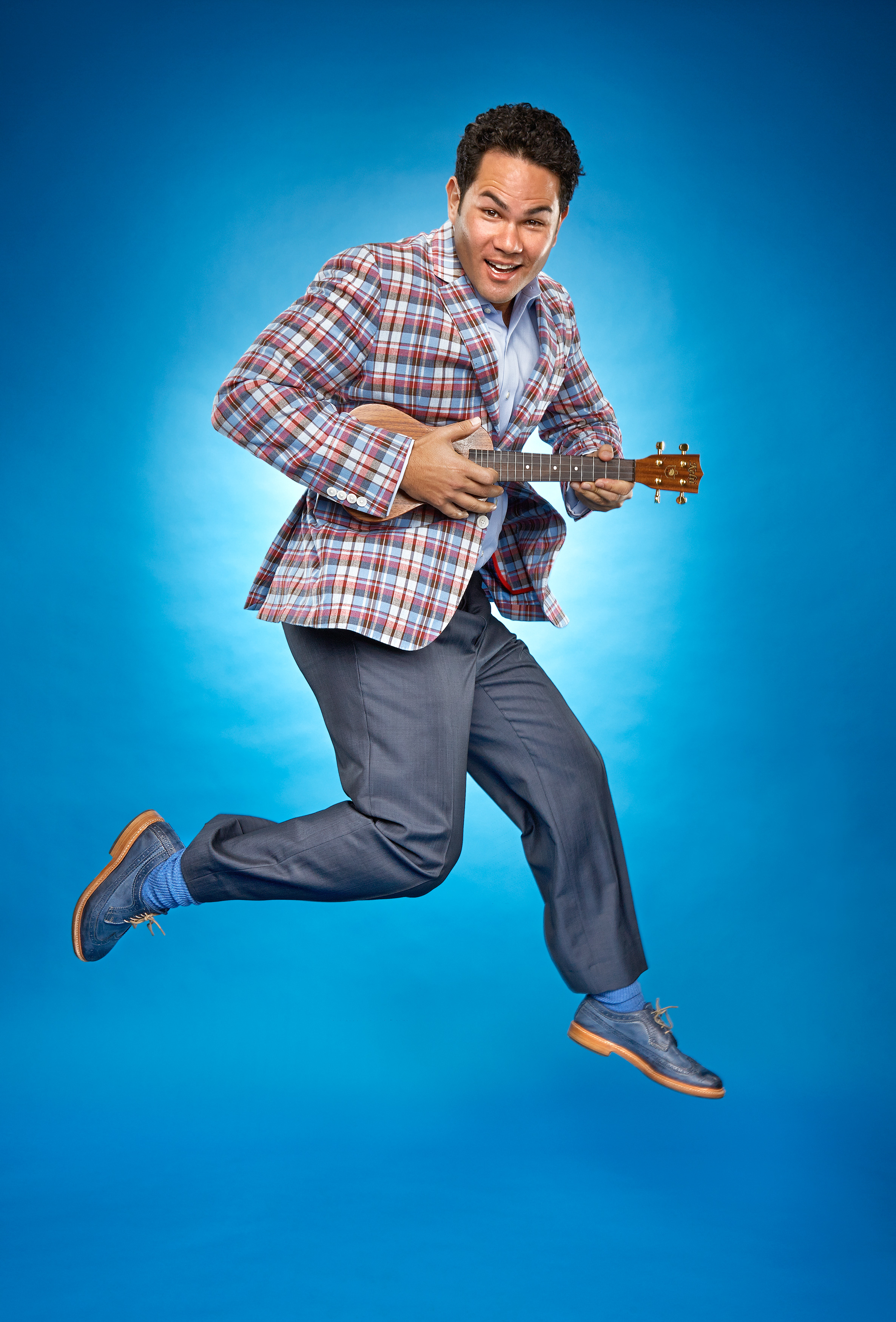 There was a lot of head-scratching when David Pinsel was named regional managing director of Colliers International’s Dallas-Fort Worth operations in late 2011. Just 34 years old, the Southern Californian had never even set foot in the state of Texas. But he had proven his worth to honchos in the home office, and they were desperate to get something going in DFW.

The Dallas branch had several top-performing industrial brokers, but, overall, had never really discovered its mojo. It was an anomaly for Colliers, a global powerhouse with more than 460 offices worldwide. The firm wanted Pinsel, a wunderkind who had built a profitable investment sales operation for Colliers Los Angeles/Inland Empire, to work his magic in Dallas. He initially turned down the job. But when the CEO repositioned it as a challenge, Pinsel took the bait.

“I was perfectly comfortable in L.A., living in one of the greatest places on earth and surfing when I wanted, but it was almost too comfortable,” he says. “It was Groundhog Day every day. I had no wife and no children; I finally realized that if there was any time to do it, it had to be now.”

Pinsel moved into The Residences at The Ritz-Carlton in Uptown. His first day on the job, having no idea where Colliers’ office was, he hailed a cab for the four-block trip to work. What he encountered once he arrived, he says, was chaos. The firm had been without a managing director for about six months. Pinsel soon realized there were cultural issues, power struggles—and concerns about his own hiring.

The new managing director gathered the troops and told them he wasn’t going to be influenced by what had happened in the past; he would focus on the go-forward. He also told everyone they had a choice to stay or go. “That rubbed some people the wrong way,” Pinsel says. “I’m indebted to leaders like Allen Gump, Chris Teesdale, Tom Pearson, and others who made the choice to stay and trust.”

He says his best decision since arriving has been convincing Jana Brown, the firm’s longtime marketing director, to take on an operations manager role. “She knows where all the bodies are buried,” he says. Making culture the No. 1 focus has been a key strategy, too. It’s all about creating an environment where people get excited about coming to work every day. With parity among the big firms in terms of resources and tools, there has to be a differentiator, Pinsel says.

“This is the most competitive market I’ve ever encountered, with the legacy of icons like Trammell Crow and Roger Staubach. No one wants a signed football from me.”

Along with recruiting, Pinsel says he’s looking to acquire a boutique firm or two to help fill retail and project leasing holes. He wants the firm to be able to cover all of the specialization needs, but doesn’t want it to get too big. “I don’t know if it means 60 or 70 brokers, but it doesn’t mean 120,” Pinslel says. “We don’t want to be the Navy; we want to be the Navy SEALs.”

After losing money in 2010 and 2011, the Dallas office of Colliers is now profitable, Pinsel says, with top-line revenue nearly doubling since the start of 2012. He gets back to the beaches of California at least once a month, but just bought a home in Lakewood and says he has no plans to leave Dallas anytime soon: “There’s still a lot of work to do. We’re still a lot closer to the beginning of this story than the end.” 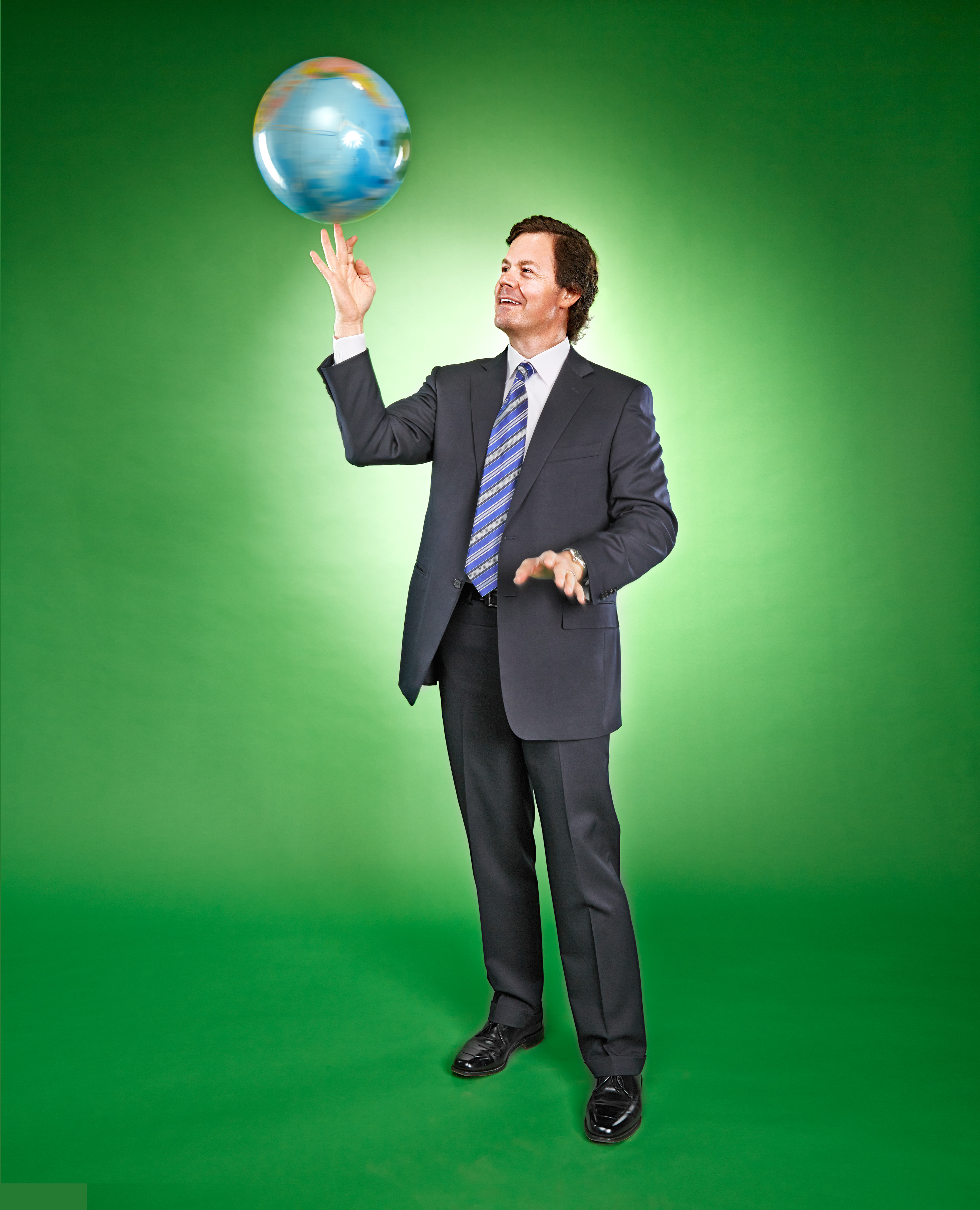 Steve Everbach was at a crossroads in his real estate career in early 2010. He had spent the past six years developing a trio of real estate projects that had gotten under way before the recession hit. “One was successful; two were life lessons,” he says. A friend mentioned that Jones Lang LaSalle may be looking for someone to run its investment services group. One thing led to another, and Everbach joined JLL. “It was a great opportunity with a high-quality organization, and it provided certainty in a very uncertain world,” he says.

Eighteen months later, the group was growing and experiencing good momentum. Leaving for a competing firm was the last thing on his mind. But Cushman & Wakefield came calling, and the offer proved too good to pass up. “The opportunity to lead an international real estate firm in a major market doesn’t come along very often,” Everbach says. “I saw it as a chance to effect change and build on a great brand—a company I knew very well.”

This time around, though, the challenges would be different. Cushman had just lost a strong tenant rep group to Cassidy Turley, and had recently fired its longtime market head.

“Cushman and Wakefield had a number of things going for it—its brand, people, and tremendous resources; but it was apparent that it wasn’t capitalizing on the resources as well as it could have in DFW,” Everbach says. “And there was a six-month period where there was no leadership. People were crying out for strategic direction.”

He spent the first three months having one-on-one conversations with all employees. He also formed a leadership committee, comprised of service-line heads, to get buy-in from senior leadership as his plan was rolled out.

One pivotal change: getting rid of work silos. Everbach arrived to find personnel segmented into different service teams. “If you’re going to go up against the fiercest real estate competition in the nation, the last thing you need to have is internal competition,” he says. Everbach reorganized the office, and the walls—both figuratively and literally—came down.

Another big game-changer was Cushman & Wakefield’s October 2012 acquisition of Cousins Properties’ third-party client services business, which Everbach helped engineer. The deal added a deep bench of professionals locally—and a portfolio of about 4 million square feet of Class A office space.

C&W’s Dallas office will mark its 40th anniversary this year. Ten of the firm’s brokers have been with the company for 25 years or more. But a full 40 percent of employees have joined just in the past two years. Since Everbach took the helm, revenue at Cushman & Wakefield of Texas is up about 50 percent. He says the firm is hitting its stride at just the right time.

“There’s a lot of momentum going into 2014, and the area’s job growth and population growth will only help,” he says. “In my 28 years in this business, these are the strongest fundamentals across the board—retail, office, industrial, multifamily—that I’ve ever seen.”