New rules from the Occupational Safety and Health Administration have added clarity for employers regarding the COVID-19 vaccine mandate, but questions remain because of legal challenges. When the Biden administration announced a series of measures to combat the pandemic in Sept., employers have been waiting for details on the requirements that will impact 84 million American workers. In the past several days, the rules have arrived and been suspended.

Here are the basics: Companies with 100 or more employees must vaccine their employees by Jan. 4 or test them once a week. Workers will be paid to get vaccinated, but the employer isn’t required to pay for testing. Unvaccinated workers must wear a mask, and in a separate but related rule, healthcare workers aren’t allowed to test weekly rather than be vaccinated. Remote workers do not have to test or be vaccinated if they never come to the office. Employers will also be required to see a copy of the official vaccination card rather than having employees self-report their vaccination status.

Around 1,100 people are dying each day from COVID-19 in the United States. The vast majority of those are unvaccinated. 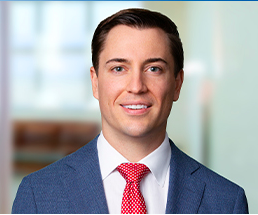 But questions remain about the ability of OSHA to enforce these policies and who will end up paying for testing. Most of the rules were expected by employers, says local Polsinelli shareholder and employment attorney Jason Weber, but the rules’ timing was unknown.

While OSHA said it would not require employers to pay for testing, it left open the possibility that another entity could force employers to cover the cost of the testing. It is possible that the Department of Labor could interpret the Wages and the Fair Labor Standards Act to say that if the workers are being required to test as a requisite for employment, they need to be compensated for their time, just as they are for vaccination.

Employers may choose to pay for vaccination because of the tight labor market and the trouble with worker retention. “The last thing they want to have is a scenario where they’re losing more employees because they are upset that they’re having to pay for the weekly testing,” Weber says. “I think you’re going to see a wide array of some employers paying, some not, and what the law says on that is still a little bit unknown.”

Some employers already require vaccination, but in Texas, things are more complicated. Last month, Texas Governor Greg Abbott’s executive order banning and vaccine mandates wasn’t followed by any state legislation codifying the ban. Still, employers are wary of rolling out an initiative that the courts may strike down with a battle between state orders and federal rules likely to play out in court.

“It’s very burdensome every time they’ve got to go out there and do something different,” Weber says. “What a lot are wanting to do is make sure they get everything right the first time. Part of that is figuring out what do we need to do and making sure that they get it done right.”

Over the weekend, a federal appeals court froze the Biden administration’s efforts to require vaccines, citing “grave statutory and constitutional” issues with new rules, Reuters reports. The ruling comes after several Republican-led states challenged the rule. The ruling will likely be appealed, but the clock is ticking. The federal government had until today to respond to the ruling. But as of now, the rules are not in effect.

Even if the rule does go into effect, OSHA has limited resources to enforce them. As of now, a first violation of the rule is a fine of $14,000, and repeat offenders can be fined $136,000. Those fines may be increased o $70,000 for a first offense and $700,000 for a repeat offender. The OSHA act that established the organization says that employees can’t sue their employer for not following its directives. However, creative plaintiff lawyers may find ways to go after companies that aren’t following the rules, should they be implemented.

When things are settled, it will clarify employers with workers in multiple states and various rules about masking, testing, and the vaccine. And for employees who are upset about being forced to get a vaccine, employers can make the federal rule the bad guy.

Soon, employers will need to develop a policy or update the one they have, make decisions about requiring vaccination or allowing testing, and figure out who will be in the office and who will be remote. But no matter what they decide, there will undoubtedly be employees who are upset about the decision, which hurts company morale.

“It’s a complicated matter,” Weber says. “This has become such a polarized issue that is politically charged for people, and it resonates on a personal level. It’s kind of a damned if you do, damned if you don’t scenario.”