There appears, at the very least, to be a communication problem between the two most important figures at City Hall. Mayor Eric Johnson and City Manager T.C. Broadnax have now gone back and forth in memos and messaging (and, on Johnson’s part, tweets) that publicly express frustration with the way city policy matters are being handled during the pandemic.

Broadnax addresses the communication breakdown outright in his most recent letter: “As the city manager, I believe it is critically important for communication to flow more efficiently from you directly to me on matters requiring my immediate attention.” That seems to be the general problem: they’re not talking to each other enough. The two do not meet regularly. The communication when things go sideways becomes public and messy, because the mayor communicates through memos and pronouncements. The disagreements between the two men muddy how business is done at City Hall. But to understand the frustration, we must pull the weeds.

On the Friday before Memorial Day, Johnson sent a barb-filled memo to Broadnax expressing his concerns and anger about the path that a policy item had taken on its way to the full City Council. In normal times, a council committee gets to needle the item and ask staff to make changes before that item goes to the full City Council for a vote. But the coronavirus has complicated things.

Johnson wanted a change to existing policy that would prioritize hiring contractors that are based in the city of Dallas, to put a thumb on the scale for local businesses during a trying time. He wanted this to be considered in one of two ad hoc COVID-19 response committees, which were formed after the city manager requested that standing committees be paused, so as to not overload staff. Those ad hoc committees vetted all of the coronavirus-related recovery items that the Council ultimately passed.

The regular committees—transportation and public safety and the like—are back in business, but the two ad hoc ones remain active as well, per Mayor Johnson’s request. And on the day that the ad hoc committee was to take up Johnson’s proposal, the other council members who made up that committee simply didn’t show up. There was no quorum, so the chair had to cancel the meeting. Johnson tweeted about this in frustration. Then he sent the memo, which blamed all this confusion on Broadnax.

The city manager had put the matter on the Government Performance and Financial Management Committee’s docket for the following day. Numerous Council members told D Magazine they saw that and decided independently to not attend the ad hoc meeting, saying it was duplicative. Tristan Hallman, the mayor’s chief of policy and communications, then told the Dallas Observer, “It’s one additional meeting a week. It’s not asking a whole lot.” 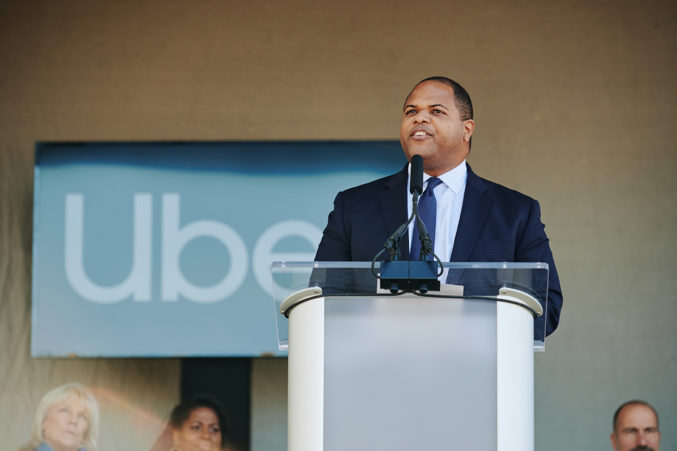 In early May, Johnson sent a different memo to Broadnax expressing his preference that the ad hoc committees take up anything related to COVID-19. The mayor preferred they remain operating even as the standing committees get going again and allowed their chairs to determine their frequency. Johnson also asked that the city manager defer to him in the event that a policy item could conceivably be placed in multiple committees.

The mayor viewed this procurement proposal as related to COVID-19. The city manager viewed it more broadly, as it would modify existing policy that would remain in place after the pandemic ends. Adopting it might also require additional city resources for procurement. All questions that would need to be hashed out. So, in addition to the ad hoc committee, he sent it to the regular committee that would’ve handled this under normal circumstances.

That brings us to Wednesday night of this week, when Broadnax formally responded with a 2,300-word letter debating Johnson’s points. He quoted verbatim from council meetings, the mayor himself, and the City Council’s Rules of Procedures.

Johnson’s memo had expressed frustration about where Broadnax placed the item. Broadnax said, “Your adamant objection to it being heard at the GPFM Committee was not clearly communicated.” Broadnax’s letter is full of anecdotes about the mayor’s staff reaching out to the city manager’s staff and vice versa and signals getting crossed. There is no mention of Broadnax and the mayor speaking to one another.

There is no standing meeting between the two, Broadnax confirmed through a spokesperson. The city manager said Johnson had not asked for such a meeting but he was open to it if these would “improve some kind of communication and alignment efforts.” He added that he believes the meetings are not necessary because they had not been requested by the mayor.

That’s quite different from how business was conducted under the previous leadership. Former Mayor Mike Rawlings met weekly with the city manager to iron out which committees would hear which items. From there, the city manager would work with the committee chairs to lead the process. Everyone felt they had buy-in.

Johnson and Broadnax both believe council’s rules give them the power to steer policy items to specific committees. Johnson points to his being democratically elected by the people of Dallas as all the more reason he should be steering this ship. But more direct communication could solve these problems and promote alignment, according to both of their writings. The procurement policy was already in place; Johnson was suggesting a change in process to give preference to local contractors. So the city manager put it to the committee that generally explores such things. But Johnson viewed it as directly related to the city’s COVID-19 response and got frustrated that it ended it up in two committees back-to-back.

These conflicting views are the sort of thing that conversations can change. Compromises can be made. Memos can be avoided. Instead, Johnson sends Broadnax a testy, formal note, which Broadnax then sends to the entire City Council. Because of that, the public starts to notice apparent dysfunction at the top.

“Although I continue to provide direct access to my staff,” Broadnax wrote in his response, “I am always available to discuss with you and the City Council priorities and administrative matters that I need to provide clarity and guidance to my team.”

On Thursday night, the mayor retweeted a Dallas Morning News story about how Broadnax had not yet reactivated the Community Police Oversight Board, calls for which took up most of the public comment on Wednesday’s meeting. His tweet: “What’s the hold-up? The city manager should allow these meetings to resume ASAP.”

Broadnax was not in the mayor’s mentions, but here is how the city manager ended his response: “Please feel free to reach out to me if you have further concerns.” (And on Friday afternoon, Broadnax announced the board would begin again the week of June 8.) Below is the full email.

T.C. Broadnax to Mayor Eric… by goodmoine on Scribd