Before Matthew Randazzo took over as head of the Dallas Foundation last year, he spent 20 years leading nonprofits around the state, the last of them atop the Dallas-based National Math and Science Initiative. That means he’s now experienced philanthropy on both sides. Before, he was advocating for funding to run his organization. Today, at what was the first community foundation ever established in Texas (in 1929), he works with donors to funnel money to the right causes.

The trick is determining exactly what right means. Every community has its priorities—Randazzo lays out what he sees in Dallas below—but a donor brings to the table their own set of interests. What Randazzo loves about his work is the challenge and opportunity that presents, running the two conversations side by side, engaging a donor’s interests alongside the larger conversations about the problems in this city. With North Texas Giving Day about a week out, he answered a few questions about doing community philanthropy in Dallas.

D Magazine: There are so many causes out there, I’d imagine it can be overwhelming to try to figure out who’s doing work that’s worthwhile and making a difference and, unfortunately, who is taking advantage of donors. Is part of the goal of the Dallas Foundation to sort through this ocean of nonprofits and say, well, this is where you can give and have the impact you’re looking for? 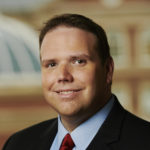 Randazzo: I think you’ve described it well. As a sector, community philanthropy—for the past several generations—has operated largely as a nonprofit bank or a philanthropic back office for well-intentioned, high-net-worth individuals who want to quote-unquote do good in their community. Increasingly, the 21st century model of community philanthropy and what we’re leaning into is how do we hold, on equal grounds, donor impact and donor intent with community impact.

So a big part of our role is to really understand some of the on-the-ground realities. One in three kids in this community live in poverty. There are between 3,000 and 6,000 kids every single night who don’t have a safe place to lay their head, who are couch surfing, in hotels, in cars, or in homeless shelters. We know that if you are low-income or are a student of color, your access to youth mental health services is critically low and it just sets those kiddos on a trajectory to not be able to reach their full potential.

But ultimately, we recognize that our donors have a host of interests and passions that may be well beyond child poverty or access to really high quality early learning. So, how do we help them make the most impactful gift if they really care about animal companion welfare or they really care about the arts? One of the superpowers of the Dallas Foundation is the ability to meet donors where they are, to help them develop a strategy to execute against their philanthropic wishes, but concurrently to sort of draw them into this discussion about what’s holding Dallas back and how they can be part of making this an even better community where every person can thrive.

We spend a lot of time tracking the things that happen at City Hall. What is the role of philanthropy in solving the issues you name?

I think one goal of philanthropy is to provide both risk capital and catalytic capital for some of these big rock issues. We need to come in in advance of government and public dollars. We need to be a bit of an R and D funder. We’ve seen a little bit of reluctance from philanthropy to play that role nationally and in this community. There’s a trend of wanting to always pick a winner. Philanthropy loves to come in and give the last million dollars of a big initiative, not the first million dollars.

The Child Poverty Action Lab is a great example of this philanthropic community coming together and saying you know what, we know it’s a problem that we are the fifth-most generous giving community in the country, the fastest-growing MSA, among the wealthiest MSAs in the United States, and we’ve got this ridiculous racial wealth gap. I can’t easily intellectually square those things. Alan Cohen has done a great job in getting philanthropy to take a risk position, to support something new because we know that Dallas is better than what we’re currently providing to kids across this community. We need to be as willing to invest in a CPAL as we are to invest in an organization like Momentous Institute, which has a great track record of success in this community.

North Texas Giving Day is the most successful giving day in the United States. As someone who led nonprofits for 20 years, it felt like we were often in the nonprofit hunger games. All these nonprofits competing with one another. Philanthropy setting out often wildly unrealistic and unfunded mandates. You get to the end of the discussion and they would say, ‘Oh, by the way, we don’t fund overhead.’

You’re thinking to yourself, ‘I’ve got to make payroll, I’ve got to make rent, I’ve got to make sure that the talent is in this place to actually do this work on behalf of the community.’ One of the reasons that I’m such a big fan of North Texas Giving Day and why the Dallas Foundation activates and mobilizes our donors around it is because it provides critical operating resources for these nonprofits in a way that most philanthropies do not.