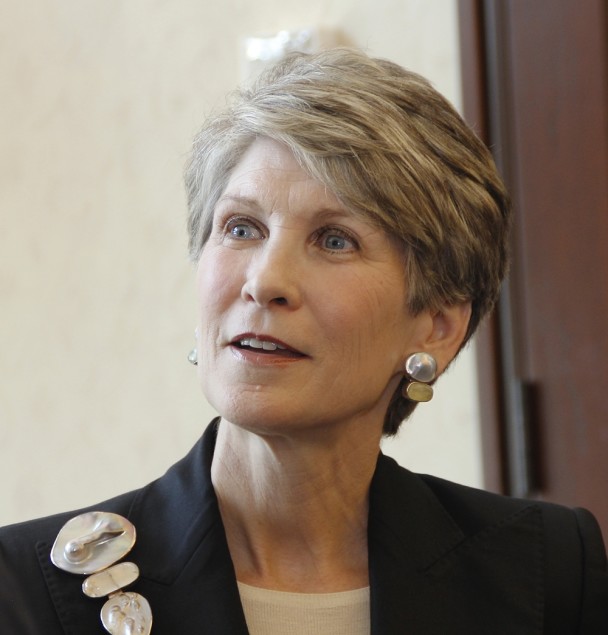 After months of sniping and outright confrontation with District 13 Councilwoman Jennifer Staubach Gates, Laura Miller may be deciding at the 11th hour to run for Dallas City Council. She has until 5 p.m. Friday to file, so she’s certainly cutting it close. Miller needs just 25 signatures on that petition to get on the ballot. As of Thursday, she had not filed the required campaign treasurer appointment form. However, on Thursday afternoon, the president of the Athena condos in Preston Hollow emailed the message below soliciting signatures: 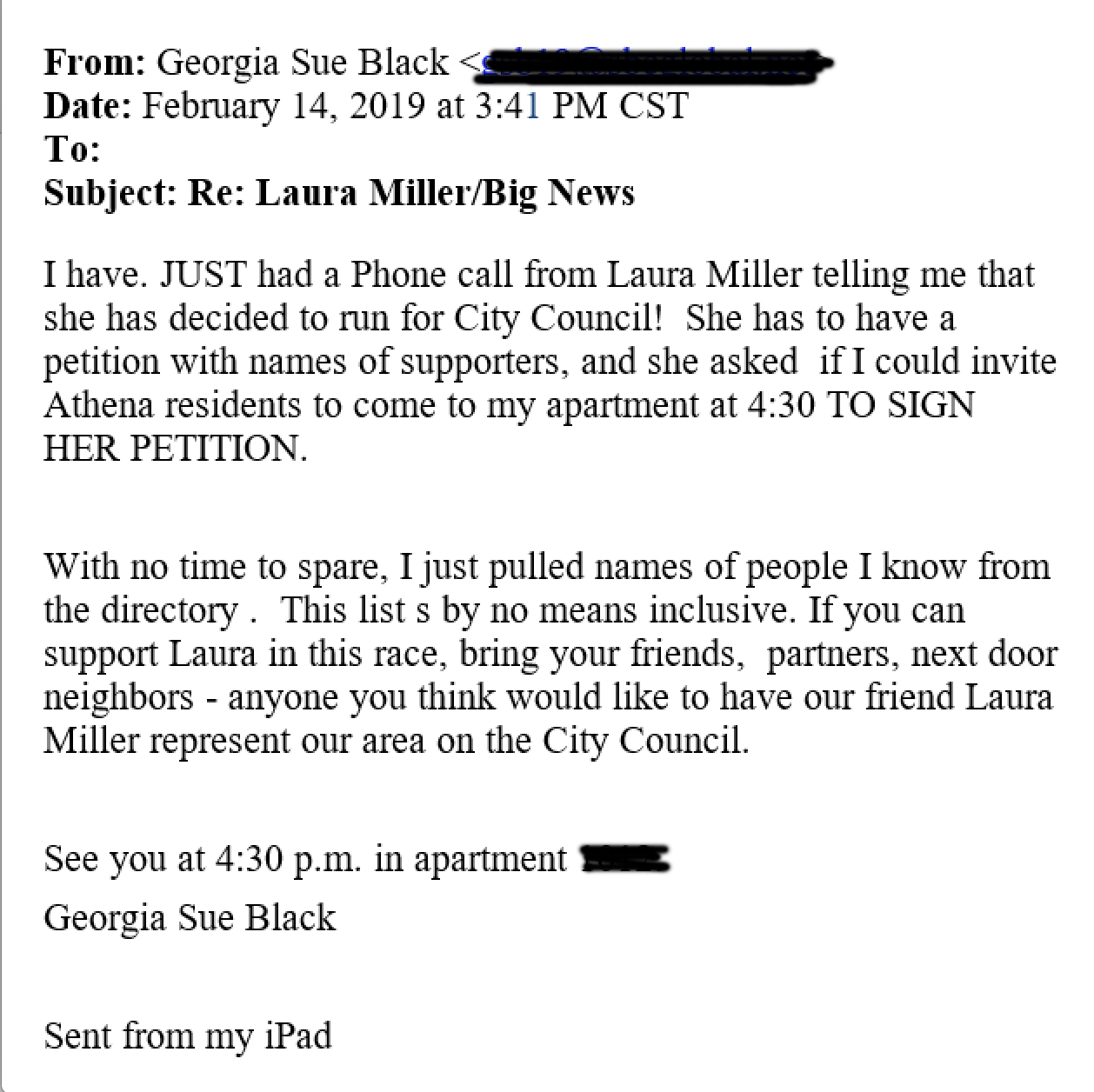 Miller has been squaring off with Gates at every turn surrounding redevelopment in and around Preston Center, both in the Pink Wall and the St. Michael’s and All Angels proposed development at Frederick Square. Miller has written oppositional editorials in The Dallas Morning News and Preston Hollow People and has challenged Gates publicly at community meetings.

Honestly, I was waiting for a Miller-supported candidate to arise to oppose Gates. I am surprised it’s Miller herself. From journalist at the Dallas Observer to City Council member in 1998 to two-term mayor in 2002—a return to the City Council would be a retracing of her career.