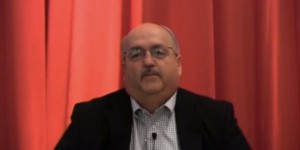 [Ed: This post was corrected. An earlier version incorrectly said that the pension had been raided by the FBI. In fact, a financial firm called CDK was raided. The firm had offices in the same building as the pension and had a cozy relationship with Tettamant.]

This morning, as I read the news that the Dallas Police and Fire Pension System is foundering and needs millions upon millions in taxpayer money to stay afloat, I thought of one man: Richard Tettamant. He’s the guy who did this. There are others who are culpable for the mess we’re in now — the junket-taking cops and firefighters who sat on the pension board over the years, the feckless City Council members who did the same — but Tettamant is the man. He was the head of the snake.

I spoke with someone this morning who closely watches the workings of the pension fund, and this person said the liability generated by its bad investments and shoddy accounting would bankrupt most cities. The pension wants a $36 million life raft from the city right now; it soon could come asking for hundreds of millions more. This mess spills over into every corner of the city. Hiring more cops, fixing our third-world streets, building a 50-mile trail loop, funding arts groups, hiring a management team to run Fair Park — it is all put in jeopardy because of the pension mess. Oh, and the city-owned buildings. Our own Peter Simek recently used his house key to gain entrance to the DMA’s art vault, because the elevators there are in such a sad state. Between the DMA and the Meyerson and everything else, the city has $58 million in major maintenance needs at its cultural facilities. Good luck with that. Tettamant has likely torpedoed it all.

So let’s briefly remind ourselves how we got here and then have a look at how Tettamant is faring these days, shall we?

Many, many years ago, the pension was run from an office in City Hall. Tettamant worked there. He was a city employee, and the city manager controlled his operating budget and how much office space he could have. Wanting more autonomy, Tettamant maneuvered to change the pension’s operational structure, turning it into a pension system, and moving the thing into its own building on Harry Hines. Along the way, all those city employees had to be transitioned over; they became pension employees.

Tettamant had already worked so long for the city, though, that his personal pension remained with the Employee Retirement Fund, the city’s civilian pension. So while he was buying $20 million houses in Hawaii and taking nice trips to see how the pension’s investments were holding up, his money was safe. As he made risky real estate investments all over the place, taking out variable-interest-rate loans from Japanese banks to build speculative projects (see: Museum Tower), then overvaluing the pension’s holdings on its books, his money was safe.

It is entirely possible that in 2014, as it became increasingly clear that the pension he ran was in serious trouble and Tettamant stepped down, he was already drawing his pension from the much more stable and responsibly run Employee Retirement Fund. At that point, his salary was about $370,000. Sweet deal if you can get it.

And today? According to his LinkedIn profile, Tettamant works as a senior advisor at a real estate investment firm called — wait for it — Ethika. The firm’s site says the name comes from “Aristotle’s most influential work, in which he states logic, perseverance, and goal-directed ethics are key principles in achieving success.”

As we know, back in April the FBI raided the offices of a financial firm that had close connections to the pension and officed in the same building. I have a favor to ask of John R. Parker, the U.S. attorney for the Northern District of Texas. Please, when this thing finally goes to trial, ask Tettamant about Aristotle and goal-directed ethics.

In the meantime, I think every cop on the Dallas police force should be familiar with the name Tettamant. He doesn’t live in Dallas. But surely his work for Ethika periodically takes him into the city whose first responders once entrusted their retirement money to him. Should he ever be pulled over, the cop who does so might wish to express his or her thanks.