If I could make a crystal-ball prediction, it’s that you’ll have a new hangout on Saturday mornings, starting February 8. The spot is La Casita Bakeshop at 580 West Arapaho Road in Richardson, off U.S. 75, a new storefront that shares a strip with a pupuseria. The reason? Bread and sweets. The timeframe? Saturdays—and that’s it.

La Casita Bakeshop isn’t a new name in baked goods. Maricsa Trejo, the woman behind the bakery, has been mastering insanely finicky laminated doughs for a good while. While her prolific pop-ups have spanned the city, this new proper bakeshop will be some place Trejo can directly engage with her pastry-adoring followers. “[It feels like] I’m in 8th grade. I’m just gonna talk to people,” she says of being a public face. “It feels less like stage fright.”

The Saturday lineups features mini cakes the size of a teapot (Trejo, astonishingly, fits five layers in that tiny space) and bagels by the dozen. And bread—sourdough, and a swirled rye, whose swirl is a traditional Jewish rye mixed with German pumpernickel, plus what they R&D’ed as something that would be a “not-quite-Mrs.-Baird white loaf.” Kids were the best test-cases for this. “I gave one to my seven-year-old niece and she ate the whole thing,” spread with nothing at all, Trejo says, laughing. She’ll always have slices of white bread with peanut butter and jelly for instances when a kid, who isn’t a fan of sourdough tang, is hungry. She gets this. 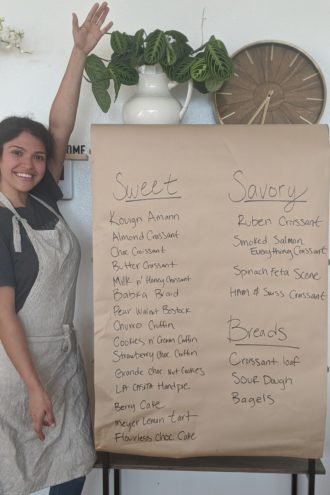 Trejo was a pastry chef at Small Brewpub, and she was on the savory side before that. She discovered her love for baking when working with Lucia Merino at Oak and did a stint in New York with pastry chef Stephen Collucci. While at Small Brewpub, Trejo started delving into the world of croissants on her own account. She had always wanted her own pastry shop, but her partner Alex Henderson convinced her to do wholesale. They bought a used sheeter on Craigslist for $2,000, and together they started La Casita Bakeshop. The rest was pop-up history.

Soon, we were eating croissants at Cultivar, Communion, Moka, and the Statler Hotel coffee shops. She made them with dark chocolate, freighted with almond paste and dusted with powdered sugar, or with ham and Swiss—essentially a Croque Monsieur without the béchamel. Shatteringly buttery and delicious, they became the gold standard. “We’re having a croissant moment,” I wrote, and Maricsa Trejo was the unrivaled queen of croissants.

Then pop-ups followed at venues like Peaberry and Parks Coffee. A trail of crumbs from a pastry-loving fan club followed behind for treats like cruffins—the flaky, spiraled marriage of croissant dough in a muffin tin—in flavors like Boston cream pie, Key lime, and cinnamon sugar; chocolate-cherry babka, with its whorls of dark against light; ridiculously good peanut butter and jelly doughnuts; and pear-walnut bostock, essentially French toast slathered with the luxury of walnut cream. 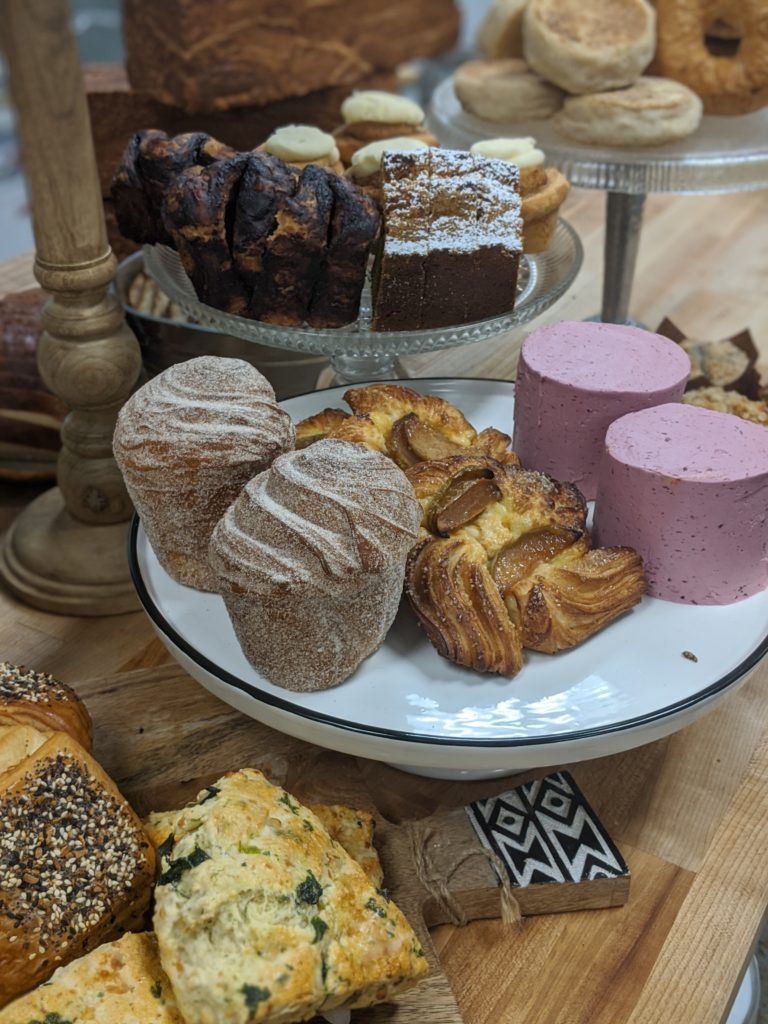 Now, think of this new address on Arapaho, Trejo and Henderson’s production space as of last year, as an extension of those pop-ups. Plus bread. Plus a feeling of home.

It’s been a long time coming, this storefront that floods with natural light. Earlier in January, they were done creating the front room, a welcoming, simple, airy space with places to sit—an armchair and a rocking chair they sourced from an estate sale—a lightly vintage air and a bookshelf full of books you want to read. Crack open a pastry book to find an inscription (“They’re sweet little notes,” says Trejo) from Lucia Merino, because it was a gift, from before Merino left to open a bakeshop in Puerto Rico, when Trejo was still dreaming of her own. The other table in the room, where you might set your coffee while balancing a kouign amann or smoked salmon “everything” croissant, is quite literally the couple’s kitchen table.

In the last few months, they’ve hired someone to help with prep, and a driver and a croissant-sheeting impresario. Why not open all the time, every day of the week? This is what Saturday looks like for the couple: they open for us—for their fans, who have clamored for months—from 9 a.m. until they sell out (tentatively, around noon). They then rest a minute, drive their own Saturday drop-offs (this is one of two days they give their employees off), before diving back into prep. If they’re giving us this time, it’s because a deep part of Trejo still just wants to hand you a slice of warm bread slathered in butter.

Now, they have room to spread out, to make it the space they want it to be. To invite others in—at the wooden table that Henderson made with his mom. “We want people to feel comfortable.” To feel like a casita. It’ll be that—and it’ll be more, a home for what has been a moveable feast.