Chef José Andrés to Open Zaytinya at The Star in Frisco

A Michelin-rated chef to make a footprint in Frisco. Texas.
By Nancy Nichols | December 16, 2016|8:00 am
Advertisement 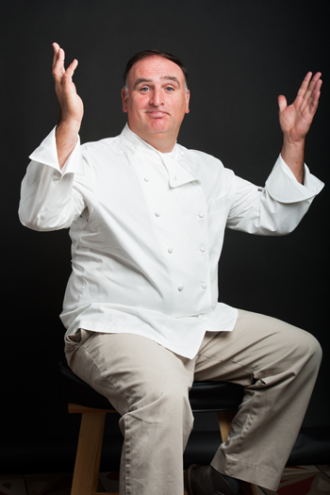 You all know José Andrés, the affable, talented fingers-in-everything chef, author, culinary innovator, humanitarian, and TV star. He’s also the chef being sued for breech of contract by president-elect Donald Trump.  Andrés and his ThinkFoodGroup have 27 restaurants from food trucks to fine dining establishments such as Jaleo at The Cosmopolitan of Las Vegas, Fish at MGM National Harbor, J by José Andrés at W Mexico City, Bazaar Meat at the SLS Las Vegas and The Bazaar by José Andrés at the SLS Hotel Beverly Hills and South Beach, along with Bazaar Mar at SLS Brickel.

Now comes word that Andrés’ ThinkFoodGroup and the Turkey-based d.ream (Doğus Restaurant Entertainment and Management) have partnered to open Zaytinya Restaurant, a restaurant featuring Turkish, Greek, and Lebanese food, at “The Star” in Frisco, the world headquarters of the Dallas Cowboys. The Star is also home to a bazillion corporate offices, a practice facility, a football stadium, and hotel. Zaytinya will open in Building 6W of the development at 6655 Winning Drive, and will feature a modern, authentically Mediterranean decor and accommodate up to 250 diners.  This will be the second location of Zaytinya Restaurant. The first opened in Washington, DC in 2002.

The press release doesn’t mention an opening date, but sheds light on the menu:

Turkish, Greek and Lebanese cuisines, Zaytinya offers an innovative mezze menu. With a focus on small plates, guests are encouraged to share the authentic and innovative fare. Complementing the meal are creative cocktails as well as unique Mediterranean wines, hand-selected by Wine Director and Master Sommelier, Andy Meyers.

Frisco calls itself Sports City, USA. And it isn’t wrong. But how did the Cowboys and the Mavericks and the Rangers and the Stars and the PGA and all the others get here?
By Mike Piellucci
Health Systems

Frisco, Get Ready for Rumble

The boutique, “boxing-inspired” gym, which has a cult following across the country, is set to open three North Texas locations by the end of 2022.
By Catherine Wendlandt
D Magazine Directories