These vegan nachos are a force to be reckoned with.
By Catherine Downes | March 11, 2015|3:00 pm
Advertisement

I popped into the Spiral Diner in Oak Cliff over the weekend. It had been a few days since I’d last eaten a vegetable, and my body was aching for wholesome, vegan sustenance. There was a bit of a wait — roughly 20 minutes — so I grabbed a beer and people-watched. I had a minor buzz going on by the time I was seated, so I immediately ordered a shot of ginger juice, and a plate of nachos supremo. I’d eaten a lot of queso that previous week, and was curious to see if Spiral’s non-dairy version was still as appetizing as I remembered. It was.

The nachos come smothered in cashew and bell pepper vegan “cheese” (the recipe remains a mystery — you can call and ask them for it, but you won’t get far — but there are similar cashew and bell pepper “cheese” recipes all over the net), black beans, quinoa, black olives, tomato, green onion, corn, pickled jalapeños, and cilantro. They’re then topped with two hearty blobs of guacamole and non-dairy sour “cream.”

These are some of the best nachos I’ve eaten. The heaping pile is fresh and creamy, and doesn’t leave you feeling like you just consumed an entire block of processed cheese. I’m convinced that if apprehension is pushed aside, some of the most carnivorous, cheese-loving, nacho-buffs in town could be swayed by Spiral Diner’s mound of topping-covered tortilla chips. I certainly was. 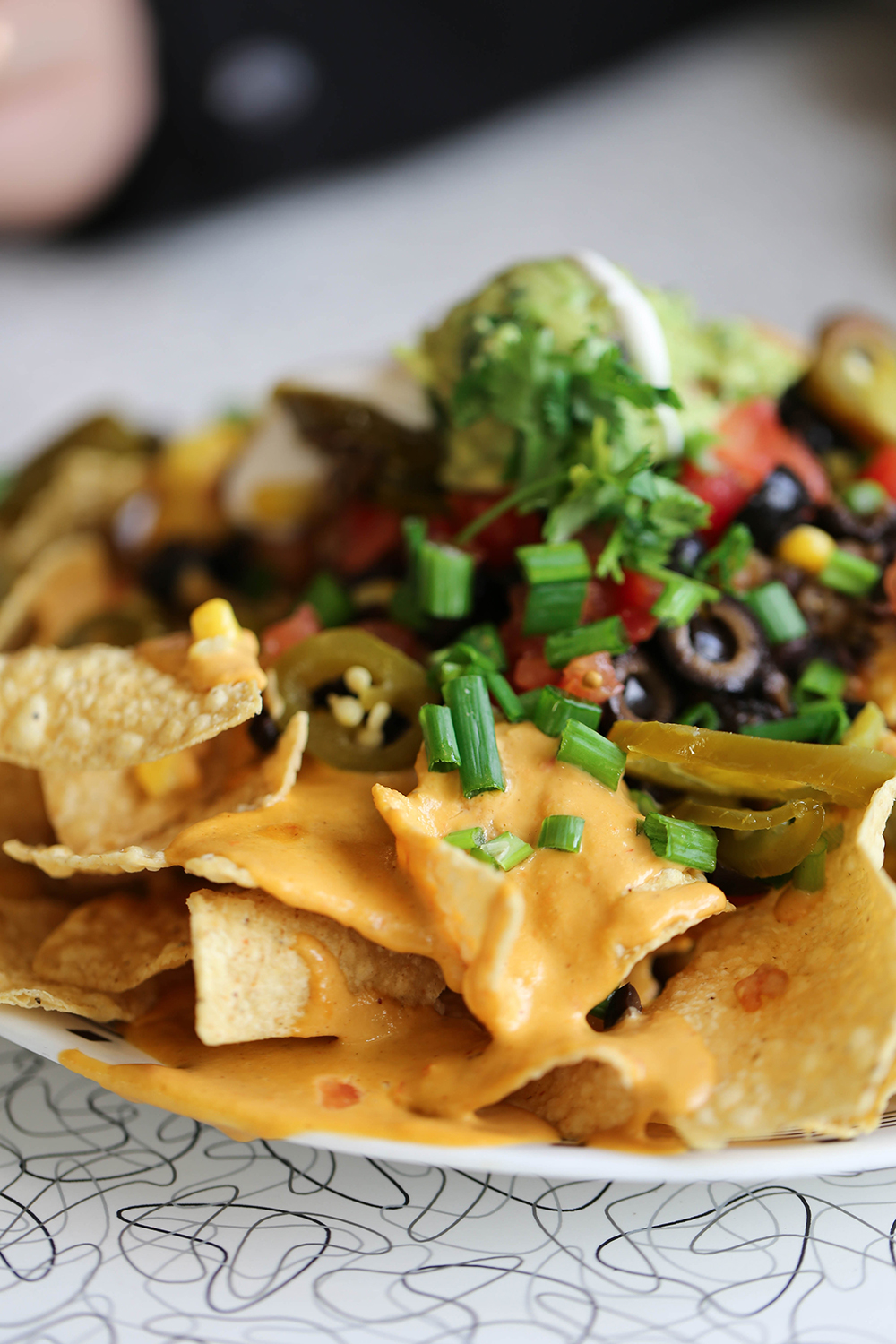 As part of KERA’s 29th season of its “Frame of Mind” series, director Elroy “EJ” Johnson’s film, “A Food Justice Story,” shows the resiliency of communities of color.
By Rosin Saez
Lunch Box

Garland Has a Great New Spot for Vegan Tacos and Tamales

There's also a talk with local Black farmers to kick off the February calendar of events. Registration is open now.
By Rosin Saez
D Magazine Directories