Historically, gateway markets such as New York, Boston, and San Francisco have positioned themselves as the “gold standard” for international investors to deploy capital. Major companies focused on these cities due to talent, limited supply constraints, and an educated labor force. 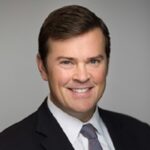 However, if 2020 showed anything, it pointed to these cities’ potential flaws, including massive shutdowns, high taxes, and a large exodus of population. This year, California’s population shrunk for the first time in the state’s history.

Fast-forward to today, global investors from global markets such as Saudi Arabia, Korea, Hong Kong, and London that have significant capital to invest in should consider Dallas. Here’s why:

According to the Dallas Regional Chamber, the greater Dallas area includes headquarters for 42 of the Fortune 1000. Large companies that call North Texas home include McKesson, ExxonMobil, AT&T, Kimberly-Clark, Charles Schwab, Southwest Airlines, American Airlines, 7-Eleven, GameStop, AECOM, Comerica, and Toyota North America, to name a few. With friendly taxes, ample land for development, and a free open labor market, Dallas will be the next HQ2 for many companies, such as Goldman Sachs and its HQ2.

According to a study by Spectrum Location Solutions and Stanford University’s Hoover Institution, Texas is claiming the headquarters of California companies at more than four times the rate of its nearest competitor. Nearly half of the companies that moved from California so far this year have landed in Texas, according to WFAA. It’s clear: People vote with their feet.

Dallas-Fort Worth led the country in population growth last year, adding 120,000 residents from 2019 to 2020, according to the U.S. Census Bureau. Just recently, Amazon announced its plans to hire 11,000 workers in Dallas-Fort Worth and offer $1,000 sign-on bonuses. Additionally, Transwestern research highlights how urban density is here to stay as Dallas is expected to become as big as Chicago by 2035. Dallas remains well-positioned and could experience growth dynamics similar to the 1980s energy boom.

The PwC’s Emerging Trends in Real Estate® Report named Dallas the No. 4 market to watch in 2021 and the No. 1 market in its 2019 ranking. The report highlights that “cost-conscious companies will gravitate toward cities that are business-friendly, feature low cost of living and include large, growing workforces.” This description perfectly matches Dallas.

As companies continue to enter the greater Dallas market, they will need high-level consultation with site selection and workspace strategy.

Dallasites have their sights set on the future. Institutional capital would be remised to overlook Dallas when investing in commercial real estate based on positive fundamentals and demographic growth.

As they say, “Don’t mess with Texas.”