It’s no secret that New York and California impose crippling taxes. New York’s state income tax can be as high as 10 percent and California 13 percent. Texas is zero percent. Now, more than before, millions have been considering moving to warmer lower-taxed cities where their dollar goes further, and their state government doesn’t take such a devastating bite out of their paycheck.

Expect more investors from New York and California in the coming years. What was already a trend before the pandemic will only be accelerated due to burdensome taxes and regulatory barriers in both state—and landlords there have had enough. 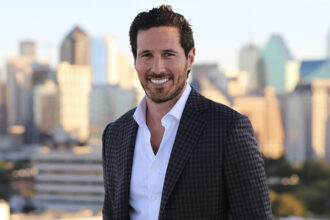 Even before COVID, North Texas was becoming the place to invest. We added more new jobs than anywhere in the country due to our central location, business-friendly regulatory environment, lack of state income tax, and relatively affordable housing.

Texas attracted more than 140 corporate headquarters in the past decade. And according to the Governor’s office, Texas has even more potential corporate relocations and expansions in the pipeline than before the pandemic.

Dallas, for example, has a 56 percent lower cost of living than Manhattan. To make matters worse, both Governors Cuomo and Newsome have indicated that taxes will rise, creating a vicious cycle. These states will have to raise taxes to make up for their newly departed taxpayers, which will spur even more migration to markets like North Texas.

When it comes to multifamily regulations, New York and California are quite possibly the worst, making it exceedingly difficult to do business there.  For example, in New York, the Housing Stabilization and Tenant Protection Act (HSTPA) prevents landlords from raising rent to the legal maximum for lease renewals and eliminated the vacancy bonus that allowed landlords to raise rents by any significant amount, even after investing in large necessary items like boilers and new roofs.  While investors could previously rely on future rents rising as they renovated units or converted them to free market, that option is no longer available.

California recently passed the Tenant Protection Act that capped rent increases and made it more difficult to evict tenants.  And there’s currently a measure on the ballot that would institute vacancy control statewide, whereby a landlord would only be able to increase rents a maximum of 15% over what the last tenant was paying for that same unit. 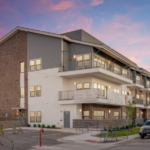 Park 7 in Fort Worth

In Washington D.C., there’s the Tenant Opportunity to Purchase Act (TOPA).  This actually allows renters to form a tenant organization where they receive the right of first purchase once they are notified that their property is up for sale.  This can sometimes delay the closing by years. And versions of this are being proposed in states like New York and California as well.

Texas, on the other hand, imposes far fewer regulations.  While property taxes are slightly higher, there are no sweeping rent control measures.  And there’s no limit on security deposits. Parties can enter into their own agreements for repairs, laws favor landlords when it comes to violated lease conditions, and only a three-day notice is needed to evict non-paying tenants.  In short, it’s easier to do business here, and the secret’s out.

The pandemic will only further push out-of-state investors to North Texas.

The shutdowns were less restrictive here, so we shed fewer jobs than the national average with Mesquite, Arlington, Southwest Fort Worth, and the Farmers Branch/Carrollton submarkets leading that demand.

With lower cap rates, investors in markets like New York and California historically counted on strong appreciation, but with residents fleeing the coasts, the rate of future appreciation is debatable. So it’s no surprise that our team has had an overwhelming amount of calls from new groups based out of those markets daily.  Going forward, I’d expect ever increasing demand for multifamily product in North Texas and the surrounding markets.