At a time when our grocers, our restaurants, and our retailers can meet your needs not just in-store but with delivery and pick-up, it’s important to realize how critical they are to our communities. They’re called ‘community’ and ‘neighborhood’ centers for a good reason.

And in retail, small tenants are showing they can be just as powerful as the big guys when it comes to attracting traffic, sales, and customer loyalty.

That’s one reason why Dallas-Fort Worth and our other major Texas metros are seeing occupancy jump while new construction declines.

New space is still being built, which (almost) goes without saying in a market like Dallas-Fort Worth. We’ve got economic growth, job growth, and population growth that leads the nation. And that creates a lot of retail demand for goods and services. 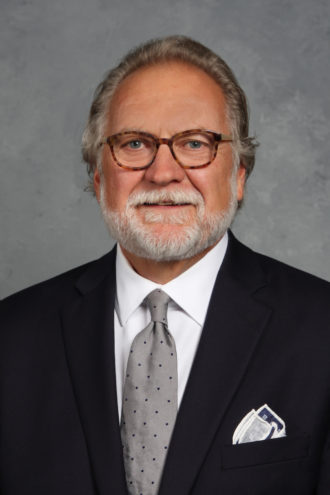 But in today’s ‘shop everywhere’ environment, the big guys are focusing a lot of attention on existing stores to make sure they perform at the highest level whether the customer buys in-store, online, and picks up at the store or schedules delivery.  That’s one important factor behind the slowdown in big anchor expansions.

Today’s smaller tenants are expanding because they provide experiences, products, or services not easily found online. We all know you can’t visit the dentist or get your hair cut or your manicure online.

And while you can get restaurant food delivered, the waiting lists and crowded dining rooms around D-FW remind us that most of us still enjoy the social aspect of dining out.

The numbers in D-FW tell the story.

Even though occupancy rose over the past year, construction declined. D-FW added only 1.8 million square feet of multi-tenant retail marketwide during 2019. That was down from 2018’s also-low total of 3.5 million. This is a market that less than two decades ago would add that much square footage in a single submarket.

The decline is the result of a lot of factors, including limited anchor expansions, rising construction costs, diligent lending standards, and extensive redevelopments.

Reason 3: The numbers tell the story

To see the growth in the small-tenant base over just the past five years, Weitzman looked at the most typical small tenants found in an ideal community or neighborhood center.

We looked at three key categories of small tenants in retail centers: Restaurants, Health and Beauty, and Medical and Dental.

For Restaurants, the numbers are even more telling. In five years, the number of small-format restaurants in our database grew from 2,971 to 4,614.

And restaurant growth is widespread. We survey a database with 1,417 multi-tenant retail centers, and 1,139 of these centers host at least one restaurant location.

The Neighborhood Center category includes smaller unanchored retail strips from 25,000 square feet to as large as 100,000 square feet. This category, occupancy-wise, has typically been the weakest in D-FW. To make my point, just a decade ago, we reported that Neighborhood occupancy was an abysmal 83 percent.

But the multi-family boom has densified many of our neighborhoods, and smaller tenants looking to serve this density are giving small strip centers new energy. As a result, the Neighborhood category is reporting the highest occupancy we have ever seen: 92.5 percent.

More proof of the big power of the small tenant!

Run-of-the-Mill Retail Won’t Work. Times Square is What We Want