One of my favorite paintings in the Dallas Museum of Art’s permanent collection is a piece by Pierre-Auguste Renoir titled “Blonde Braiding Her Hair.” It stopped me in my tracks the first time I saw it in its gilded frame. The subject has her back to the viewer, a gauzy white under-thing draped around her waist, one breast exposed in the shadows as she arranges her flaxen locks. Yesterday, I encountered the piece miles from home at the Kimbell Art Museum, where it’s on loan for Renoir: The Body, The Senses. The exhibit of figure paintings, which first debuted at the Clark Art Institute in Massachusetts, has garnered both high praise and a Me Too-era reckoning among art critics. They’re not denying that it’s a visually stunning survey, but that doesn’t make them dislike Renoir any less. 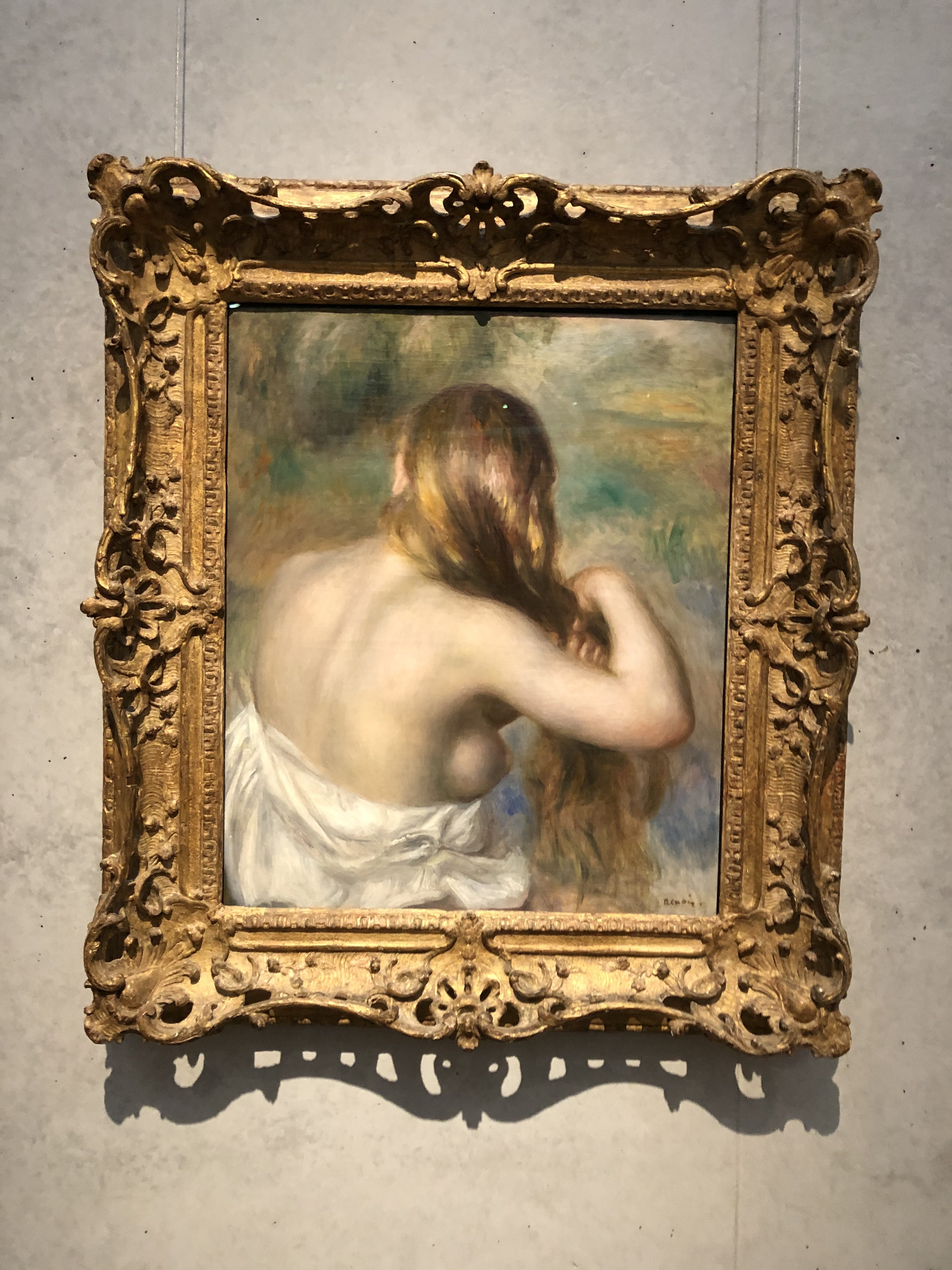 The artist is considered a misogynist almost as widely as he’s considered an impressionist. The general consensus is that Renoir had an obsession with objectifying the female body; that his work represents a male gaze which never saw past a very specific standard of beauty; and that he reduced his models to the same generic vision of round breasts, pillowy hips, and little waists.

That’s the main point that critics for the New Yorker and Hyperallergic make in their reviews, which I frankly found pedantic and slightly ironic. Both writers (men) express their discomfort in viewing the exhibition. Both say the Renoir made the women look like dumb sex objects. And, after flexing their political correctness, both come to the conclusion that it’s important art, anyway.

I had a different experience, but then, I wasn’t aware of the artist’s reputation. And honestly, I couldn’t care less. Historically speaking, most people were sexists. As a woman in the world, I can confirm that plenty still are. Renoir was probably a misogynist, but to say his work is tainted by that seems to discredit his subjects. Why should we assume they didn’t have any agency in this?

Sexualization doesn’t always equal sexism. Maybe these women wanted to look sensuous, to be seen through rose-colored glasses. Perhaps this was their liberation from rigid Victorian corsets and morals.

Several of the women portrayed in The Body, The Senses were frequent muses of Renoir’s, and they weren’t usually naked in his work. His wife Aline Charigot was the subject of his famous “Blonde Bather,” as well as many less risqué scenes, including a portrait of her tenderly breastfeeding their son with an exhausted expression on her face.

Stripped down, though, the women seem to exist in a world that’s not their own. They bathe in wild streams and recline in meadows where the grass blends into the sky, draped in white cloths like the ancient Greeks. Of course it’s not real. It’s art born of fantasy, and I don’t believe that fantasy has to belong to the man who made it.