If you are at least somewhat cognizant of popular culture, you know about K-Pop, whether or not you’ve actually listened to it. I’m not an authority, but I’ve dabbled here and there; a little 2NE1, a dash of Blackpink. I’m aware of the meteoric rise of BTS, but I haven’t had a lot of firsthand experience with K-Pop as a whole. That all changed last night, as SuperM kicked off their inaugural North American tour at the Dickies Arena in Fort Worth.

While SuperM itself is relatively new, it started as a “supergroup,” with each member joining from other, already established boy bands at the label SM Entertainment. So, the fan base was already in place.

We made our way inside through the throngs of buzzing teens, most of whom were wearing t-shirts of sleepy-eyed dreamboats soulfully gazing out at you. It didn’t take me long to realize these were, in fact, the band members.

As they poured into the arena, many fans wore what appeared to be Mickey Mouse ears, but turned out to be handcrafted headbands adorned with flowers, glitter, and sometimes blinking lights. One side of the headband had the wearer’s favorite band member’s name in English, the opposite side had the name in Korean. I even spotted a Homecoming mum, but instead of celebrating school spirit, it bore the face of one of the members of the group, enshrined by sparkly fabric and twinkling blue lights. 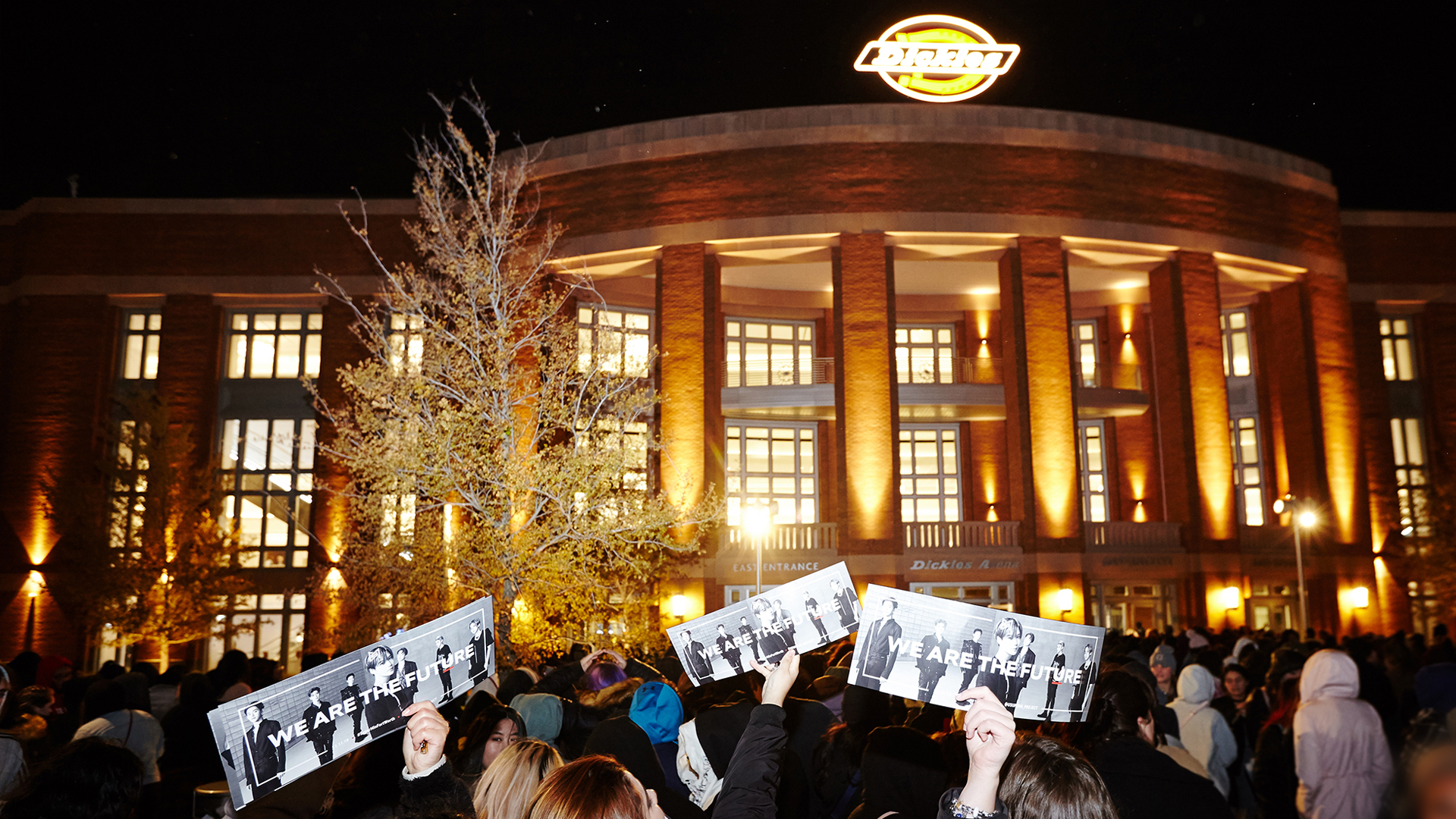 Soon, we were surrounded by thousands of screaming tweens and teens, almost all of them clutching miniature Sailor Moon-esque light-up wands. I felt out of place, not due to the fact that I am not a teenage girl, but because I was missing what seemed like a crucial part of the K-Pop experience: the magic light-up wand. I’ve never been that desperate to spend my money on something I would never use again.

Fortunately, the concert started almost immediately after I got to my seat, so I was unable to make it to one of the merch tables with cash in hand. A sleek, futuristic-looking video introduced the members of the group. While each young man elicited screams, there was definitely a hierarchy in desirability amongst the shrieking youths, with certain members creating a reaction that temporarily altered my hearing in one ear. Finally the band took the stage, opening with “I Can’t Stand The Rain.” I nudged my boyfriend and shouted into his ear, “If we want merch, one of us should probably go get it now to avoid the crowd,” hoping he would take a hint and go fetch us a glowing wand of our own. Instead, he stared at me for a moment before returning his gaze to the stage. Maybe he couldn’t hear me. The wand envy did not subside as the show went on. In fact, it only got worse.

Watching them blink and change colors as the songs progressed, I began my regression to rabid teen girl. The collective excitement was intoxicating, and I found myself squealing along. Suddenly a sea of purple bobbing lights became a field of red as the music transitioned from a group number to “Confession,” a fiery solo song in which a nearly shirtless Kai told us all that it was time to confess. The screams rose to an ecstatic fever pitch. 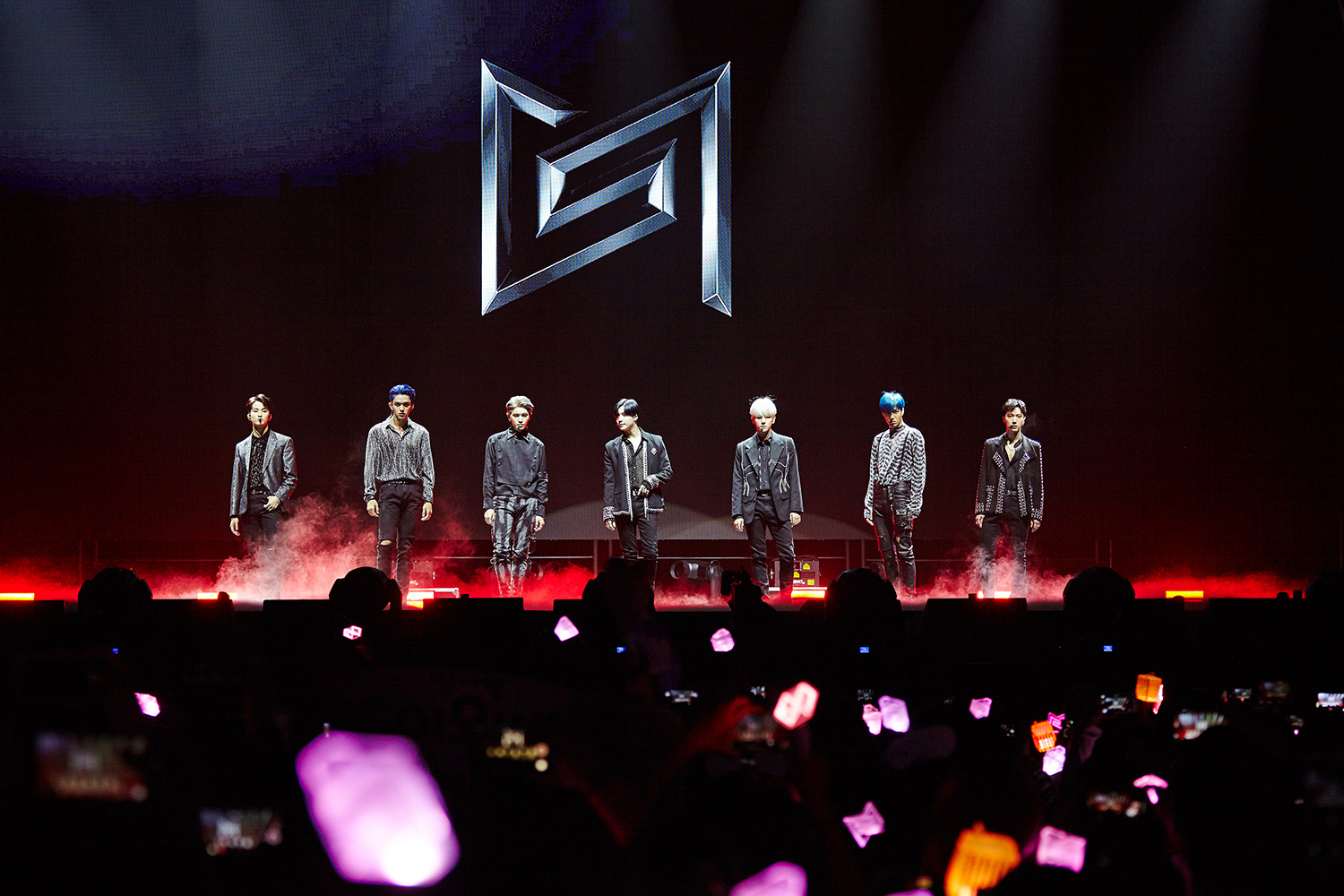 Each member had several costume changes throughout the show. Fringed jackets, plaid pants, pants with an inordinate amount of zippers, sequined snow leopard print jackets, cowboy getups. Towards the end, Lucas came out in a shiny, toffee-colored patent leather jacket that looked like it would sound like sitting on plastic-covered furniture with every dance move. I found myself daydreaming about what a great addition it would make to my wardrobe.

They played every song off their recently released SuperM – The 1st Mini Album, along with a few new ones, including “Dangerous Woman” (not to be confused with the Ariana Grande song of the same name), “With You,” and the solo numbers. The songs were sung in a mix of Korean and English, and most of the audience knew all of the words in both languages.There were clear influences from late ’90s boybands and R&B; it’s easy to find a direct line of influence from the Backstreet Boys and *NYSNC to SuperM.

They ended on a high note, closing out the show with their hit single “Jopping,” a portmanteau of the words jumping and popping. I don’t know if the word jopping will take hold in popular vernacular, but the song, with its mixture of EDM and hip-hop, is catchy enough.