Orchestrating a great film festival is an art form. It’s also a strategic and financial nightmare to pull off. From wrestling over film availability to reviewing (hopefully) hundreds of submissions; keeping a cohesive feel to it all while still showing timeliness and diversity. It’s a wonder how our area successfully supports even a half-dozen of these suckers.

It’s positively jaw-dropping that we’re home to 25 of them.

This weekend, film lovers across North Texas are invited to enjoy the riches of so much labor. Best of Fests serves as an experimental celebration of our area’s diverse film programming — think of it as a tasting menu, for movies. 22 of DFW’s 25 film festivals have submitted entries that best embody their programming vibe, so you can literally see what you’ve been missing.

“To have [so many festivals] come together in this way,” says Best of Fests co-publicist John Wildman, “I’m honestly not aware that this has ever been done before.”

The idea to create this cinematic sampler platter was born by Emily Hargrove and Michael Cain, who local film nerds know from their contributions to DIFF (Dallas International Film Festival), Dallas Film Society, and EarthxFilm fest, among others. The pair noticed overlapping programming schedules, little logistical things that split audiences and news media from focusing on one showcase at a time. So, they wrangled all of the area’s festival programmers into the same room.

First, an annual calendar was created so that each fest would have its own time to shine. Later, Hargrove and Cain proposed an even more radical idea: A chimerical showcase designed to raise all cinematic ships. And to make it interesting, each festival would share their distinct voice in one screening, be it a short or a feature. In addition to cross-pollinating the audiences of larger and smaller, religious and ethnic, or Dallas and Fort Worth festivals into all the available film festival offerings, it’s also the ultimate movie dare: What film sums up your programming’s personality?

Now that Best of Fests is a reality and set to run this Thursday through Sunday, we get to see what everyone chose to flex their form.

For example, DIFF, the area’s most robust film festival, has submitted Tejano, a film about a man who, in order to fund his grandfather’s care, breaks his own arm to smuggle a cocaine cast across the Mexico border. The film was shot largely in Texas border towns, world premiered at DIFF, showcased the work of a new voice (director David Blue Garcia), and won the festival’s audience award for narrative feature. It’s also a story relevant to this cultural moment in time, which is something DIFF’s programmers are diligent about tapping into. Thursday, 7:00 p.m. at Texas Theatre. Screens with the short film IMAGO by local filmmaker/producer Liz Cardenas, presented by Flicks by Chicks.

But each festival is different. From deep dives into forgotten historical moments (1950: The Nationalist Uprising, presented by Festival de Cine Latino Americano) to inspirational narrative works (Steps, by Denton Black Film Festival) to Larry McMurtry adaptations (“Lonesome Dove: Episode One”, presented by Crossroads of Texas Film and Music Festival) – there’s something here for you, your freaky best friend, your action-film-loving dad and your lion-hearted mom. Here are a few more that you might want to check out.

Over at Oak Cliff Film Fest, they’ve chosen Relaxer, the latest cerebrally layered piece by Michigander Joel Potrykus. The film tips a hat to Buñuel’s The Exterminating Angel. But here, a gamer is trapped on a sofa, challenged to beat an unbeatable level of Pac-Man while Y2K looms. There’s milk chugging. Urine drinking. A sewage waterfall. And a truly sharp, surrealist take on shifting eras at the close of the century. It’s philosophical AF, and this is the only place you can see it until Oscilloscope’s March release. Sunday, 4:00 p.m. at Cinépolis, Victory Park. Screens with the short existential crisis/dying squirrel/teddy bear t-shirt/film, Bobby Miller’s End Times, also presented by the Oak Cliff Film Festival. *Might not be mom-friendly. 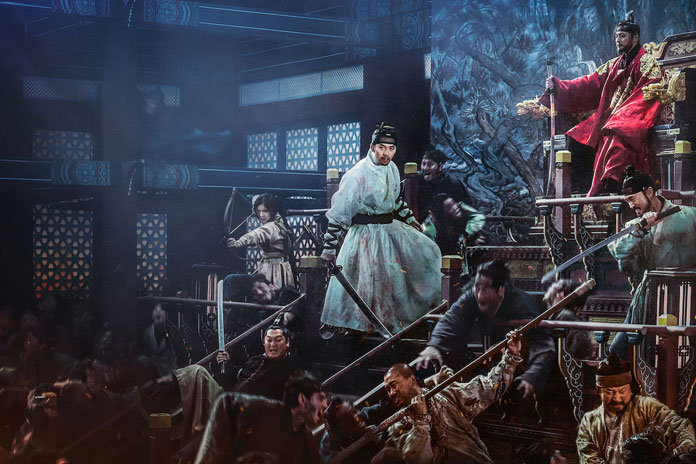 If Train to Busan left you feeling like you’d vaped Dexedrine and you want to feel that way again, see Asian Film Festival of Dallas’ pick Rampant, which was born from the same studio. This Night Demon/Zombie/Kung Fu flick packs unrelenting action and some very cool hats into 129 minutes of running time. But more than that, it gives a universal entry point to AFFD’s style of programming and a chance to see this one the way it deserves: BIG. Friday, 10 p.m. at Alamo Cedars. Screens with Arianna Cadeddu’s short film, Only Child, presented by Pegasus Film Festival.

3 Stars Jewish Cinema will show a film that broke through to mainstream audiences in 2017 with The Last Laugh, the funniest film ever made at Nazis’ expense. It features interviews with dozens of Jewish comedians, each asked to find humor in comedy’s ultimate taboo, the Holocaust. Sunday, 6:00 p.m. at Cinépolis, Victory Park.

Dallas has relied on Bart Weiss’ Dallas VideoFest for exceptional documentaries that expose social injustice for 32 years — and he’s not about to disappoint here. Weiss’ Best of Fests pick brings local legislative corruption in to focus with The Big Buy: How Tom DeLay Stole Congress, a doc that examines the Texas Congressman’s criminal investigation and efforts to redraw congressional districts. Sunday, 7 p.m. at Cinépolis Victory Park. Screens with Lizette Barrera’s short film, Mosca, which is also presented by Dallas VideoFest.

Fort Worth’s Lone Star Film Festival brings The Last Whistle — “a big crowd pleaser,” according to BoF’s co-publicist John Wildman. Whistle centers around a high school football coach who’s drive to win isn’t softened when one of his players collapses on the field. “I don’t think you can watch that movie, unless you’re the toughest of cookies, without feeling something,” says Wildman. Friday, 5 p.m. at Alamo Cedars. Screens with Emily Miller’s short Louise, presented by Pegasus Film Festival.

Another interesting Fort Worth selection is Devil’s Path, by Q Cinema, our regional LGBTQ film festival. I’d like to point out that Q Cinema didn’t pick a squishy romantic film to express their style. They didn’t pick an important, but tedious, documentary to define them. Hell no. They picked a goddamn thriller about evil deeds on a cruising trail in the woods. Sweet. Save me a seat. [Saturday, 3 p.m. at Studio Movie Grill (35 & Northwest Highway). Screens with Ellery Marshall’s “bathroom bill” short, Transcending Politics, presented by Pegasus Film Festival.]

Women Texas Film Festival shows off its style with a true crime doc that reads more like fiction. Abducted In Plain Sight examines an Idaho family who’s 12-year-old daughter was taken by a close neighbor in 1974. Then, things get really crazy. There’s a plan for alien baby-making, cult-y deceits, and a whole lot of family secrets to unpack. Women Texas is the state’s only fully-fledged festival dedicated to showcasing work that is written, produced, edited or shot by women. Friday, 8 p.m. at Alamo Cedars. Screens with the short film Phonies, presented by Pegasus Film Festival. 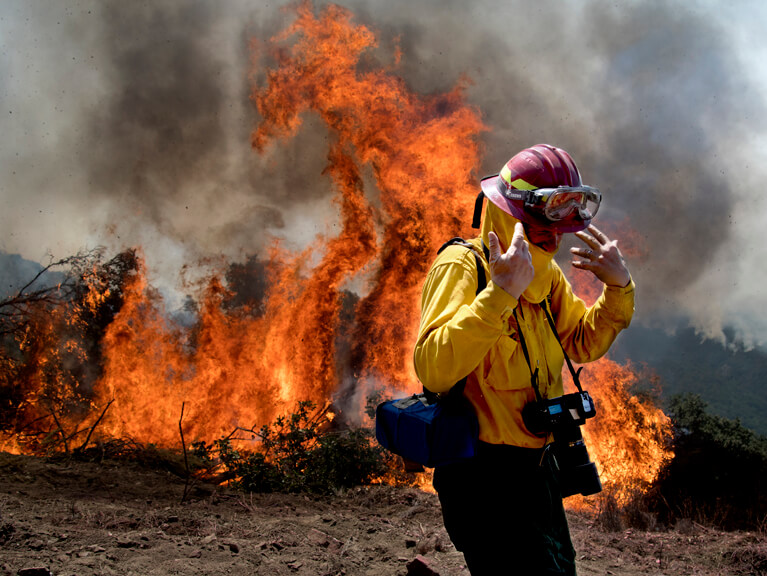 EarthxFilm carves out its design with a screening of Matthew Testa’s The Human Element. This deep dive into mankind’s effects on this planet are shown through the lens of World Press Photo Award Winner James Balog. It’s a journey to show how our actions affect the world, and how unprecedented fires, poisonous air, struggling coal mines and rising water levels affect us in return. Friday, 7:30 p.m. at Alamo Cedars. Screens with Montana Brock’s short, The Last Spring, also from EarthxFilm.

If you’re a war movie lover, Sons of the Flag’s Stars & Stripes Film Festival has you covered with 2012’s Act of Valor. This festival is interesting in that they blend classic battlefield films with contemporary military films, all to help support military, veteran and first responder burn survivors and their families. So, see the film, and if you like what they’re about, get involved. Saturday, 12 p.m. at Studio Movie Grill (35 & Northwest Highway). Screens with short film No Name, by Pegasus Film Festival.

And, if you go all four days you’ll get to spend time in, and figure out your favorite snacks at, four different local theaters, beginning with the Oak Cliff arthouse staple Texas Theatre, then the Cedars branch of Alamo Drafthouse on Friday, up to Studio Movie Grill’s NW Highway/35 branch on Saturday and closing it out on Sunday at the still-new Cinépolis in Victory Plaza on Sunday.

Best of Fests runs from Thursday, January 10 to Sunday, January 13. See the schedule, make your movie plan and buy tickets at BestofFests.org. Individual tickets cost $10. Festival passes cost $50. And students with a valid ID get in free.