If you have access to the internet or have completed any type of leadership training, you’ve probably taken a personality test. Lately, the Enneagram has begun working its way up as the personality indicator of choice. And though it might be considered trendy now, its followers laud the ancient personality indicator as a guide to carry with you through life.

One such follower is Christina Wilcox, a 21-year-old Dallas illustrator. Her Enneagram-centric Instagram account, where she shares art that’s relatable (and shareable) for those aware of the nine different personality types, has gained more than 52,000 followers in a matter of months, much to the illustrator’s own surprise. I sat down with Wilcox (full disclosure: Wilcox and I went to middle school together) to see how the Enneagram has helped her achieve her creative goals.

How did you get into the Enneagram?
I haven’t been through any sort of formal training for the Enneagram. I started learning about it probably four years ago, and two years ago I started diving in pretty deep with books and classes. People have been the main way I’ve learned about different Enneagram types. Watching people go through that moment of understanding themselves is more insightful sometimes than reading tons of information about it.

I don’t feel like I’m positioning myself as an Enneagram expert. I’m someone who is using their creativity to help others express themselves through their Enneagram type. 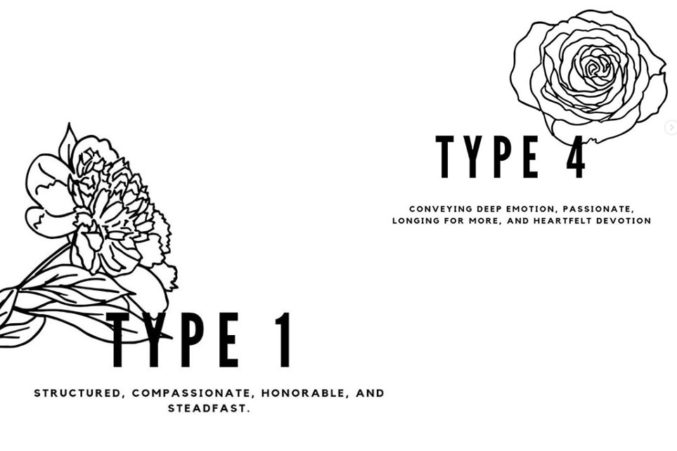 What gave you the idea to take your love of the Enneagram to social media?
I started noticing other accounts doing it, and at first I really loved them, but after a while I thought, ‘This can be done so much more tastefully.’ I felt like I could bring a different perspective to what everyone was doing by making it very interactive and engaging, and, putting human faces to what was being said, instead of just a meme or statistics, although some of my posts are still like that.

I wanted it to be more interactive and less stereotypical. A lot of the accounts play into stereotypes—and I do sometimes—but again, I really wanted to humanize the Enneagram. Because, if you look at experts like Suzanne Stabile and Ian Morgan Cron, they’re continually humanizing the types through actual people. Also, I just thought it was fun. I was creatively expressing myself in a way I never had before. 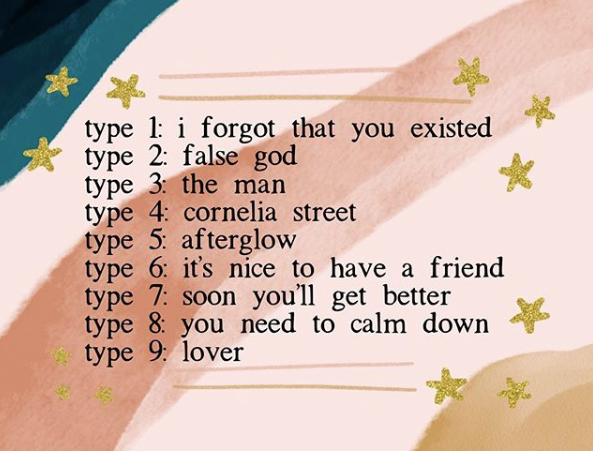 Did you ever think your account would blow up and did you want it to? Was that your goal?
I did not think this would blow up in any sort of capacity. I wasn’t really hoping for it, either. Honestly, it’s the first time in my life that I was creating things that I loved and was personally proud of—I wasn’t thinking of anyone else. I want to reach more people, and so I want to create content that engages more people. I didn’t necessarily realize that’s what I was doing when I was creating graphics.

Is the Enneagram something that you think has a lot of lasting value? Do you foresee it impacting people in the future, beyond the trend?
I think I always foresee it impacting people in the future, but maybe not in such a global capacity or a trendy capacity. It was never meant to be a commercialized trend. When you take it seriously, it’s hard. You are facing a lot of hard things about yourself and a lot of good things about yourself. It really does have the power to transform someone’s perspective on their relationships, with themselves, their relationship with God, everything.

What do you feel you’re offering with the account and illustrations?

I’m offering a friend rather than a brand. I really, truly feel like the girl next door who talks about the Enneagram. It’s all very community-oriented. I’m not trying to get anything from people. People can come and get things for themselves and then leave. A lot of people who use the Enneagram don’t ever talk about their personal experience with it. I pride myself, currently, in being someone who doesn’t get paid to do what they’re doing. I am doing this on my own time because I love what I’m doing.

Put Fur Coats to Better Use: Donate Them Back to Animals at Buffalo Exchange