Vickie Mireles is in celebration mode. Her brand, The Sweet Hive, is turning two this month.The apparel and accessories line was created with a simple mission: to “pollinate” the world with hope. After losing her brother to heart failure, Mireles realized that it was time to stop putting aside her “one day” thoughts, and began selling an assortment of t-shirts, sweaters, and accessories with uplifting messages.

“Even if you aren’t directly talking to somebody, you can see the message on their shirt and find hope in it,” Mireles says. “It’s pretty neat to see how receptive people are to clothing themselves in uplifting messages.”

From the beginning, Mireles and her husband knew that they wanted to give back in their own way. Mireles was following the Instagram account for DogRRR, an organization rescuing dogs in the Dallas area, when Hurrican Harvey hit Houston in 2017. Inspired by the DogRRR volunteers who traveled south to help save animals during the storm, Mireles currently donates 10 percent percent of all monthly sales to nonprofit.

“It was run strictly by volunteers who were using all the money to board, provide fosters, and to rescue more than just the Dallas area,” says Mireles. “10 percent may not seem like much, but I know they use every single cent.” 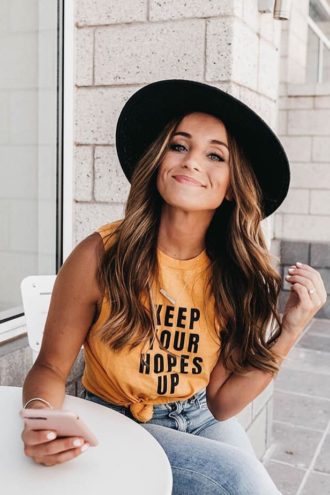 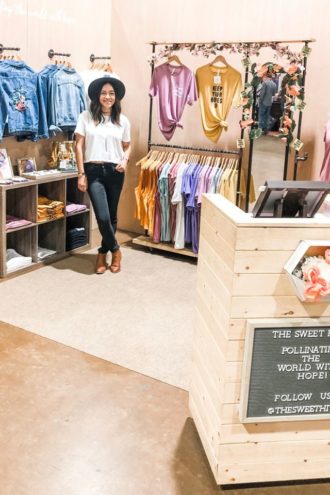 The next Sweet Hive goal for Mireles and her husband, who owns a mobile coffee cart, is to open a brick and mortar that’s both a coffee shop and boutique. In the meantime, she plans to continue to share the ups and downs of her journey. “I feel like a lot of people can connect more with your struggles than your success,” Mireles said. “I hope our business really encourages other people to take a chance and go after their dream.”