Deep in the heart of East Dallas you’ll find this charming and well maintained Tudor located at 6914 Vivian Avenue in the Santa Monica neighborhood. It has three bedrooms, 2.5 bathrooms and 2,583 square feet of living space that has been taken to the studs and remodeled with respect to the period in which it was built. You won’t find all white everything here in this 1935 construction, and you definitely won’t find open concept. Spoiler alert: that is definitely on purpose. Yep, it is safe to say that this home has some serious soul.

The gourmet kitchen features maple cabinets, stainless GE appliances, a work island, and beamed ceilings. The master bedroom is downstairs, and its master bath features a sophisticated slipper tub with a separate shower, and a walk-in closet. Downstairs also features a half bath, utility room and an office. Upstairs there are two bedrooms and a Jack and Jill bath in addition to a game room. Props to the builder of this home for including all of the “must-haves” into just 2,500 square feet.

A unique aspect of the home is the second story deck that offers both covered and uncovered areas to enjoy the various stages of Texas seasons. Under the porch you will also find covered parking. The backyard is lush and landscaped with enough space to let the kids and dogs run around but that is small enough to be considered low maintenance. The best of both worlds is definitely existing in this magical backyard space and we are digging it. Aren’t you?

And sometimes the best parts of a home simply cannot be captured in photographs or listed on flyers detailing amenities. That is definitely the case here–the home is located in one of the most family friendly neighborhoods in East Dallas. Think kiddos riding their bikes and families pushing babies in wagons and strollers. Think Halloween parades and community volunteer projects. Think a neighborhood where (gasp) everyone knows everyone. Yep, safe to say that residents of the Santa Monica neighborhood have all the feels about their close-knit community. Could you be the newest member of their squad? 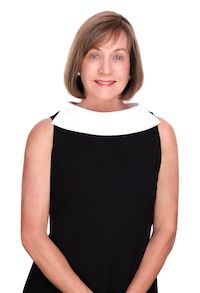 Paula Scofield began her professional real estate career with Ebby Halliday, REALTORS in 1992. She has been a Diamond Circle Producer since 1994 and a Star Achiever since 1997. These awards are for top production within the company. She has been a Companywide Leader for at least one quarter in: 2003, 2004, 2005, & 2006. Paula was the Top Producer for her office in 2007 and a Companywide Leader for 2007. Ms. Scofield has a professional reputation of being fair and honest and is respected among her real estate peers. She meets people easily and goes the “EXTRA MILE” in service for all of her clients. She specializes in the Park Cities, where she lived for 30 years. In addition, Paula has vast market knowledge of The Up-Town and Oak Lawn areas, North Dallas, East Dallas, Preston Hollow, Lakewood, Oak Cliff, and Plano. She believes in being involved in the community. She is a member of the Dallas Museum of Art, the Dallas Arboretum, and the Dallas Junior Forum.