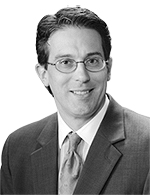 “Undiagnosed congenital heart conditions in athletes are uncommon, but there are a few warning signs to watch for if your child is active in sports. Most conditions can be suspected in the presports history and physical examination and confirmed by a pediatric cardiologist. Symptoms that raise concern include recurrent palpitations, fainting or dizziness that occurs with exercise, exertional chest pain, and fatigue out of proportion to the amount of exercise performed. Encourage your child to eat breakfast before exercising; hydrate before, during, and after exercising; and listen to his or her body when training.”
Allergy/Immunology

“If your child’s allergies prevent him or her from participating in an activity he or she loves, such as horseback riding, use an over-the-counter antihistamine such as Allegra, Claritin, or Zyrtec prior to exposure to the anticipated allergen to help reduce the symptoms.” 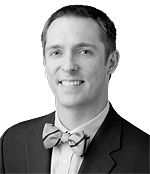 “Encouraging your child to wind down for bedtime can be a challenge. One hour before bed, make the house as calm and dark as possible. This includes no television, videos, or computers. Try a cozy, quiet, and comfortable bedtime with a bath, book, and snuggles. To keep your child from jumping in your bed during the night, positive reinforcement is best. Try a reward first thing in the morning if he stays in bed all night.” 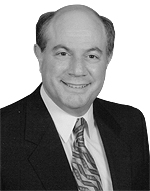 “If you think your child is suffering from nightmares, you first have to differentiate between nightmares and sleep terrors. Distinguishing between the two can be difficult, and you need to talk to your pediatrician. A nightmare is an awakening because of a bad dream. The child will remember it, and you can console him or her with lights off or down. But try not to get the kid out of the bed. Console and then quietly leave. During a sleep terror, the child is not awake. He’s still in the sleep state. He has no memory of the event the next morning. It generally occurs at the same time every night. The child should not be woken. If you want to stay in the room and make sure the child doesn’t harm himself, that’s fine. But parents should not intervene. Safety is the key for night terrors.” 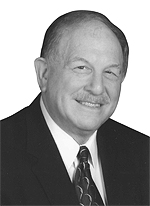 “Influenza is a serious disease that can lead to many health problems. Even healthy children can get the flu and spread it to others. According to the Center for Communicable Diseases, the seasonal flu in the United States can begin as early as October and last as late as May. Flu vaccines (the shot and the nasal spray) cause antibodies to develop in the body approximately two weeks after vaccination. Consequently, the best time to receive a flu vaccine is anytime from late August or whenever the vaccine becomes available. Even if flu season has started, it is not too late to vaccinate.

The single best tip for keeping a child well during flu season is washing hands frequently with soap and water, especially before eating and after using the restroom or being in a public place. Also use hand sanitizers and antibacterial wipes. Flu viruses are spread from person to person by respiratory secretions (droplets) as well as by direct contact with contaminated surfaces. You cannot catch the flu by just being in the same room as someone sick. For staying healthy, good and thorough hand washing is definitely essential.”