The bright red billboards lined the freeways of Dallas and stretched north to the suburbs. They had airbrushed glamour shots of Lance’s parents and block letters that read “Spouses Selling Houses: Nicky & Ricky” with an 800 number at the bottom. The billboards were a tolerated eyesore, had been since Lance was 5 years old, almost two decades ago.

Nicky had kept the same hairsprayed bangs since the late ’80s and was known around Dallas for her large red glasses. Ricky had a thick black Selleck mustache and was jokingly mistaken for Magnum, P.I. Their faces were on benches at DART bus stops and stamped on direct mailers sent to nicer ZIP codes and anywhere the advertising agency could think to put their faces.

Lance couldn’t avoid seeing his parents en route to DFW. He was flying to Alaska.

It had been a month since the Cessna 206 seaplane his parents were aboard crashed attempting a water landing a few hundred miles north of Anchorage. Lance needed to see where his parents were lost, where the wind had grabbed hold of their plane and taken it headlong into roiling whitecaps. They had been on a Denali flight-seeing tour for their 25th anniversary, a trip Lance had suggested, knowing his mother wanted to see beluga whales and his father wanted to learn to fly-fish. For years they had talked of renewing their vows in the shadow of Mount McKinley, and after a gentle nudge from Lance, they had booked the trip.

He got the call as he was leaving the DMA for the night, where he worked as a major donor events assistant. The touring company representative told Lance that his parents had left Lake Hood in the morning and crashed several hours later near Cook Inlet. Only debris had been found. The landing floats bobbed perfectly intact near the navigational light at the jagged southwest tip of Elizabeth Island.

There wasn’t a cloud in the sky, the representative had said. They weren’t sure exactly what had gone wrong, but the representative assured Lance they were looking into it. Said it was likely the winds of vengeance, a rogue wave in the sky that took them. The good news about these kinds of accidents, the representative mentioned, was they were generally instant. Dead on impact. Given over to an unforgiving sea. Before ending the call, the representative told Lance that if he had any other questions, he could contact the company’s lawyer, who would be able to discuss next steps, which would be confusing in the way only determining liability can be.

Lance walked on in silence across Woodall Rodgers and continued on North St. Paul to his apartment in Uptown, where he could look down any street and see his parents’ smiling faces 40 feet above an intersection or plastered onto a bus stop bench. There, in the middle of Uptown, he couldn’t hold the remoteness of Alaska in his mind, to imagine his parents at the bottom of Cook Inlet or swept out to sea, his mother’s big red glasses a bit of flotsam.

The paperwork kept coming. More documents to sign. More lawyers to talk to even after his parents’ memorial service in a rented tent at the Arboretum. There were so many loose ends to tie up that it took Lance weeks to book his three-day trip.

On an overcast Friday in August, Lance landed in Anchorage. His mother had called and told him how brilliant the whale watching was. At change of tide, belugas can be seen teeming in the water, and with the backdrop of mountains, Nicky said, it made the whole scene especially stunning. And so Lance took an Uber to the shoreline to watch for the afternoon, but not a single whale breached the surface.

The next day, he hired a seaplane to take him to Lake Hood and over Cook Inlet, retracing his parents’ route. At Elizabeth Island, the pilot stayed with the plane and Lance spent the day walking the cliffs overlooking the shoreline. He took in the volcanic air and looked out at the offshore oil platforms and beyond them to a flat horizon. Lance collected a small vial of seawater and a Ziploc full of volcanic ash and bits of crystalline pumice. He wanted to take something home with him.

Back at DFW, Lance hired a taxi. On I-30 he looked out his window and saw his parents overlooking the interstate every few miles. It would be some time before the billboards would come down, several months to go on the last contract. But Lance thought he might renew for another year, keep his parents around town. He had only ever known Dallas with them in it. 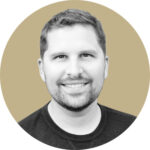 Blake Kimzey is the executive director of Writing Workshops Dallas and the author of the story collection Families Among Us.