A year ago, a woman who had just moved to town asked me, “Where are Dallas’ author panels? They host one nearly every day in New York City.” I’d been living in Dallas for more than four years, and, although I’m an author, I’d participated in only one panel here and hadn’t heard of any since.

Dallas’ literary events have always been dominated by impressive poets and short story writers, despite the fact that the area is home to multiple award-winning and New York Times-bestselling authors. If locals wanted to connect with Dallas authors, they had to catch them at a bookstore reading or maybe at DFWCon, the Dallas-Fort Worth Writers Conference in June.

After teaching a seminar through Writing Workshops Dallas, I approached the founder, Blake Kimzey, with an idea to host a panel of diverse authors based in the Dallas area. Kimzey looped in Interabang Books as a partner, and suddenly I found myself not just leading one author panel, but becoming the founder and moderator of a new quarterly author panel series called LitTalk.

“Dallas has a wealth of talented writers who are eager to give back to the literary community from where they themselves emerged,” Kimzey says. “That LitTalk is a partnership between Interabang Books and Writing Workshops Dallas showcases the vibrant literary ecosystem where writers and readers can meet to discuss the work and attendant issues that are most pressing to them and to this city.”

The first LitTalk was held November 13 at the Writer’s Garret, because Interabang Books was still settling into its new location on Lovers Lane after last year’s devastating tornadoes. The panel, which centered on demystifying the writing and publishing process, included Kathleen Kent, New York Times-bestselling author of The Dime; Brooke Fossey, debut author of The Big Finish; and A. Lee Martinez, author of sci-fi and fantasy books such as the Constance Verity series.

The authors shared advice on how to get the writing process started, and attendees were able to ask questions and engage with each other. My favorite comment of the night came from Kent, who said: “Creative fire feeds on risk.” My risk had been starting the panel. My hope is that it will help ignite a blaze. 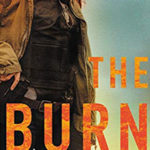 The Burn
by Kathleen Kent (Feb. 2020)
The promo: “There’s not much that can make veteran detective Betty Rhyzyk flinch. But the physical and emotional wounds from her run-in with the doomsday cult The Family are still fresh, and she’s having trouble read justing to everyday life. She’s back on the job as a narcotics detective, but things aren’t going as planned-not at the Dallas Police Department or on the streets, where confidential informants are turning up dead, and not at home, where her temper is threatening her relationship with her usually patient wife.” 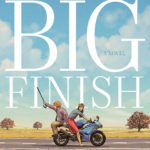 The Big Finish
by Brooke Fossey (Apr. 2020)
The promo: “Meet Duffy, an old curmudgeon who lives in an assisted living home. Meet Josie, a desperate young woman who climbs through his window. Together, they’re going to learn it’s never too late-or too early-to change your ways.” 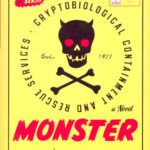 Monster
by A. Lee Martinez (May 2009)
The promo: “Meet Monster. Meet Judy. Two humans who don’t like each other much, but together must fight dragons, fire-breathing felines, trolls, Inuit walrus dogs, and a crazy cat lady—for the future of the universe.” 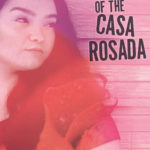 Secrets of the Casa Rosada
by Alex Temblador (Oct. 2018)
The promo: “Sixteen-year-old Martha has to adjust to a new life with her maternal grandmother, a respected curandera—or healer—in Laredo, Texas, after her reliably unreliable mother dumps her at the pink house filled with tokens of her mom’s childhood that might, maybe, explain why she abandoned Martha, leaving her with a family she never knew existed.”