Elizabeth Chambers loves the holidays. No, really. The Bird Bakery founder and pastry queen recently told us about her love of the season. “For me, I just I love nostalgia, I love tradition,” she says. What Chambers bakes for Christmas, too, is about comfort. It doesn’t get much more home-grown than making grandma’s pie.

“I know our buttermilk pie doesn’t sell well, but it was my grandmother’s pride and joy. It was just my favorite. Literally, I think we sell maybe one or two a week. We keep making them, and then we end up donating them to charity at the end of every day. My manager was like, ‘You realize that we’re just making them now for charity, right? Like, nobody is buying them.’ Apparently the folks in San Antonio and Dallas do not appreciate buttermilk pie. So that was one of the things we took off of the menu for COVID. And I was so upset, but it’s back now.”

“My grandmother was English. She grew up in India because her father was in an army position; India was under British rule. So she put curry powder in her buttermilk pie. Nobody can put their finger on it, and it’s the most delicious pie you’ve ever had. You serve it chilled. It’s my favorite holiday pie. I didn’t want to tell people it was curry powder, but now, after being very unappreciated for so many years, we’re just coming out with it.” 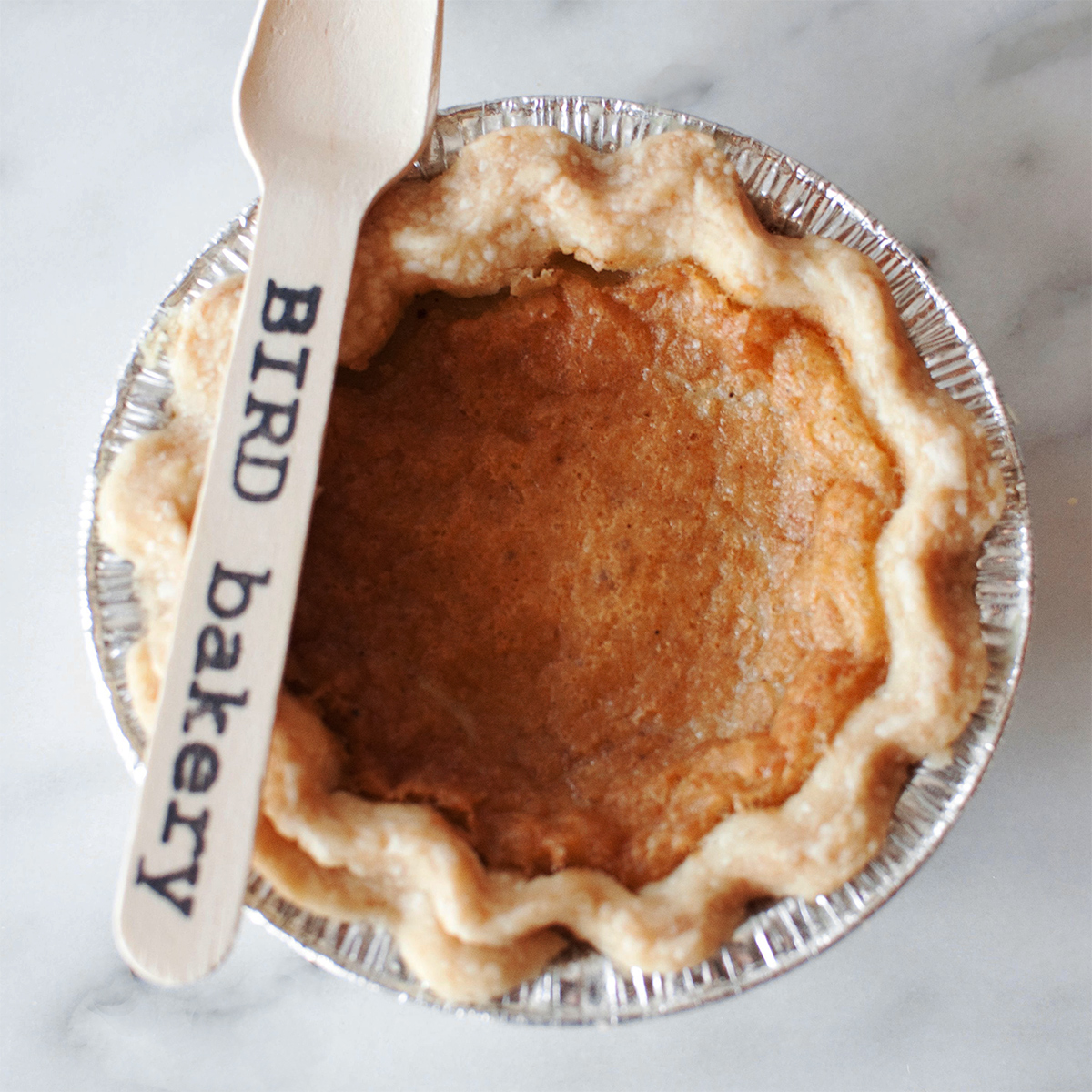 Directions
Combine flour, sugar, and salt in the bowl of a food processor. Add shortening and butter in ¼-inch chunks, and pulse until the mixture forms coarse crumbs. Slowly add ice water and continue to pulse just until the dough begins to come together. Take the dough out of the food processor, and briefly knead it on a table, using additional flour if necessary.  Divide dough into two balls, and flatten each into a disk. Wrap and refrigerate dough for at least one hour and up to two days.

Directions
Preheat oven to 350 degrees. On a lightly floured surface, roll out a disk of pie dough into a circle about ¼-inch thick. Line a 9-inch pie plate with the dough, and crimp the edges as desired. Repeat with second disk of dough. Refrigerate prepared crusts for at least 30 minutes.

In the bowl of a standing mixer, cream butter with sugar and spices until light and fluffy. (Do not attempt with cold butter or mixture will separate.) Slowly add beaten eggs, a little at a time, until the mixture is well combined. Add flour, and mix just until incorporated. Add buttermilk and vanilla, and stir to combine. Divide filling evenly between prepared pie shells (you may have extra filling), and bake for 40 to 45 minutes, or until filling is just set.