Charles DeMorse, a newspaper editor, checked into a room at the Crutchfield House, a modest two-story inn on Dallas’ courthouse square. The year was 1852. DeMorse was crisscrossing North Texas on horseback, covering court cases for his paper. In the morning, he would ride on to Denton, but that evening he wanted to unwind. From his hotel window, DeMorse spotted on the far side of the square something called The Arts Saloon. It was a curious name. “Looking again, I tried to read it ‘The Ark Saloon,’ ” DeMorse later wrote, “not understanding what a gallery of the fine arts should be doing at the city of the Three Forks, but rather supposing that a drinkery had been so termed.”

Gouhenant makes cameos in a dozen or so Dallas volumes, though his story is often muddled or misrepresented. Gouhenant has been lumped in with the French settlers of the La Réunion colony, even though Gouhenant arrived in Dallas years before the socialist utopians. Some Dallas historians, like DeMorse, mistake Gouhenant’s Arts Saloon for a frontier bar. In Dallas: The Deciding Years, A.C. Greene notes that Gouhenant’s establishment was “something more significant”; it was a daguerreotype studio responsible for most of the earliest photographs of Dallas. But even calling Gouhenant the city’s first photographer sells him short. 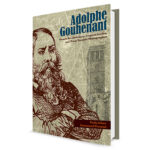 In fact, the entirety of Gouhenant’s wild and improbable story wasn’t discovered until one of his distant relatives had a chance encounter with a French astrophysicist researching a mysterious tower in Lyon. Paula Selzer, who works in Dallas on children’s health policy for the Environmental Protection Agency, is Gouhenant’s great-great-great-granddaughter. When she was a little girl, her grandmother told stories about their remarkable ancestor who could play numerous musical instruments and speak several languages. During high school and college, Selzer researched Gouhenant and learned that he had come to Texas as part of an experimental socialist colony established in Denton County that predated La Réunion. He also managed to open a photographic studio at a time when equipment had to be shipped from New Orleans and New York.

“I knew that he was a leader of an Icarian advanced guard,” Selzer says. “But I didn’t know anything else about his French life.”

In 2011, Selzer received an email from Emmanuel Pécontal, a French astronomer at the Centre de Recherche Astrophysique de Lyon. Pécontal stumbled upon Gouhenant’s name while researching the history of an observatory constructed in 1831 on Lyon’s famous Fourvière Hill. The tower, he discovered, had been built by Gouhenant, and as he dug deeper into the man’s life, he uncovered a story that twisted through the political upheavals of mid-19th-century France before disappearing into the Texas frontier.

“I’m doing research on this fellow in Lyon,” Pécontal wrote to Selzer. “Do you want to compare notes?”

Selzer and Pécontal spent the next six years speaking over Skype and digging through court documents, Masonic records, correspondence, and old newspapers in both Texas and France. They found that Gouhenant had been born in a small village in the foothills of the Alps in 1804.

After marrying, he moved to Lyon and worked for a pharmacist mixing color dyes for silk workers and painters. Gouhenant fell in with the city’s artists, and, in 1831, he invested most of the money from his wife’s dowry into a harebrained scheme to build an observation tower as a kind of temple to the arts and sciences. Despite some pushback from local clergy, Gouhenant built his tower. The project bankrupted him.

Gouhenant disappears from the historical record for a few years, and when he resurfaces, he is a painter, art dealer, and labor organizer in Toulouse. That activism landed him in hot water. In 1843, he spent six months in jail awaiting trial for participating in a conspiracy to overthrow the French government, but he was eventually acquitted. After his release, Gouhenant disappears once again, only to reemerge in Texas in 1848 as a leader in the effort to establish a utopian socialist colony by Étienne Cabet, founder of the Icarian movement.

Life in Texas would prove no easier than in France. Gouhenant was expelled from the colony after being blamed for its failure, and he washed up in Fort Worth, where he earned some money teaching French and dance lessons to soldiers stationed there. By 1852, Gouhenant had moved on to Dallas and opened The Arts Saloon, the city’s first cultural space.

Gouhenant made paintings and painted signs, taught art classes, held dances, and let out the space for trials. He also dabbled in other entrepreneurial ventures, opening apothecaries, speculating in real estate, and raising cattle. He eventually moved away from Dallas, living the last years of his life quietly in Pilot Point. But before that, the Frenchman butted heads with some of Dallas’ most prominent early citizens. Most notably, in 1855, Alexander Cockrell sued Gouhenant over an unpaid loan and attempted to seize The Arts Saloon. Gouhenant fought the case all the way to the Texas Supreme Court and won. The case proved influential in the establishment of Texas’ homestead law. 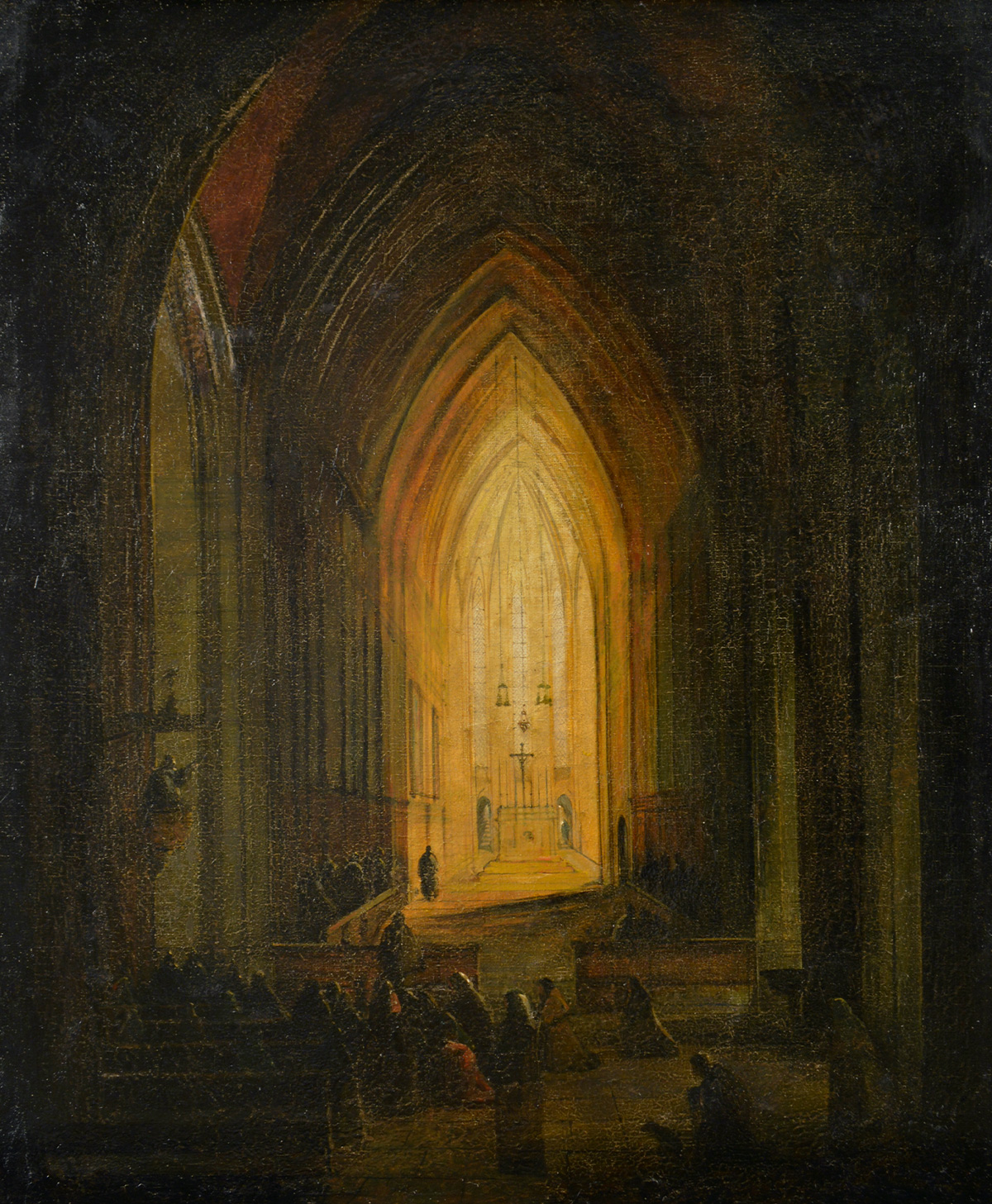 No More Darkness: After the book’s publication, the authors were contacted by a gallery owner in Brittany who turned out to have the only known painting by the artist (untitled, circa 1830–1848).
Courtesy of Paula Selzer

In 2019, Selzer and Pécontal published Adolphe Gouhenant: French Revolutionary, Utopian Leader, and Texas Frontier Photographer (University of North Texas Press). The biography doesn’t merely rescue the memory of a mostly forgotten early Dallas resident. It helps flesh out the life of a man who contributed to the city’s enduring growth and success. Even in its nascent days, Dallas was a town where you could reinvent yourself, and Gouhenant took full advantage of that fact. But he also introduced cultural refinement to a dusty, cutthroat frontier town, helping to elevate Dallas’ stature and conception of itself.

DeMorse’s 1852 newspaper article describes being lured to The Arts Saloon by its glowing lights and the beckoning sound of a violin. Inside he discovered a packed dance floor and an exhibition of Gouhenant’s oil and watercolor paintings that he described as “decidedly beautiful.” DeMorse’s account offers a glimpse of how Gouhenant injected effervescence and sizzle into an otherwise hardened and unforgiving landscape.

It is fitting that this important cultural figure has been overlooked by historians. There is a practical reason for this. In some documents, Gouhenant is difficult to track because his name is spelled in many variations. There’s even a street in Fort Worth adjacent to land he owned named Gounah, the phonetic spelling of his name. But then Dallas is a city that has long believed in the myth that it miraculously sprang up from the prairie “without rational explanation,” as one historian put it, largely thanks to canny investments by industrious civic leaders. Is it that surprising that the city’s first artist and cultural provocateur was left out of this narrative?

There was one mystery that Selzer and Pécontal were unable to solve. Despite uncovering Gouhenant’s name in French gallery inventories and finding anecdotal evidence of his prolific artistic practice in Dallas, they could not locate a single Gouhenant painting. “There probably are some in flea markets, garages, attics, somewhere in France,” Selzer says. Then, earlier this year, after the publication of the book, an art gallery owner in Brittany reached out to the authors. While preparing his collection for liquidation, he had stumbled upon an oil painting that had been badly damaged in a fire but could possibly be attributed to Gouhenant. “I don’t care if it’s a pile of dust,” Selzer told him. “I want that painting.”

Selzer bought the canvas, and Dallas art conservator Helen Houp restored it. Now the only known work by Dallas’ first artist hangs in his great-great-great-granddaughter’s home. The untitled painting depicts the darkened interior of a Gothic cathedral. Shadowy figures in the foreground are turned to the silhouette of a preacher perched in a pulpit, oblivious to the dramatic blast of sunlight that breaks through tall windows in the church’s apse.

From an art historical perspective, it is an attractive, if not remarkable, painting. In it you can see the fingerprint of a romantic idealist dramatizing tension between natural and ecclesiastical revelation. But viewed through the lens of Gouhenant’s later life and legacy, the painting proves a fitting metaphor for a once-forgotten artist who brightened the Texas frontier in the young city of the Three Forks.