When the call came on January 21, the message was quick and clear. Every second wasted could have fatal consequences. The trauma surgeon on call was prepared for an emergency. Frisco’s Baylor Scott & White Medical Center Centennial had been designated a Level III trauma center just two months earlier, which requires a trauma surgeon to be within 30 minutes of the hospital at all times. But, still, something this drastic, so soon? This violent? With this many victims, one surgeon surely wouldn’t be enough. “I got your message. I’m en route.”

The surgeon was told that there had been an active shooter in Frisco. Mass casualties were possible. Somewhere between 10 and 15 gunshot victims would need treatment for chest, heart, and head wounds. The surgeon contacted the hospital’s four other trauma surgeons who weren’t on call and told them, “All hands on deck. Everybody report to Centennial.”

The on-call trauma surgeon made it to the hospital at Sam Rayburn Tollway and Coit Road within 12 minutes of the call. “We had a full team ready to take care of every single person who walked through that door,” says Carleen Merola, the hospital’s critical care manager. Ultimately, 14 patients came through the door, but when the trauma surgeons laid eyes on them, the doctors surely felt a sense of deep relief. All of this, it turned out, was a drill. The victims would all go home just fine.

“They came in as gunshot victims, and we treated them as such,” says Merola, one of just three people in the hospital who knew in advance about the drill. Even the hospital’s president, Ryan Gebhart, had no idea. Centennial is taking its new trauma designation seriously.
There are four levels of trauma centers in Texas hospitals, Level I providing the most extensive form of care and Level IV having limited resources while still providing life-saving services. The Level III designation requires that Centennial keep trauma surgeons on call 24 hours a day. Levels I and II provide similar services, but their surgeons are on site (as opposed to on call) at all times, and they often have more specialists available to handle more exotic issues a patient might have. “When we talk about life-saving intervention, there’s nothing that we can’t do that a Level II trauma center can do,” Merola says. “Everything else is subspecialties after resuscitation.”

The conversations at Baylor Scott & White to make Centennial a designated trauma hospital, the 17th trauma center in the Baylor Scott & White Health system, began in late 2017. The ensuing 18 months involved hours of education for nurses and physicians. A trauma designation doesn’t result from simply adding a wing. It requires that nearly every discipline within the hospital be able to communicate with each other. It requires a financial investment in equipment. If a patient needs a trauma surgeon, emergency medical services may bypass a nearby hospital to reach one with the correct designation, but a hospital in “active pursuit” of a designation will still treat patients with traumatic injuries if it is able. The goal is to be a well-oiled machine, as Merola puts it, by the time the hospital receives its designation. Meanwhile, they collect data to share with the Texas Department of State Health Services, as well as a third-party surveyor, to prove their worthiness of the designation. “It’s not like we can walk in one day, turn the lights on, and it’s a trauma center,” says Russ Carr, the trauma program manager. 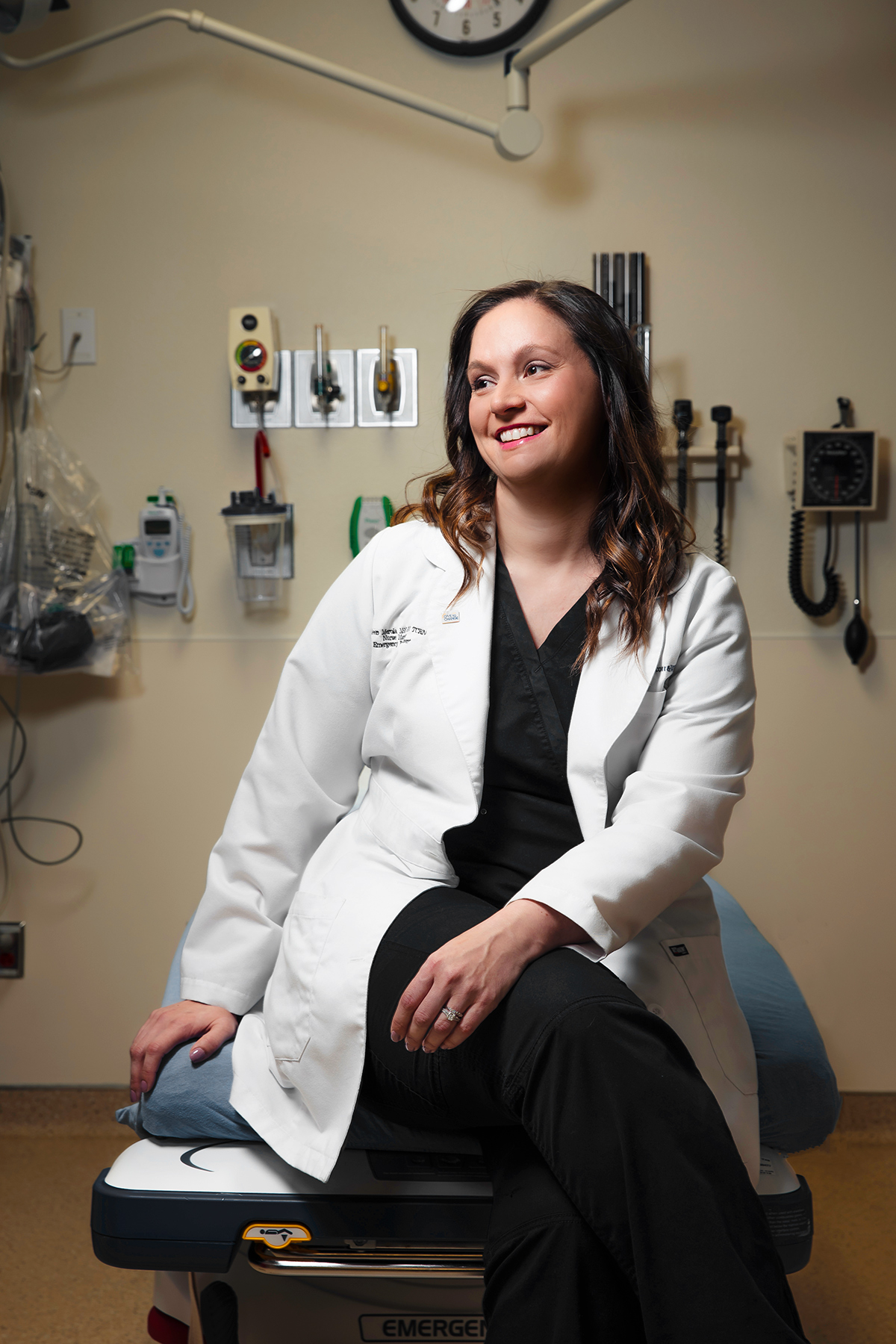 When a hospital becomes a trauma center, it usually comes in at either Level III or Level IV. Baylor Scott & White did not want trauma patients in Frisco to have to delay their treatment because they needed to be taken to a Level III, so they skipped Level IV at Centennial. “The greatest majority of trauma centers in Texas are IVs, and the system was built so that rural areas would be served by a trauma center,” Carr says.
Frisco, obviously, is not a rural area. “Frisco is one of the top five fastest-growing cities in America,” Gebhart says. “As a not-for-profit organization, we’re a community resource, so we feel a deep responsibility to support the growth of our city and our surrounding communities.”

A booming population naturally leads to more traumatic injuries, but it also leads to more traffic. Motor accidents are a concern, of course, but another looming issue is that traffic makes it harder to transport patients. Active shooter drills are preparation for something that hopefully won’t occur, but trauma centers are constantly admitting patients with common but severe injuries that need to be treated within what is referred to as the “golden hour.” “From the time of their injury, their risk of further harm is increased after that first hour,” Merola says.

A trauma center’s objective is to admit patients within that one-hour window and to be prepared for each patient upon arrival. Perhaps you’re driving through the intersection of Stonebrook Parkway and Preston Road when a drunken driver plows into your car at 50 mph. You look over at your friend in the passenger seat, and he has an open fracture, with a bone sticking out of his arm. That’s an automatic trauma designation. Perhaps the car rolled over on impact. Even if you appear uninjured, you’re at a higher risk of internal injury. And if someone in the car is pregnant, no matter what, she needs to be taken to a trauma center.

Maybe a child was severely injured in a sporting event in Frisco. Maybe a construction worker fell from a tree or building. Last year, Centennial admitted a victim of multiple stab wounds to the belly who needed surgery to survive.

The protocols in these scenarios are swift and meticulously organized. EMS will determine in the field whether the patient needs a trauma center and then will make a report to the hospital of the injury it will be treating. The hospital will notify the trauma team of the patient en route. The radiology department will make sure that a CT scan machine is available and waiting. The appropriate doctor will be waiting in the appropriate room, and nurses will ready any needed equipment. If it’s clear that surgery will be necessary and a trauma surgeon isn’t already on site, one will be contacted and in the building within 30 minutes. All of that happens before the patient arrives.

“Then we go to work,” Merola says.

The hospital proceeds to follow algorithms such as the Trauma Nurse Core Course, a checklist that ensures the patient’s well-being and facilitates coordination among any disciplines that are required. “In some ways, it’s like a NASCAR pit stop,” Carr says.

Level III trauma designation requires an entire hospital of highly prepared professionals to be ready for the types of accidents that most people would rather not contemplate. But someone has to be thinking about that golden hour in a booming city, and in Frisco, Centennial will leave the light on.