Barbeque: Horrific though common misspelling of the word “barbecue.”

Bark: Thick crust filled with intense smoky flavor on a properly prepared piece of meat. You will find coarse pebbles of black pepper and various other spices in this outer layer, depending on what kind of rub was used. 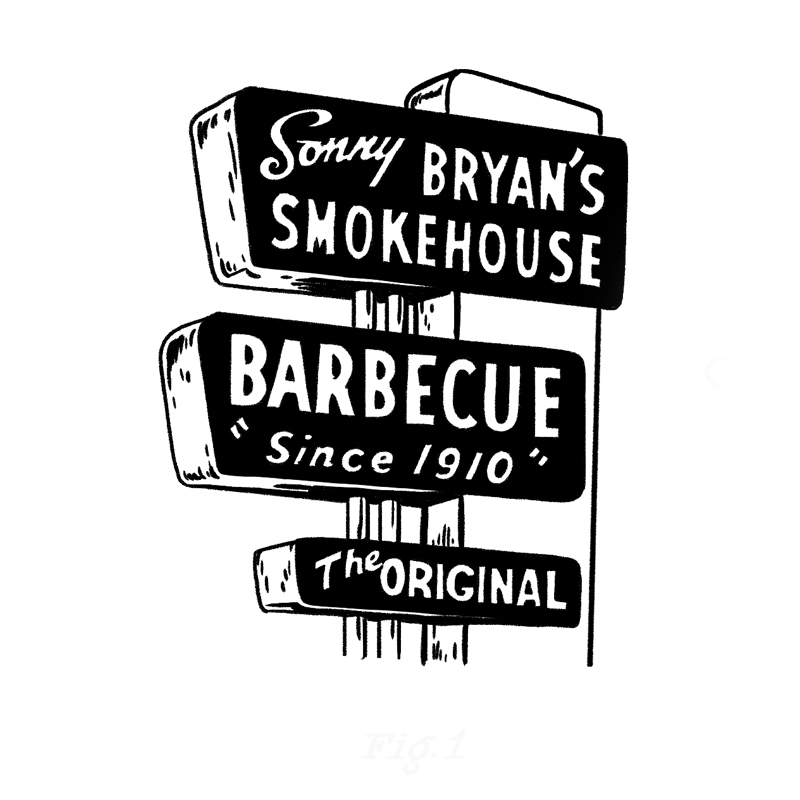 Burnt Ends: If the bark is often the best part of a good brisket, burnt (not burned) ends are sort of like if the entire cut of meat was made out of bark. The result of cutting the end off a smoked brisket, chopping it up, and returning it to the smoker, these are crispy depositories of delicious melted-down fat.

Carolina Style: Regional variant almost exclusively made up of pork dishes, most notably pulled pork. But when someone is talking about Carolina-style barbecue, they are generally referring to the thin, vinegary sauce that comes with it.

Chopped Beef Sandwich: What New Yorkers order when they eat barbecue in Dallas.

Cobbler: Ubiquitous barbecue postlude. This glorified vehicle for our love of fruit, golden grains, and sugar falls loosely into four categories: biscuit-dough-topped with a cobbled appearance; specifically American Southern cobbler, like a deep-dish pie with a top crust; streusel-topped (technically a crumble or crisp); lattice-topped (give it up and just make a pie).

’Cue: Please don’t ever say or write this.

Hands: What you eat ribs with.

Kansas City Style: Created by Henry Perry in the early 1900s; Dallas’ 18th & Vine takes its name from the neighborhood where he sold his wares. This type of barbecue is characterized by a wide variety of slow-smoked meats occasionally ruined by diners who slather them in sauce that is built around tomato and/or molasses.

Low and Slow: Preferred method for cooking brisket. Smoking at a low temperature (somewhere between 225 to 250 degrees) for up to 20 hours causes the intramuscular fat to melt into the meat, giving it a velvety consistency. This is done using an offset smoker.

Man Boobs: Condition developed by some of the gentlemen who have prayed a bit too fervently at the altar of smoked meats.

Memphis Style: Often means one dish: ribs, usually pork, served “wet” (with sauce brushed on before, during, and after cooking) or “dry” (in which a rub is used in lieu of sauce). Red Hot & Blue serves Memphis-style barbecue in Dallas.

Moist vs. Lean Brisket: The two cuts of a brisket: the “flat,” thin and lean with a generous layer of fat on one side; and the “point,” thick, well-marbled, and moist. After trying both, you’ll likely have a preference. Most barbecue joints should be able to accommodate you.

Offset Smoker: Also known as barrel smokers or pipe smokers. They cook meat using indirect heat. Heat and smoke travel into the cooking chamber from a firebox, which is either located next to or behind the chamber, and exit through a chimney. The meat can remain on the grill longer because it is not directly over the fire.

Oyler Pit: Wood-fired rotisserie-style smoker patented by Herbert Oyler in the late 1960s. Produced by J&R Manufacturing in Mesquite and used by restaurants such as Cousin’s Bar-B-Q in Fort Worth and Randy’s Bar-B-Que in Red Oak.

Rub: Mix of spices (and sometimes sugar) that pitmasters use to coat their meat before cooking it.

Smoke Ring: Colored pink to red, this appears under the crust of a brisket that has been cooked low and slow and signals that just the right amount of smoke was used.

St. Louis Style: According to St. Louis Magazine dining editor George Mahe, “most often it simply means ‘grilled, then sauced’ (as opposed to dry-rubbed and slow-smoked).” Can also refer to a particular cut of rib: a spare rib rack with the cartilage and ends chopped off to uniform length.

Sugar Cookie: When cooked fat combines with a sweet caramelized rub and smoke, producing a sweet and crunchy bit of crust with a flavor not unlike [mouth waters] a buttery sugar cookie. Coined by Texas Monthly barbecue editor Daniel “BBQ Snob” Vaughn.