When Jim Schutze was working at the Dallas Times Herald, in the mid-’80s, he wrote a book called The Accommodation, a history of the city’s racial politics that has been out of print for a long time. In recent months, though, illegally made copies of the volume have begun to circulate among a certain set of young, civic-minded Dallasites. Sure, people can still buy The Accommodation on Amazon. At press time, in late March, there were a handful of used copies. But the cheapest one was listed for $989. Just how Schutze’s book became a high-priced—and, now, black market—commodity has to be one of the oddest stories in Dallas publishing history. 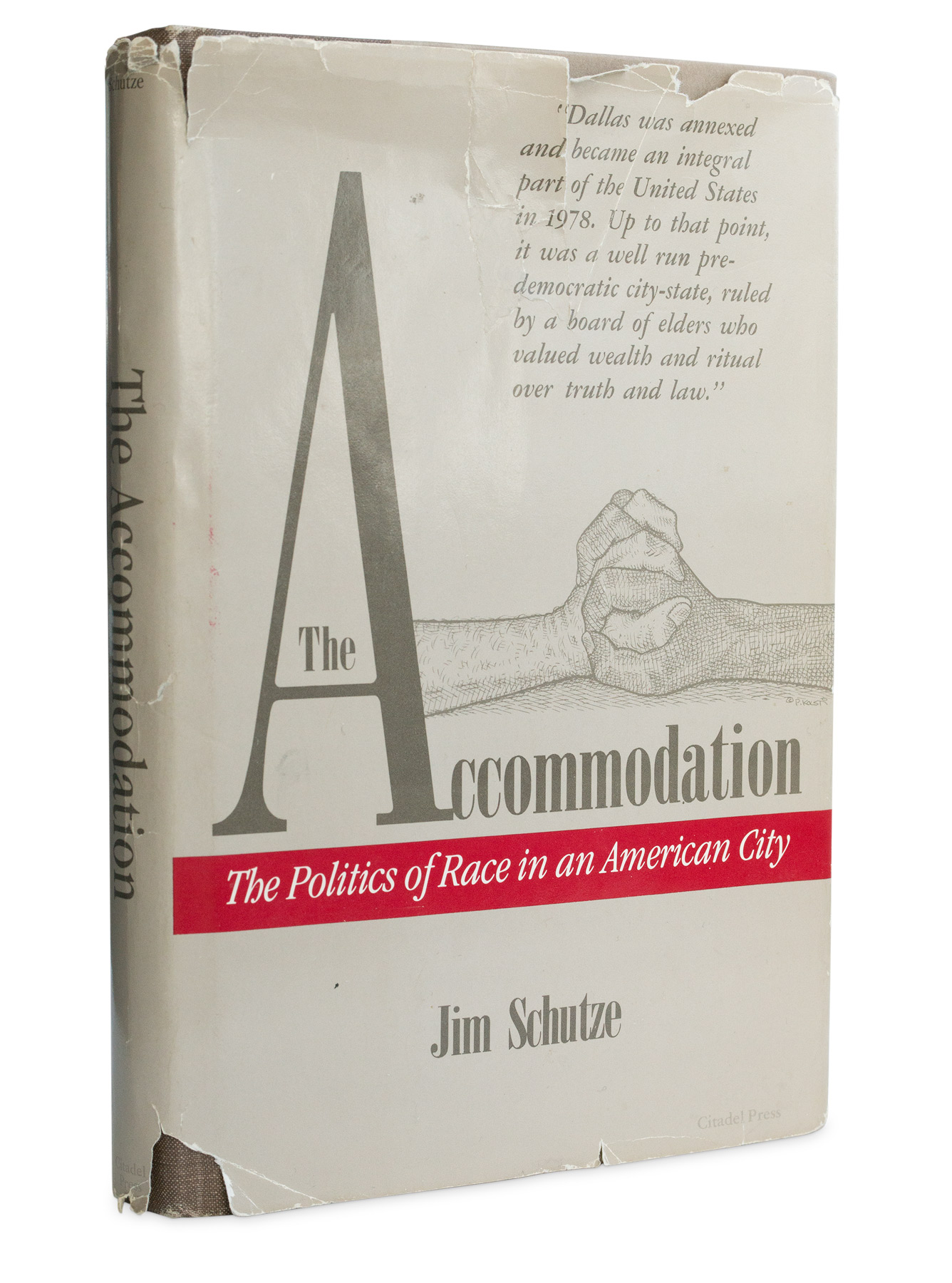 Photography by Elizabeth Lavin
Photography by Elizabeth Lavin
In his book, Schutze argues that the civil rights movement largely passed over Dallas, resulting in a kind of tacit political arrangement that has ensured black leaders remain reliant on Dallas’ white leadership. Just before the book’s scheduled publication, in 1986, Schutze’s publisher abruptly dropped it, citing poor pre-sales. But a New York Times article connected the decision to pressure from white leadership and a city with a “historical antipathy toward self-criticism.”

The book eventually got a small release. When that sold out, neither Schutze nor his publisher believed another print run would make money. But John Wiley Price wanted to see more copies in circulation. The embattled Dallas County Commissioner is awaiting trial for allegations of corruption, but when The Accommodation was published, Price was rising to power, fashioning himself as black Dallas’ “man downtown.” The book made him look good. Schutze kept telling Price a second run would be “a big, fat, honking loser,” but he agreed to let the commissioner republish it, and signed over the rights. Price eventually realized Schutze was correct: “He said, ‘I can’t publish this thing. Commercially, it’s a big, fat, honking loser.’ ”

A selection of books by current and former Dallas columnists

Scattershooting
(1975, Strode Publishers),
by Blackie Sherrod, sports columnist for the Fort Worth Press, Dallas Times Herald, and DMN from 1946 to 2003
Lowest Amazon price: $10

Joe Bob Goes Back
to the Drive-In
(1990, Delacorte Press), by Joe Bob Briggs, the alter ego of John Bloom, Times Herald columnist from 1982 to 1985 (his column continued in syndication)
Lowest Amazon price: $5.29

Schutze has never asked for the rights back. “Shortly thereafter,” he says, “my relationship with the commissioner entered a new phase in which, whenever I approached him physically, he turned his back and said, ‘I smell a skunk in here.’ Really.”

It is difficult to figure out who started the trade in illegal copies of The Accommodation. One person said a copy was borrowed from a rare book dealer. Another said his came from the reference desk at the Dallas Public Library. Regardless, Schutze’s book is back in circulation, passed around by hand or shared via Dropbox. One disseminator estimated that he was responsible for about 100 people reading the book.

The interest in the book stems from its relevance to a renewed conversation about the city’s historical north-south divide and young leaders’ desire to find a new way forward. But there’s also the thrill of getting your hands on something both rare and illicit.

“It was almost cool that it was so hard to get hold of,” one reader told me. “And when people finally got it, they felt empowered. They were going to learn about Dallas’ history.”