Michael Przekwas pulls out his iPhone and shouts for his self-professed “partner in crime,” Belinda Thomas, to stop the car. In an instant, his barrel-chested body is slung over the opened back door of Thomas’ Chevy Impala as he holds up his phone to take a photo of a skinny man with a plump, black garbage bag. He’s about to cross Corinth Street, headed toward the metal scrap yards that line the southern edge of the Cedars neighborhood.

“They’re not supposed to take walk-ins,” Przekwas says. “I’m calling it in.” 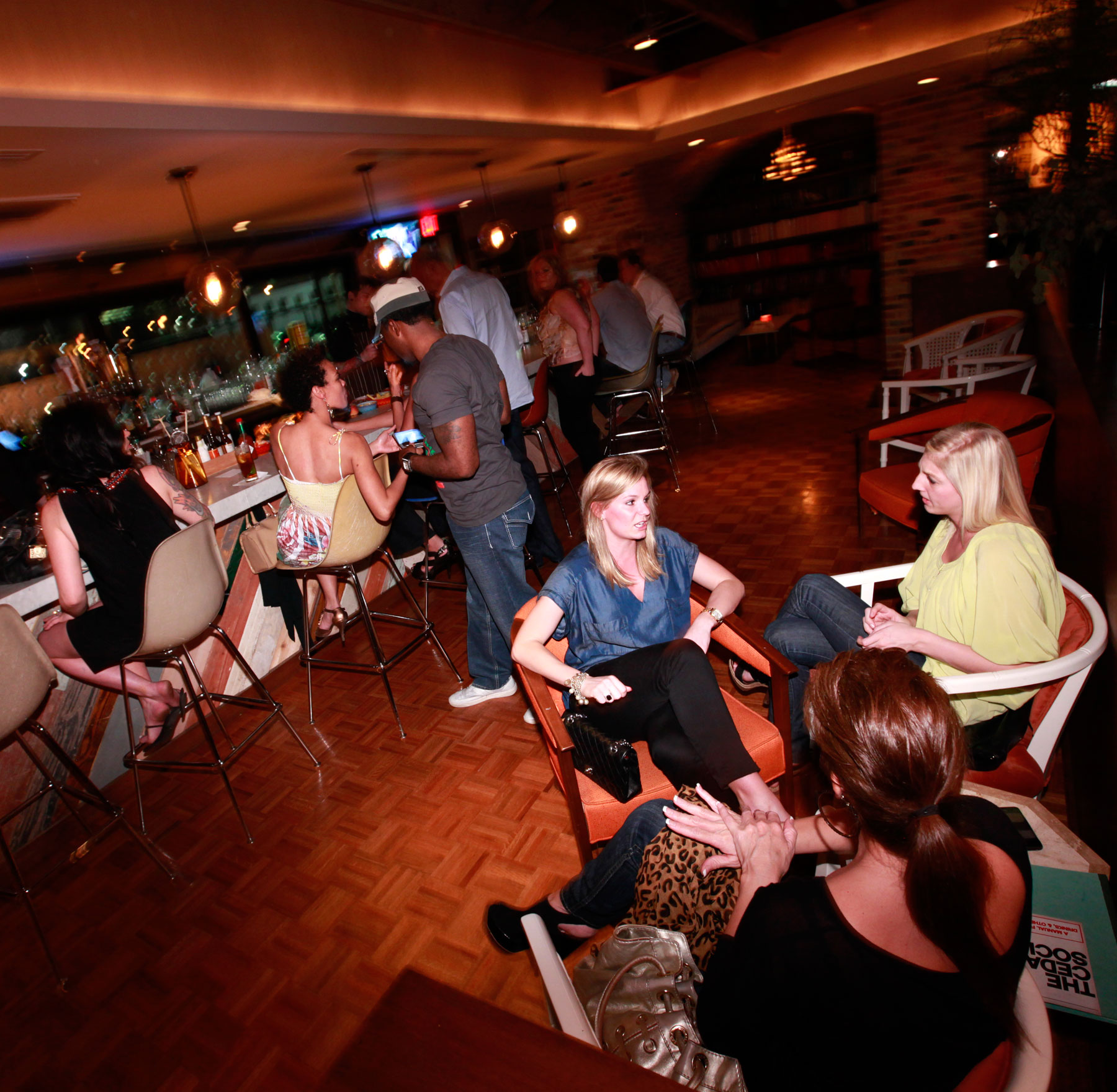 Cedars Social. Photography by Jason Janik
Photography by Jason Janik
The Cedars Neighborhood Association president knows the rules all too well. A middle-aged account manager for a web development company who moved to the Cedars in 2007, Przekwas fought to change the zoning to forbid walk-in metal sales, a typical way homeless people capitalize on petty theft. It’s just one of the battles he and Thomas have waged since they joined forces to fight crime in the Cedars. It all started in 2011 when the Dallas Police Department introduced neighborhood police officers to the Cedars to encourage community participation in combating crime. In the Cedars, it unleashed a gang of citizen watchdogs.

At Full City Rooster Coffee Roasting Studio, neighbors file through with stories from the streets: the burglar who broke his leg falling off a roof because his partner sped off with the getaway car and ladder when the cops arrived; the 90-year-old woman with a shotgun on a shooting stick propped by her front door; the guy who followed “Pokey,” a known burglar, taking photos and texting them to the neighborhood police officer. One of Przekwas’ proudest moments came when he found out that a notorious drug dealer staying at a flophouse on South Ervay Street had been picked up for prostitution. He found the lurid narrative in the police report, printed it out, and distributed it to the other residents at the flophouse. “He was not welcomed back after that,” Przekwas says with a chuckle. 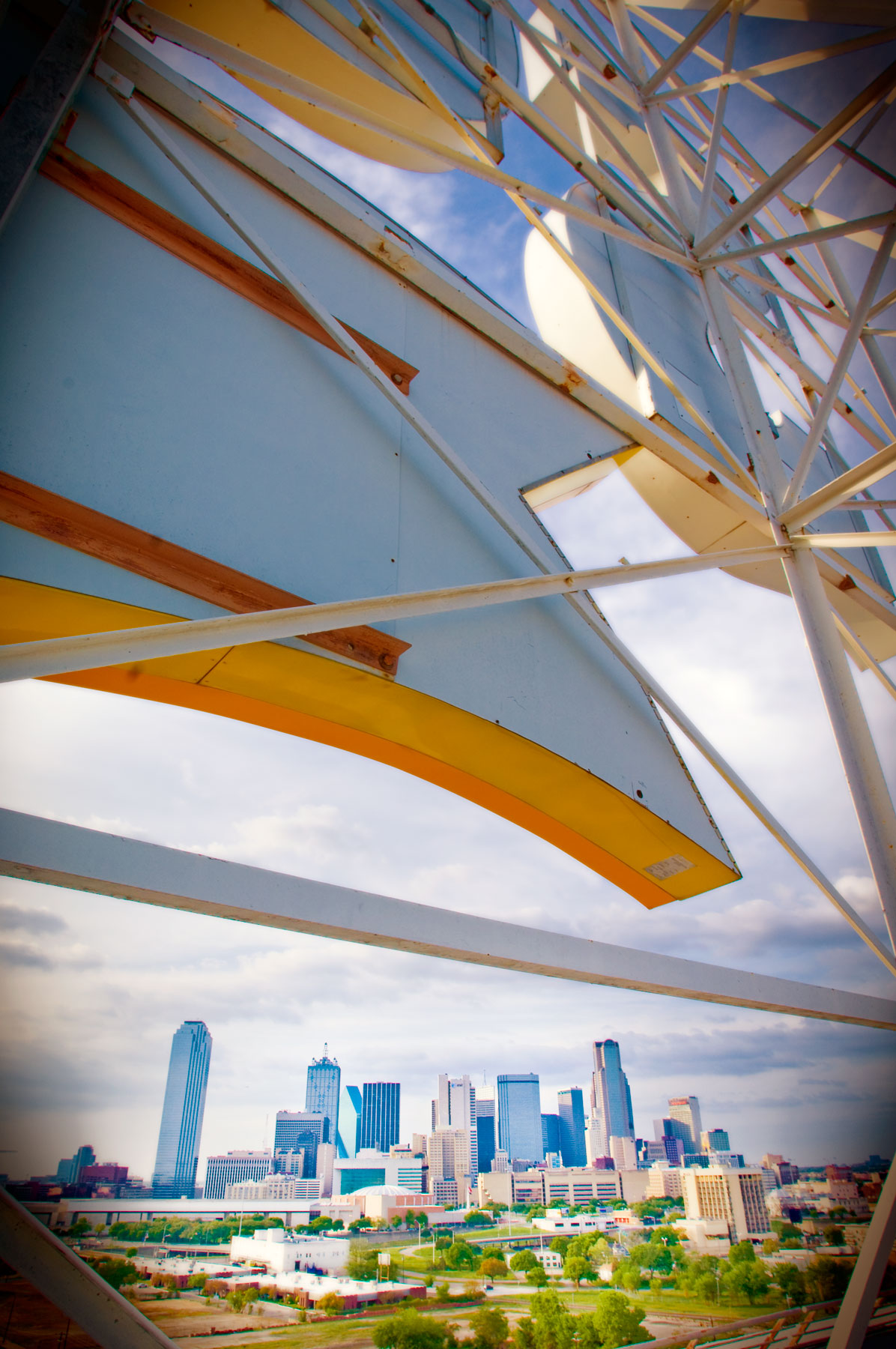 But there are more than just war stories. The Cedars neighbors have banded together to turn vacant lots into parks. They host Halloween parties so that children can trick-or-treat safely, and the Christmas party doubles as a toy donation drive and a chance for neighbors to meet their local police.

Between 2009 and 2013, crime in the Cedars neighborhood plummeted:

The results have been impressive. Violent crime in the Cedars dropped by 33 percent between 2009 and 2013, compared with 19 percent citywide. Nonviolent crime dropped 29 percent during the same period, as compared to 27 percent citywide. Still, problems persist. Despite the efforts of citizens to police their own neighborhood, the Cedars remains a thoroughfare for homeless on their way to and from shelters, churches, and nonprofits that offer food and services. As a result, drug dealers and prostitutes take advantage of the area and its many vacant lots and abandoned rights-of-way. Przekwas believes 80 percent of the crime in the Cedars is related to the homeless population.

“It’s difficult, because no one wants to be labeled anti-homeless,” he says.