Tell people from out of state you’re from Dallas, and they think oil, J.R., big hair, Big Tex—and the Cowboys. The city’s vibrant black culture likely won’t even make the list. We have an image problem in that regard. Despite Ron Kirk’s two terms as mayor, despite Terdema Ussery’s eight years as president and CEO of the Dallas Mavericks, and despite Erykah Badu’s almost 15-year reign as the queen of American neo-soul, Dallas remains in the eyes of many on the national scene a city with little to no black presence. And, to be honest, there are black people living here who have the same misconception.

The following pages are a showcase of the depth and diversity of black experiences that North Texas has to offer. Entertainers and entrepreneurs, transplants and natives, singletons and couples—these 10 individuals and families represent a cross-section of the successful blacks who choose to make Dallas home (or, in one case, their second home). It was a deliberate choice for each of them, for a variety of reasons: career, family, weather, real estate, schools.

They’ve learned a lot about Dallas since making their choice to live here, and they are eager to share.

Love: “When friends from out of town visit, I take them to Mi Cocina or Javier’s so they can try some quality Mexican food. For a night out, I like to hit up Knox-Henderson or Uptown. Both of those areas have everything you are looking for, if you are looking for great nightlife.”

Learn: “I’m proud to say Dallas is the birthplace of the chicken fajita and the frozen margarita.” 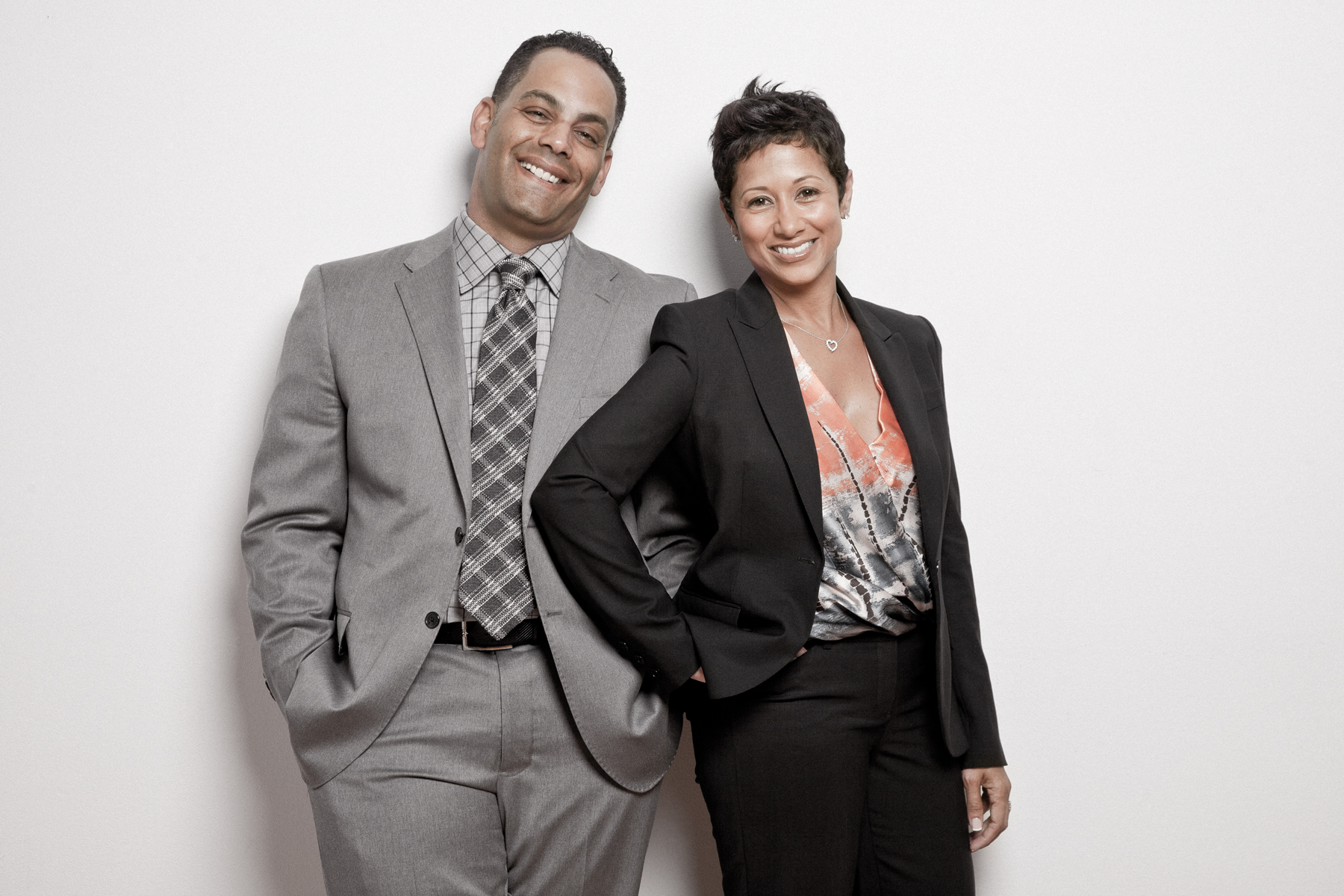 Live:  “Toby relocated to Dallas for work in 1994. I followed when we got engaged in 1996. After living in Dallas for almost 15 years, there is no other place we see ourselves living.”

Love:  “Dallas is a city made up of people who hail from all different parts of the world. You rarely meet someone who is actually from Dallas, which makes for a very broad range of thoughts, opinions, and ideas. All contribute to making our city great.”

Learn: “More Fortune 500 companies are headquartered in Dallas than in any other city, including New York.” 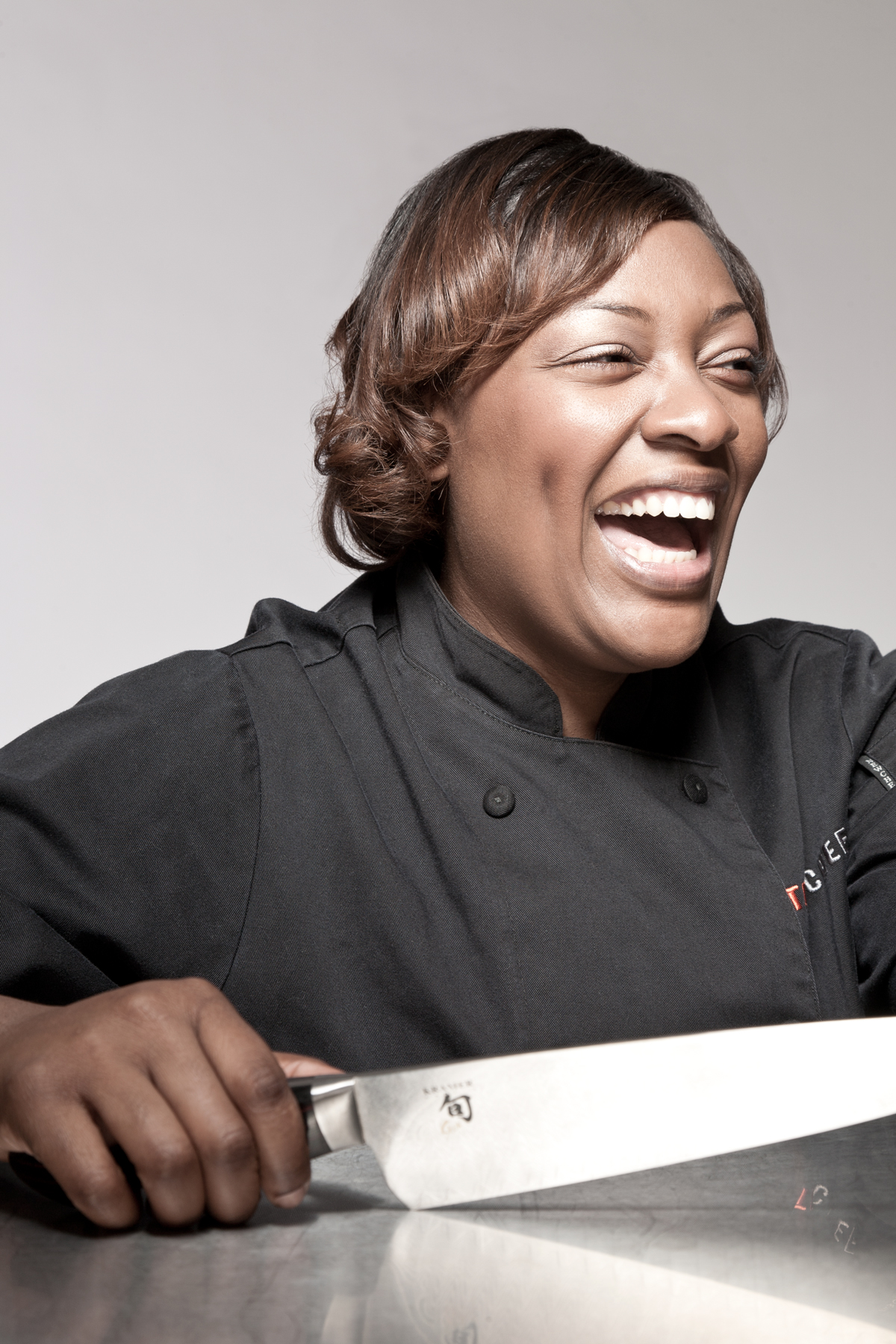 Age: 28
Executive chef/partner at Private Social
Lives in Carrollton (in the area since 2004)
Hails from Beaumont, Texas

Live: “I first moved to Dallas for a job at Grotto Cucina Napoletana but later decided to stay because of the whole Dallas scene. There are all types of people here, a mix of all incomes, cultures—and especially cuisines. There is always something to do.”

Love: “The layout of the city is great. Every area has a different feel from the next. Valley Ranch has hills and rivers running throughout. Uptown has plenty to do, including shopping and eating. There are so many great restaurants and chefs. And traffic is minimal. I moved here from Houston.”

Learn: “Dallas has one of the best pad Thai restaurants—Thai Zense in Valley Ranch—that I’ve ever experienced.” 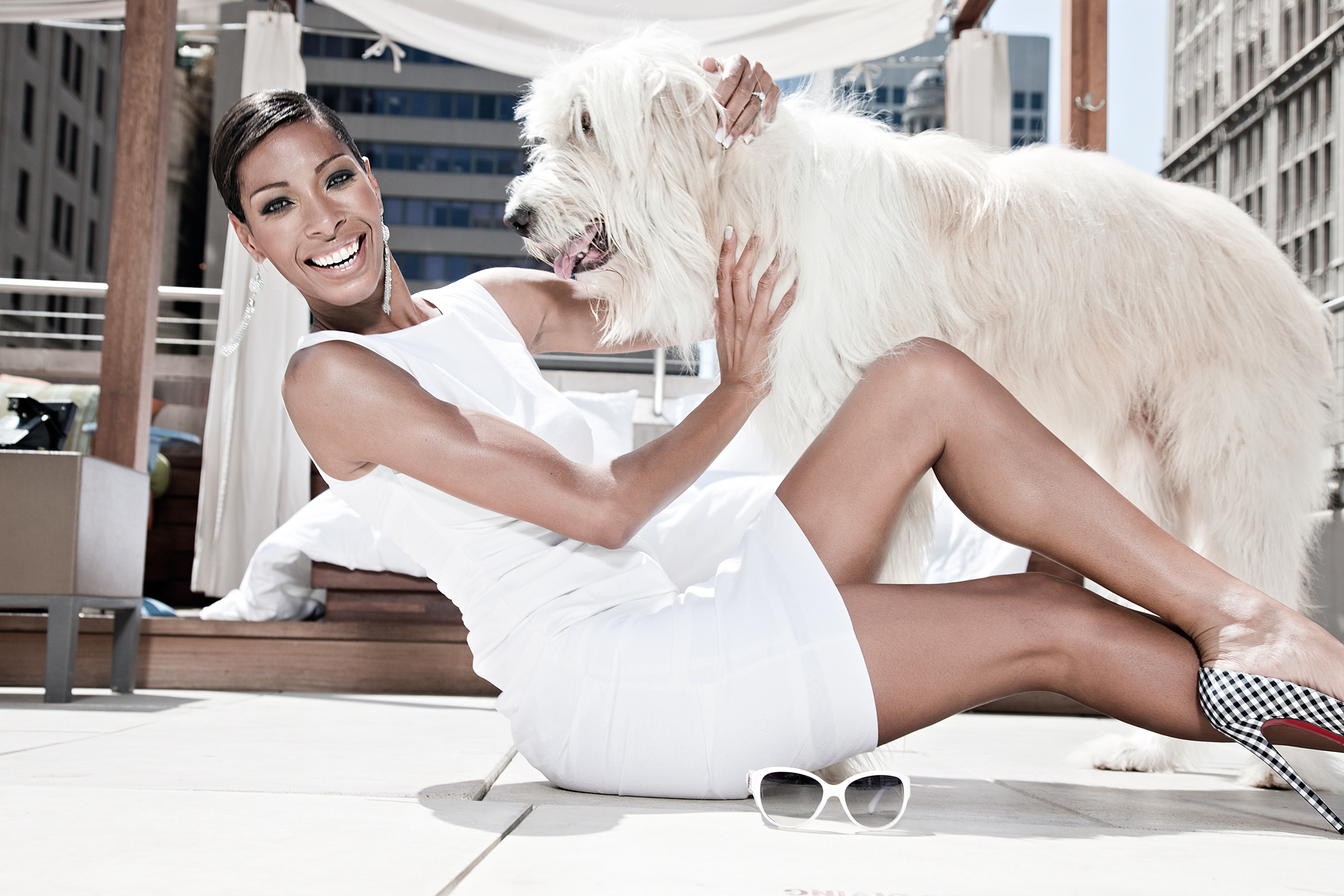 Live: “Dallas is amazing. Incredible restaurants. Phenomenal shopping—Neiman, Saks. Then you have the Cowboys, the Rangers, the Mavericks, and FC Dallas. But best of all, you can get a 4,000-square-foot custom home for the price of a 1,200-square-foot apartment in New York City.”

Love: “This area is big-city living with small-town values. Texas hospitality is real. People smile and mean it.”

Learn: “Dallas is home to the original Neiman Marcus.” 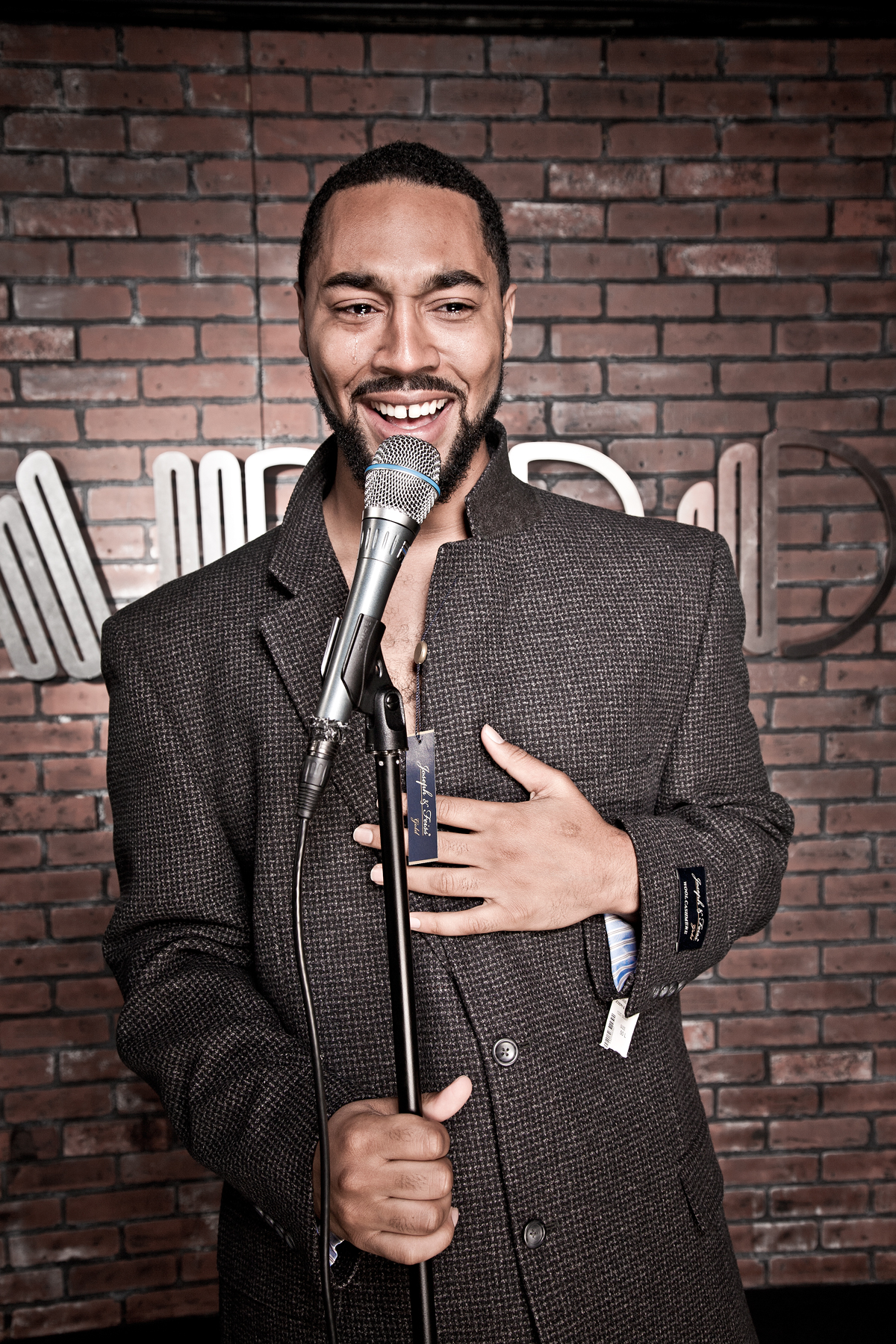 Live: “I moved to Dallas because Anheuser-Busch promoted me. That was five years ago. I no longer work at Anheuser-Busch. Moving to Dallas made it possible for me to follow a dream. Fans voted me one of Texas’ funniest comics in a local competition last year. I’ve got an amazing fan base here.”

Love: “The live entertainment scene here is great. National acts come through all the time.”

Learn: “Dallasites have no idea what real traffic is. There are 8,000 highways and loops in DFW! There’s no need to complain when you’ve got options like that. Talk to me after you sit in Atlanta traffic once.” 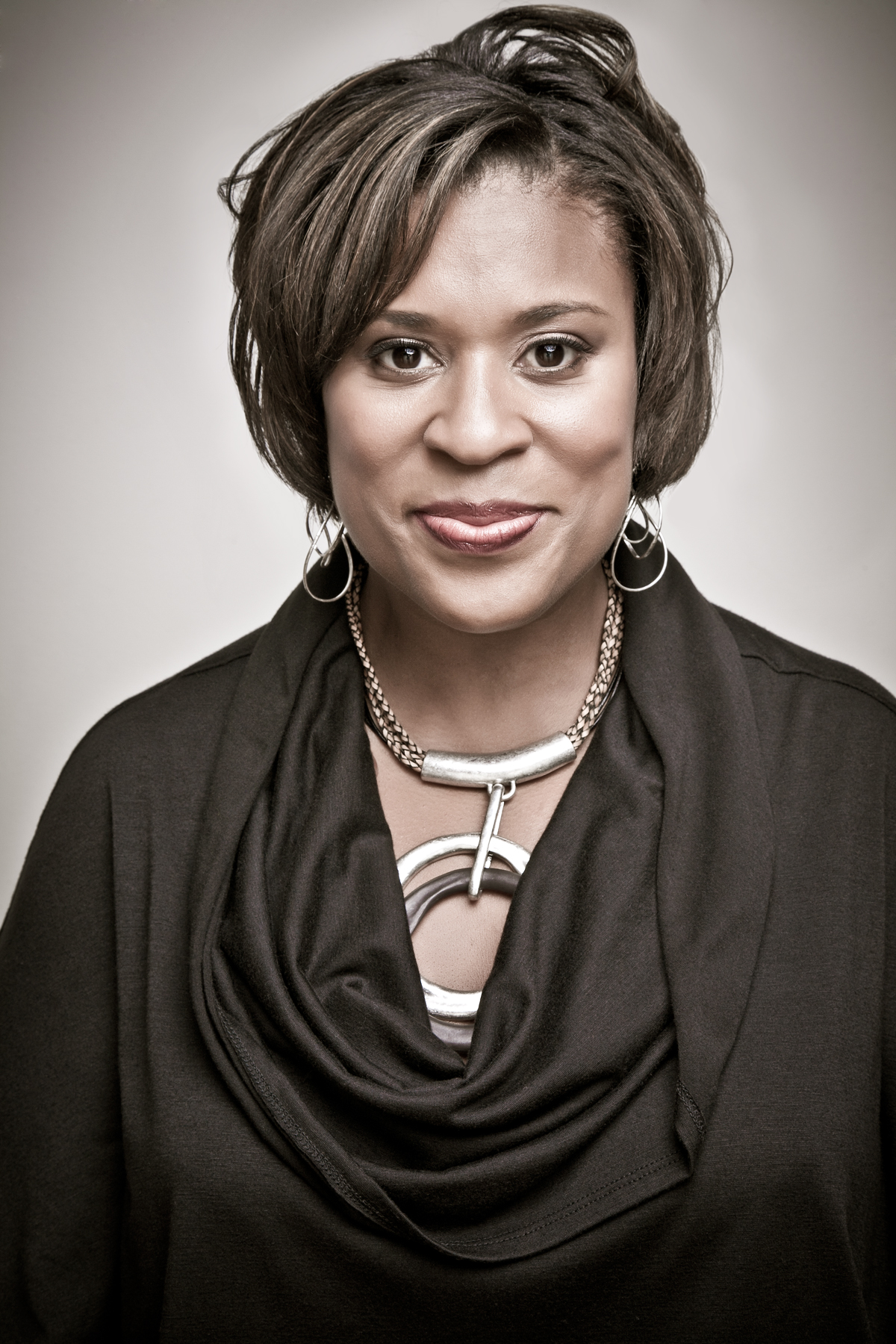 Age: 41
Senior director, marketing, and innovation for Frito-Lay
Lives in Plano (since 2000)
Hails from Memphis, Tennessee

Live: “The quality of life in Dallas is great. The city offers so much to see and do. It’s also centrally located so I can easily travel anywhere in the United States.”

Love: “Whether it’s the Dance Theatre of Harlem performing at the Black Academy of Arts, plays at the Fort Worth’s Jubilee Theatre, or a performance at Bass Hall, my 8-year-old daughter, Loren, and I have wonderful adventures discovering all the city has to offer.”

Learn: “Dallas offers phenomenal culinary experiences. I have played with the idea of dining at the top 100 restaurants in Dallas.” 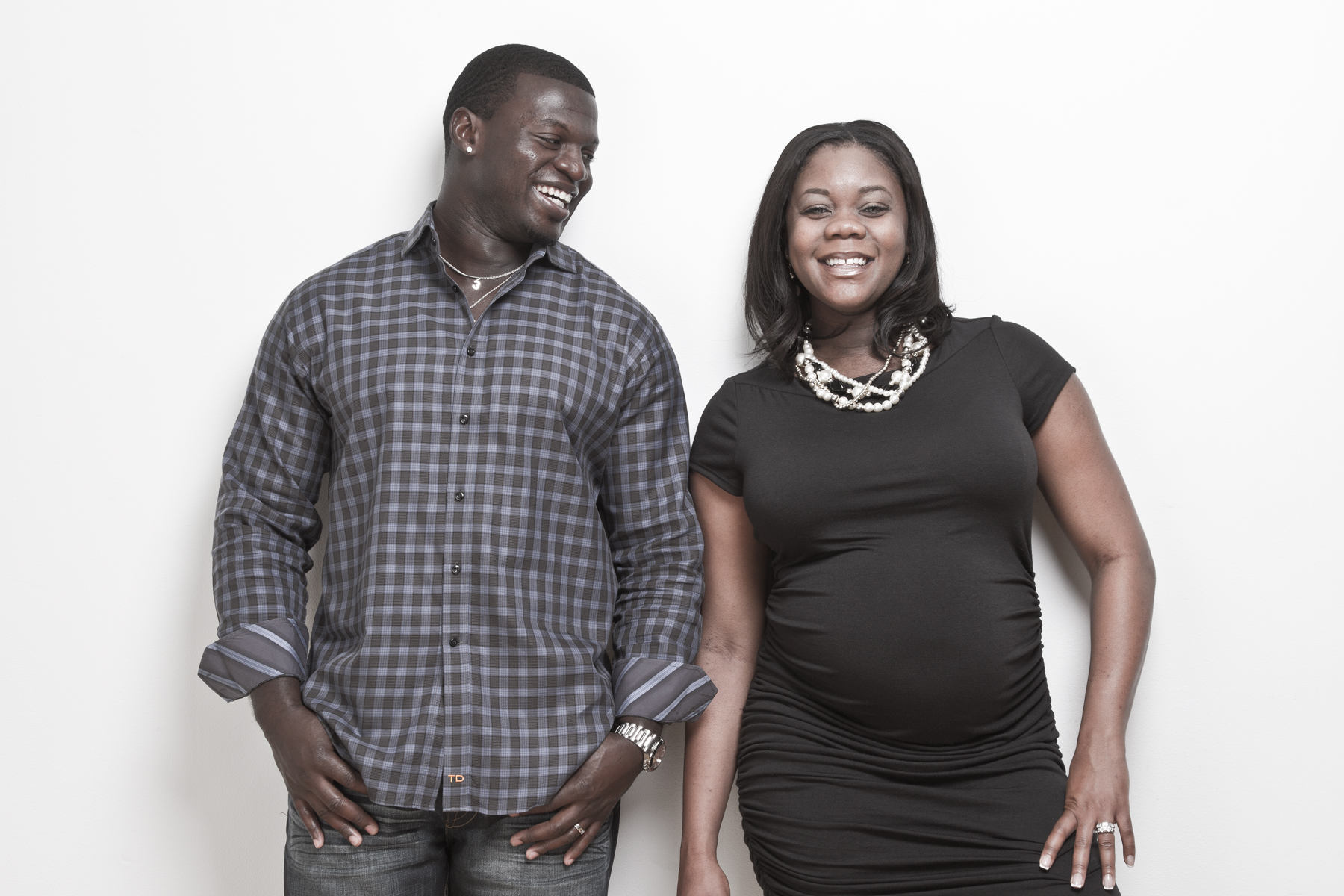 Live: “After graduating from TCU, we knew we wanted to make our home here. Dallas has very distinct neighborhoods and is rich in individual cultures. There’s something for everyone all over the city.”

Love: “From the suburbs to Uptown, you feel welcomed. We discover hidden Dallas treasures every time we venture out. In fact, all our adventures center on food, and Dallas is a great place to indulge that passion. We love the restaurants in the Bishop Arts District.”

Learn: “Despite what you might have seen on TV or in the movies, Dallas isn’t a cowboy town. There is a level of sophistication that arises out of every pocket of the city. I’ve yet to see a horse traveling down Central Expressway.” 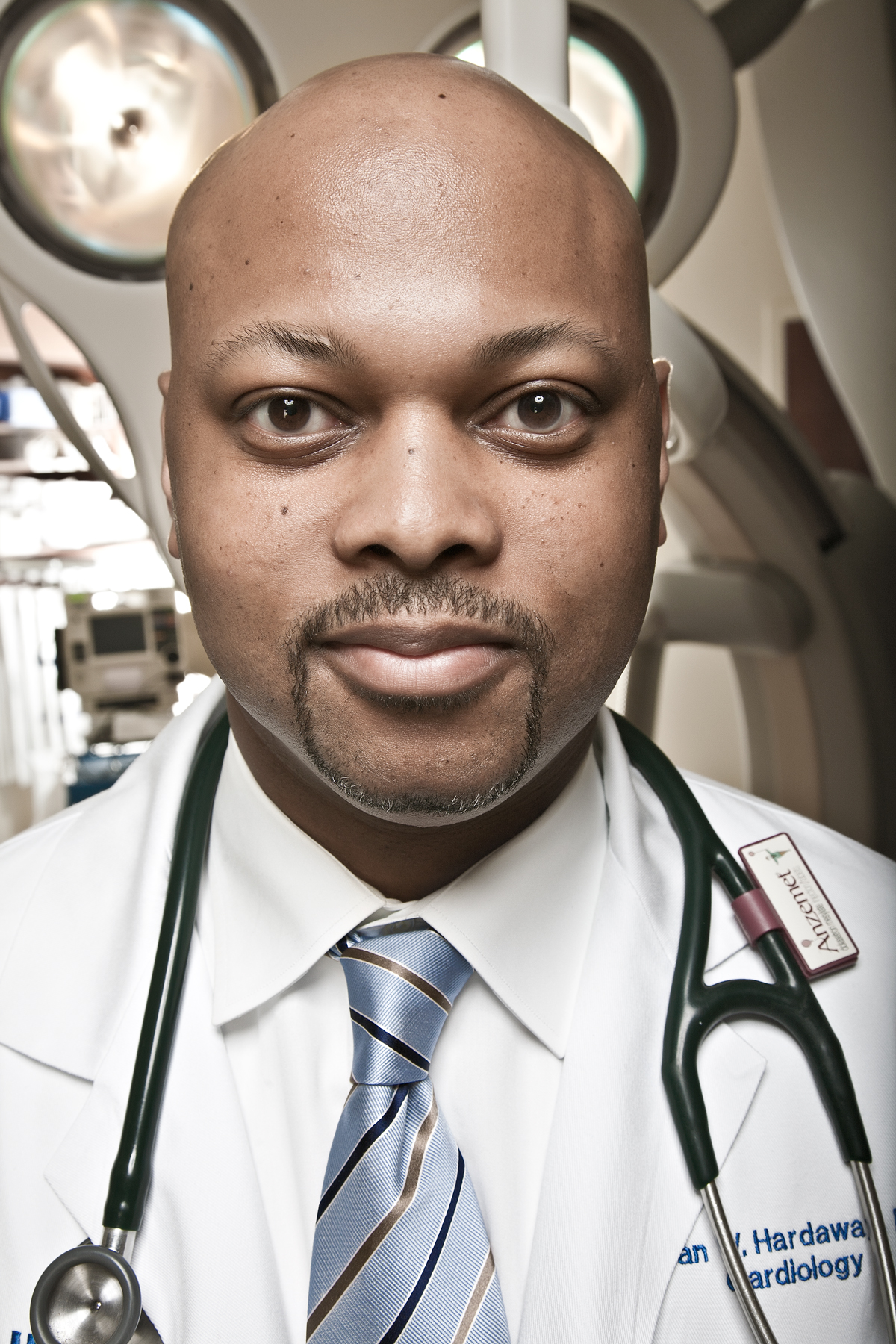 Love: “My wife and I attended the wedding of a close friend here in November 2008. The first thing I noticed as we left the airport was that the sun was shining and it was 70 degrees. At home, it was 30-degree weather and overcast sky. That sealed the deal for me.”

Learn: “Dallas is a safe place. There really does seem to be a strong sense of community here.” 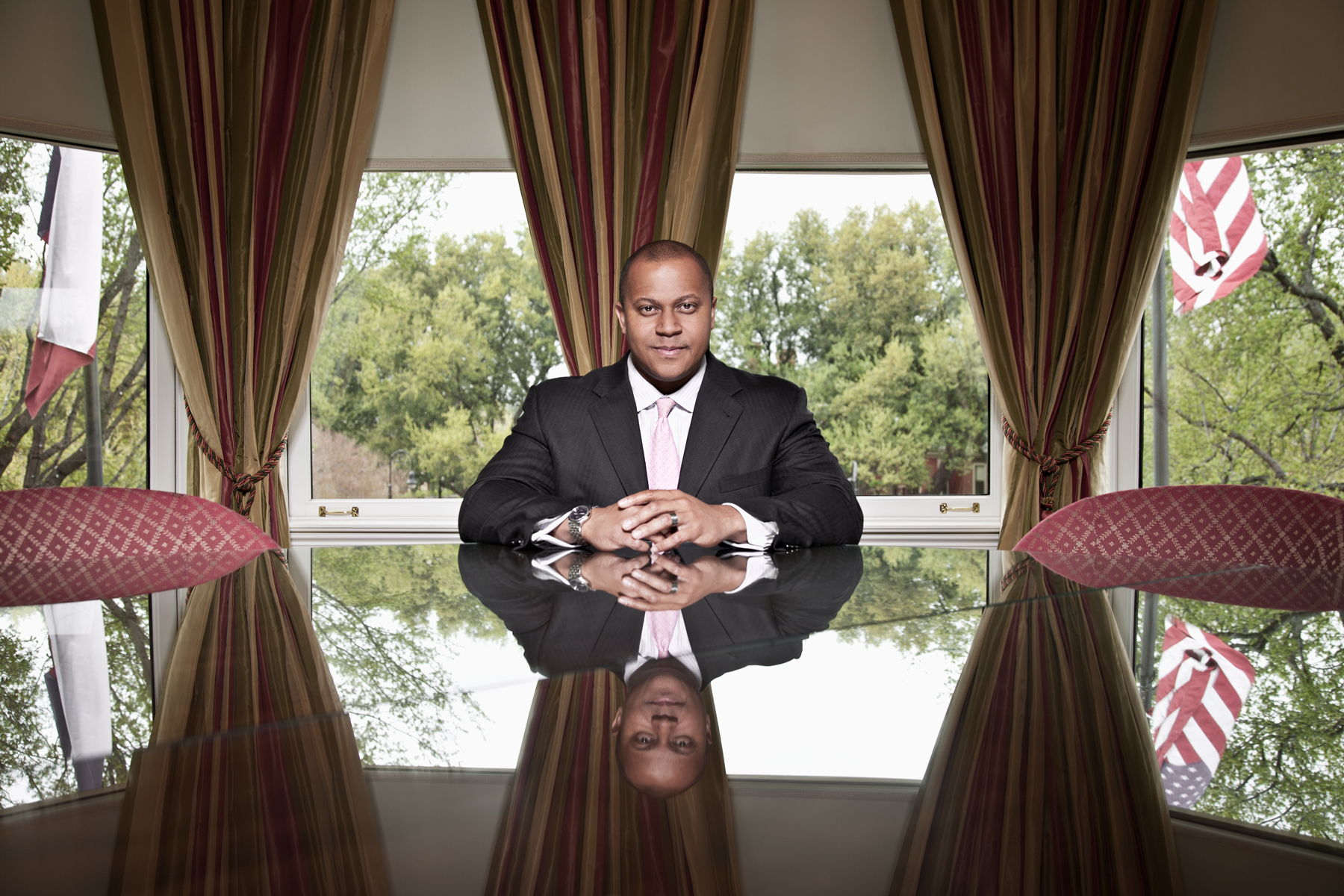 Live: “I left New York after surviving the destruction of the World Trade Center towers. I came here because Dallas is a big city with a small-town feel. Dallas is big enough that we matter on a national scale but small enough to make friends. My wife and I often bump into people who say, ‘I remember you from Smoothie King, 24 Hour Fitness, Royal Thai, NorthPark mall, Arlington Highlands.’ ”

Love: “The weather is great. You rarely need a jacket. Jeans are perfect to get you into the hottest spots in town. It’s diverse enough where you encounter people from all sorts of backgrounds, cultures, and income levels. And you can get a table at a great place with minimal need for a reservation. Rush hour is what it is, but any other time, you can let a sports car do what it’s supposed to do.”

Learn: “Dallas has one of the lowest costs of living among major cities. Every dollar you make in Dallas is worth about 2.4 times as much as the same dollar in New York City. Look it up on Payscale.com. But the best-kept secret in Dallas is the work-family life balance. Employers encourage the 9-to-5 workday. You can make it to your kids’ activities. That’s one benefit of Dallas living that can’t be overvalued.” 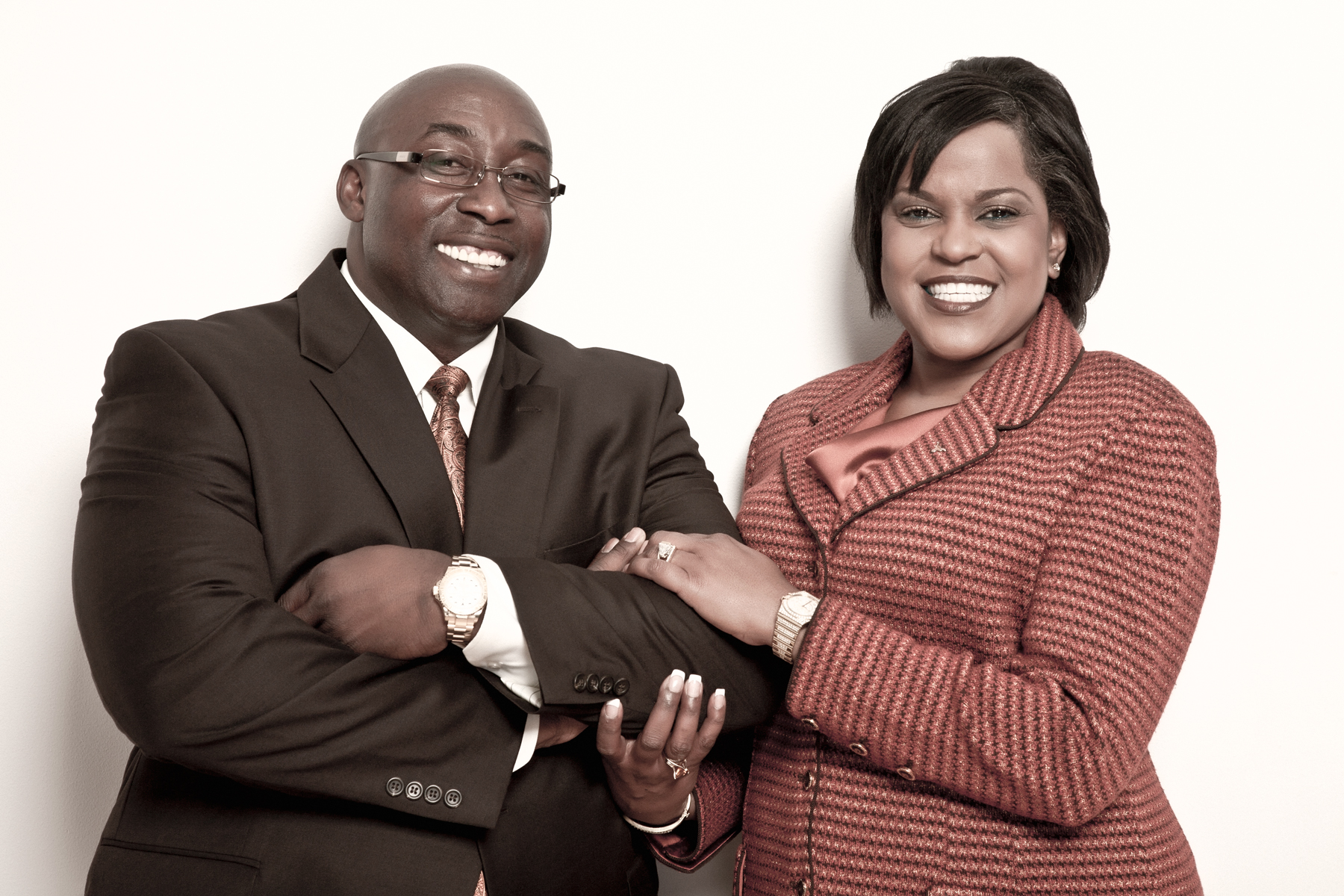 Live: “We have a home in Mansfield that we commute to from Chicago twice a month on the weekends. We work in the Chicago area.  We built our home in Mansfield because of our Love for the area. We will eventually retire here. Dallas provides great work-life balance for us. We’ve got a great support system. Real estate is an incredible value. DFW International Airport puts us in close proximity to the things we enjoy.”

Love: “The people here are so friendly and helpful. It’s almost as if you never meet a stranger.”

Learn: “Thanks to venues such as Bass Hall in Fort Worth or those found in Dallas’ downtown Arts District, we have access to some of the world’s most renowned works of art and performers.”