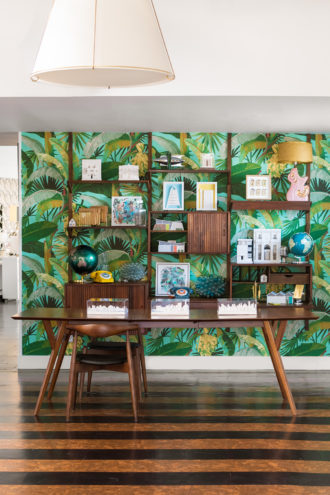 Amidst the brick exteriors in Exposition Park, Maestri Gallery’s Palm Springs–inspired exterior and flamingo-topped roof is hard to miss while driving down the main drag of Exposition Avenue.

Eddie Maestri, architect and principal of Maestri Studio Architecture + Interior Design, is hoping to add a little personality and maybe a gallery walk or two to the artist-filled area. After five years in the 1948 building, which served solely as his architecture and design firm’s office until this year, Maestri decided to free up six rooms in the front of the building for his own gallery space, sharing the artists, products, and modern designs the well-traveled designer loves. “I’ve just picked artists that I really like,” says Maestri. “Some are people I’ve worked with on projects, but some are just people who are fun.” 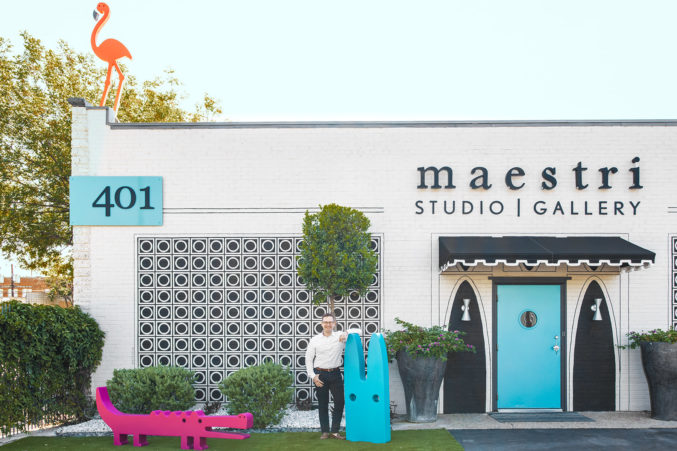 Eddie Maestri mixed a midcentury-modern aesthetic with a palm springs vibe for his studio space in exposition park.
Elizabeth Lavin

The gallery also features candles and mod lighting, including Mathieu Challières’ birdcage chandeliers—complete with birds made of real feathers. Maestri will soon include his custom-designed furniture, as well. “My great-great-grandfather had a furniture store in Louisiana,” says Maestri, who has created pieces for clients during projects. “I’ve always wanted to do it. When the furniture component comes to the gallery, I think that’s going to be really fun.”

Keep an eye on the Maestri Gallery website for upcoming events. If the string lights along the carport don’t catch your eye when you’ve arrived, the towering flamingo—whose name is Martin—should help.

If you’ve paid a visit to The Container Store on Northwest Highway this summer, you may have been thrown for a loop. Gone are the towering aisles of woven baskets, plastic containers, trash cans, laundry hampers, and storage drawers. In their places are thoughtfully laid out areas dedicated to the different spaces in the home. Enhanced lighting and lowered ceilings create a more inviting space, while in-aisle computers allow customers to virtually create and shop for a custom Elfa door and wall rack. 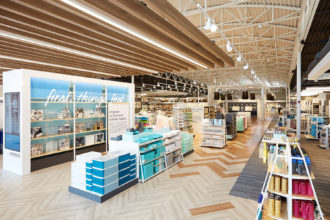 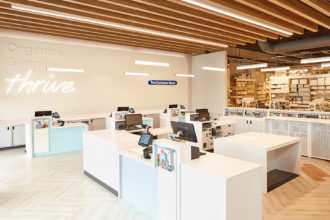 The Coppell-based company’s new look is all very 2018, and right now, it’s only at the NorthPark Center–adjacent location, which is serving as a testing sight for the reconfigured “Next Generation Store.” “After 40 years, it was time for an update and a remodel,” says the store’s general manager Grainne “G” Cella. “This is a high-volume store. We can get a lot of feedback.” 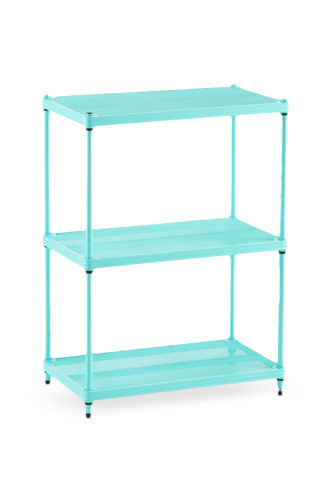 In addition to the new technology and softer, more comfortable aesthetic, the store’s updated layout caters to its No. 1 customer: a parent in a hurry. There’s less product cluttering the floor and you’ll find a “First Things First” area in front stocked with the most pertinent inventory. There’s also an option for in-store or curbside pickup—perfect for regulars.

Ultimately, the company will apply lessons learned at the Dallas location to new stores across the country. But despite the modern makeover, the heart of the store remains the same. “Working here is really touching. People are usually in a phase of their life. They’re getting ready for a baby, they have a child going to college, or they’re upsizing or downsizing to a new home,” says Cella. “You start hearing customers’ stories and connecting with them; there’s just something really lovely about it.”

Plano’s bustling Legacy West has an impressive roster of nationally known names, from Kate Hudson’s Fabletics to Sugarfina and J. Crew. This fall, local small business favorite Read Between the Lines is entering the mix. Owner Melinda Jones, who debuted the flagship store for her playful stationery and prints in Victory Park in spring of 2015, had been on the hunt for more than a year for the perfect second location. “To be able to interact one-on-one with customers—retail is such a gift,” says Jones. “There’s a wonderful energy in Legacy West, and we know that it’s going to be a store that we can serve well.” 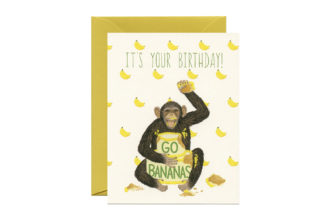 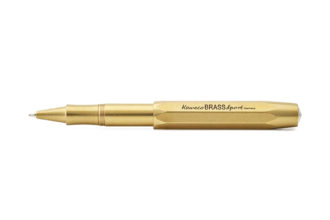 The larger, 1,300-square-foot space also offers Jones and her team the opportunity to expand their selection. Shoppers can expect the same Austin- and Los Angeles–based brands carried at the flagship, but with new French and Nordic candles and bodycare lines added to the assortment, which, in keeping with the original shop, caters to men and women. “I always lovingly say, ‘This is not a girlie paper shop,’” says Jones. “This is a store for discovering goods you’re proud to own and give, and hopefully, it’s a refuge from the hectic world outside.”

Bell of the Ball

We still miss Nest—the Knox District shop that closed in 2016. Founder Heather Wiese Alexander wanted to focus her energy on her luxe stationery company Bell’Invito, and it’s been a joy to watch the pretty papery grow. 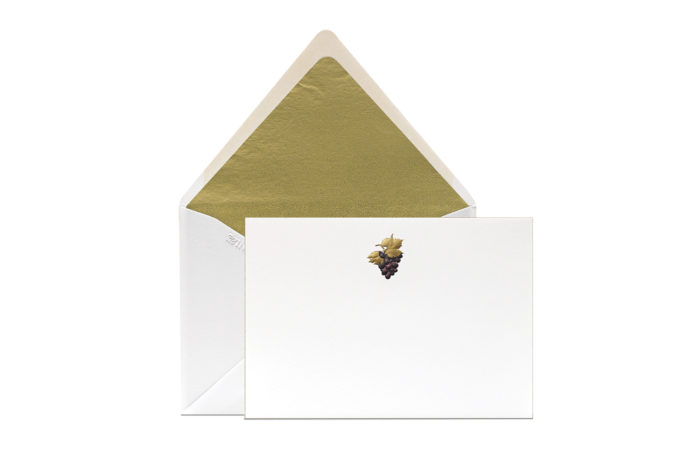 Set of 12 “What a Cluster” cards and envelopes, $60
Courtesy of Vendor

The internationally sold brand (Wiese Alexander helmed a pop-up in Florence, Italy, last fall), keeps adding to its lineup of stationery, travel and home accessories, and entertaining essentials, including a European-inspired coaster collection and boxed stationery set What a Cluster, which features a grape- and copper-coated leaf. “We’ve had so much new business out in San Francisco, and I don’t think there’s anybody here who doesn’t love wine, so this was a long time coming,” says Wiese Alexander. “We mix all our ink here, so that iridescence is sort of a manufacturing feat—just cool craftsman in the back having fun with a little chemistry and pressure.” 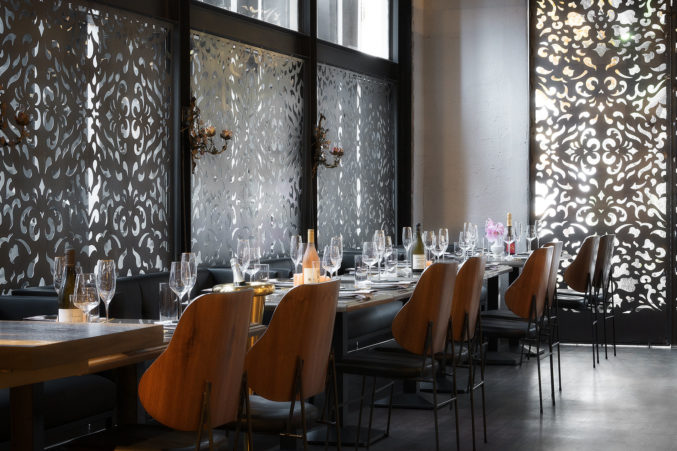 Since the Travis Street shop’s in-house restaurant first made its debut in fall 2014, lunch at Grange Hall has always been a treat: one marked by caviar-adorned sandwiches, Tom Dixon Champagne buckets, aubergine velvet walls, and gold silverware. Starting this fall, you can extend the extravagance after hours with a new Thursday night dinner service at the beguiling boutique. Expect an entirely different evening menu with just two or three holdovers from lunch—including the UberLuxe Golden Egg (beginning at $112) served with Petrossian caviar in a Furstenberg gold-plated porcelain egg. Simple pleasures.