So, where are the toys? It’s a fair question in the home of Kathryn and Hal Cook, grandparents of eight and owners of Learning Express Toys, the beloved Park Cities shop.

But even someone who breathes toys at work knows her limits at home. “We have plenty of toys here,” says Kathryn. “They just get put away when the kids leave.”

When there aren’t grandkids around, which isn’t all that often, it’s easy to see how the Cooks’ stylish, sprawling Park Cities home is a sophisticated retreat for grown-ups. Created by the team of interior designer Tracy Hardenburg; architect Christy Blumenfeld; Tatum Brown Custom Homes; and Harold Leidner Landscape Architects, the look is elegant without being stuffy, modern without harsh edges. And when the grandkids come over, the house opens itself into a wide, welcoming embrace. 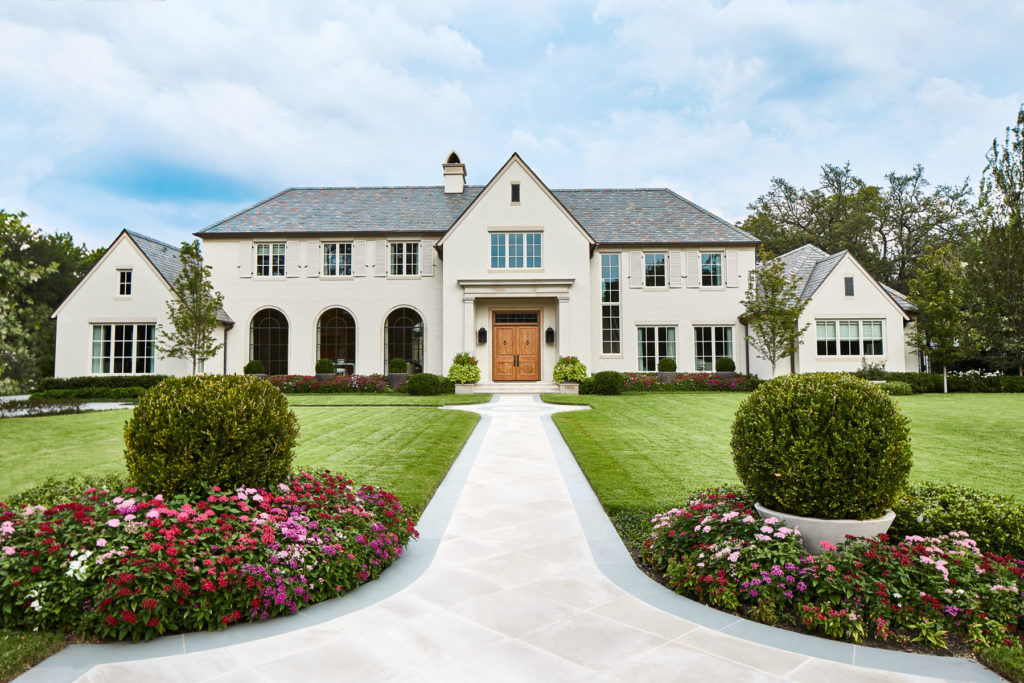 “They play football in the yard,” says Kathryn. They ride their scooters in the foyer, carve pumpkins on the lawn, and plug in their laptops and munch on snacks at the curved custom sofa table in the living room where they have their choice of two TVs. Even the freezer gets to play. “All we have are Popsicles and ice cream in here,” Kathryn says with a laugh. That’s just fine with her. “We wanted a place with enough space where the kids could play, eat, and sleep over.”

“We wanted a place with enough space where the kids could play, eat, and sleep over.”

The Cooks moved into the house in August 2016, after a nearly two-year design and build project. “I gave Christy just a few ideas. I wanted a downstairs master, a porte-cochere, and something with a classic, timeless feel. I also wanted to be able to see through from the front to the back.”

For the interior design, Kathryn turned to Hardenburg (who had recommended Blumenfeld to the Cooks). “I called her and said, ‘OK, we’re getting this lot. Can you help me? Because if you can’t, I’m not doing it,’” Kathryn recalls. The homeowner gave Hardenburg the designer’s dream of plenty of freedom and a willingness to start from scratch. “She did it right and all at one time,” says Hardenburg. 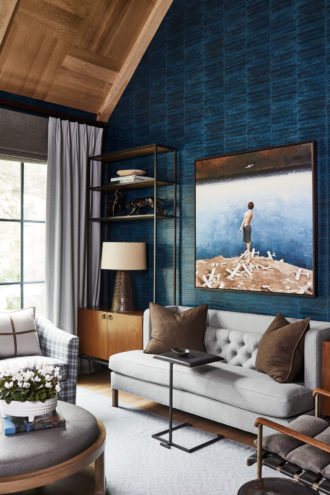 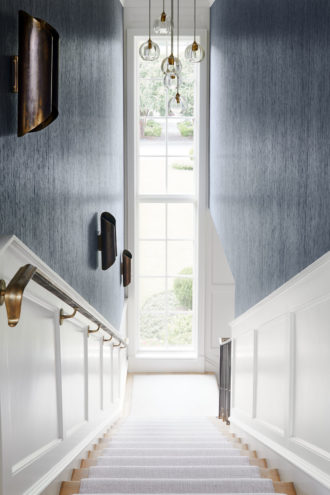 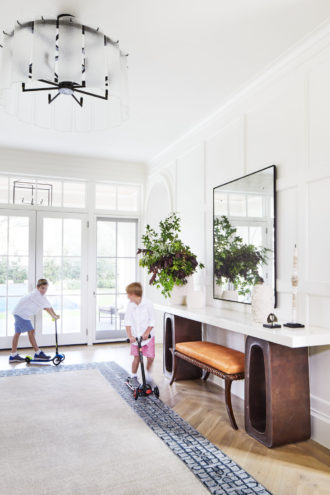 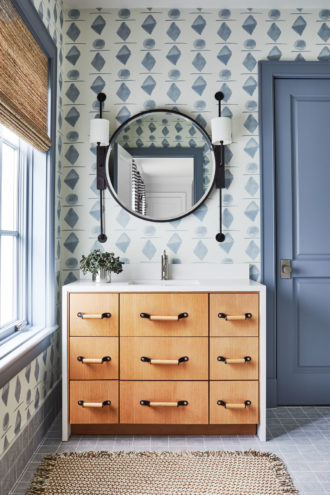 The result is sun-washed chic, with colorways of beachy blues and pops of coral and pink. Hardenburg created custom pieces throughout the house and turned to classics for furnishings and design details: Baker, McGuire, Kelly Wearstler, Janus et Cie, A. Rudin, Robert Kuo, and more. Numerous seating areas invite conversation, and none are off limits. Kids feel just as at home at the big, round breakfast table as they do on custom bar stools with Holland & Sherry cowhide upholstery.

The house also features delightful surprises at every window. Even the stairwell gets its own statement, with Phillip Jeffries wallpaper and a John Pomp fixture directing your gaze toward a two-level window with a view to the street. 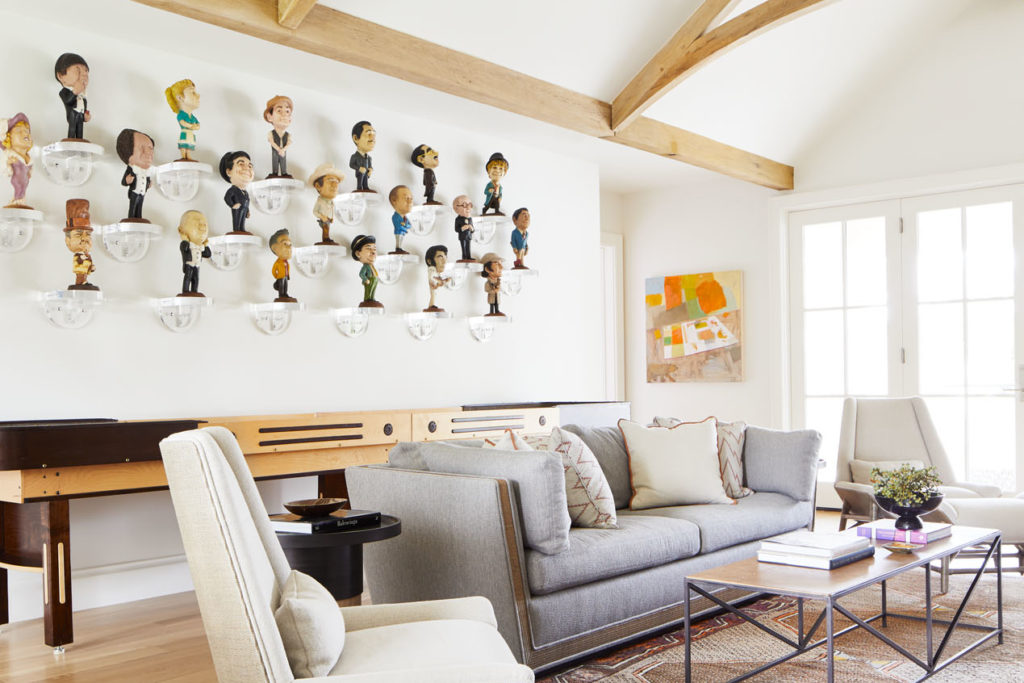 Upstairs are suites for boys and girls as well as a game room and patio. Perhaps there are toys here? Nope, out of sight here, too. Kathryn and Hal Cook have taken to heart the lessons from Woody, Buzz, and the rowdy fellas of the Disney epic: Even the coolest toys lose their appeal to supercool grandparents with the best playhouse ever.