The Gypsy Wagon owners Carley and Johnny Seale have always loved to roam, finding inspiration for their home, gift, and apparel store along the way. Their wanderlust resulted in opening stores in two of their favorite cities—Austin and Crested Butte, Colorado. But this time, the Seales didn’t have to go far to open their travel-inspired shop Roam Fine Goods. 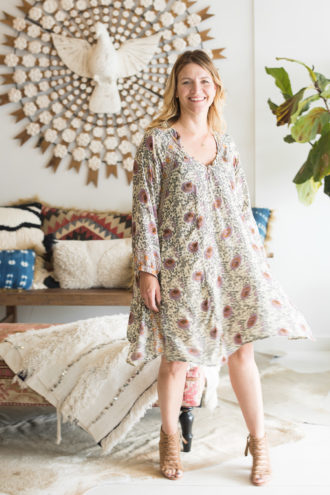 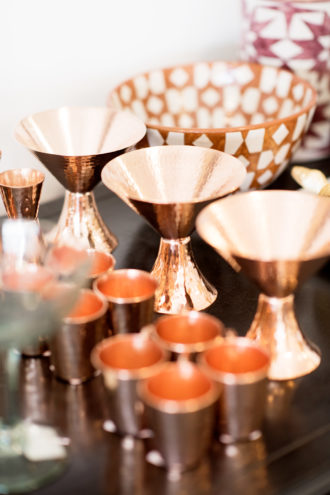 Elizabeth Lavin
Around the World: Carley and Johnny Seale are celebrating their love of travel with a new home, gift, and apparel store in North Dallas.

The North Dallas store offers an elevated take on its Henderson Avenue sister store’s signature eclectic vibe. Silk blouses by Parker mingle among Rails and Free People, while fine jewelry by Melanie Casey and Aili are displayed alongside high-end home goods, including Paul Meyer’s modern paintings, vintage rugs, and Assouline tomes. “At Roam, most items are small batch, created exclusively for us,” says Carley. “The love that went into finding them deserves special attention. So, I created an entire store around them.”

Ready for a Remix 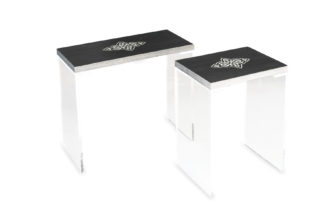 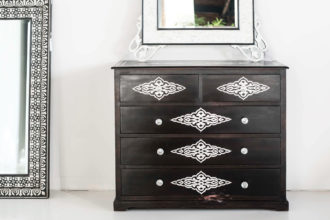 After 44 years, Dallas’ Art of Old India showroom is rebranding to AOI Home. The exotic Design District staple has undergone an evolution in the past year, adopting a more contemporary look as the brand began introducing its own lines of mother-of-pearl, glass, and Lucite furnishings. Don’t worry, though—the temple doors, tapestries, and architectural antiques still line the sprawling showroom walls. 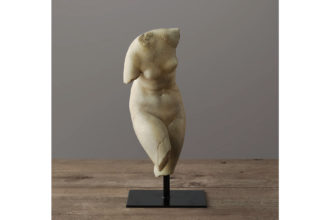 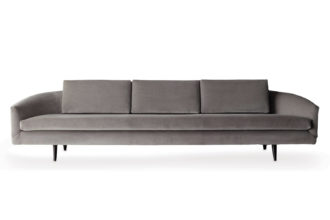 This winter, RH, Restoration Hardware expanded its presence in DFW with a newly opened outlet store in Fort Worth’s Tanger Outlets. New, discontinued, and slightly less-than-perfect merchandise from the luxury retailer will arrive regularly to the 25,000-square-foot showroom. If stepping into Coco & Dash on Henderson Avenue feels like entering a friend’s impeccable home, then the latest addition, Ciao, Coco!, has vacation house written all over it.

Just behind the original store (find the entrance through a new courtyard on the side of the H Street Shops building), the travel-inspired offshoot allows mother-and-daughter team Teddie and Courtney Garrigan to curate a fresh, more approachable concept for shoppers. The intimate, treillage-lined interior—centered around a towering, silver palm tree—is stocked with unique accessories and gifts sourced from around the globe along with a slew of prepackaged gourmet sweets. Shoppers can find colorful, tassel pillows for under $100; vegan leather bags depicting British storefronts by Vendula London; Fiona Walker’s whimsical, felt animal wall mounts; and an assortment of candles and artwork.

“We’ve ordered so many cute things for 2018,” says Courtney. “It’s just relaxed and colorful.” Combined with a wide array of antiques and furnishings at the newly redesigned Coco & Dash, the Garrigans’ Henderson Avenue haunt now truly has something to offer for every Dallas home. 2819 N. Henderson Ave. 214-370-9743. ciaococodallas.com

Chicago Luxury Beds’ local outpost—dubbed Dallas Luxury Beds—is the third and largest showroom for the company, as well as its first location outside Illinois. You won’t find bright yellow clearance tags inside (thank goodness), but you will find a bed valued close to $160,000, as well as the most lavish bedroom essentials in the game. The Dallas location will carry Hästens and Vispring mattresses, Sferra linens, silk-filled comforters, alpaca throws, luxury down products, and candles imported from Paris. The original plan was to take over the former Hästens space on Glass Street, but ultimately, a new location was built. “We thought, ‘While we’re doing Dallas, we might as well do it right—the full Chicago Luxury experience,’” says general manager Henry Bianchi. The store is thoughtfully arranged to showcase Hästens’ and Vispring’s various styles, which incorporate materials such as cashmere, silk, bamboo, horsehair, mohair, alpaca, and rare vicuña, with most price tags ranging from $5,000 to $40,000 (their average sale is $20,000). The aforementioned $160,000 model, which takes 500 hours to craft by an exclusive team in Sweden, will be available for testing in the store.

“Dallas is a pretty open market, and was very appealing to us,” Bianchi adds. “Dallas was right.”

Design where you shop at Baby Bliss. 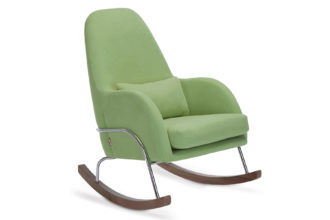 The go-to shop for cool Dallas moms, Baby Bliss in Snider Plaza has added design services (in partnership with Wallace Bishop Design) to its roster of chic diaper bags and lines for littles, so you can incorporate the shop’s sophisticated aesthetic into your nursery.

To Market She Goes Brittany Cobb knows how to start a trend. Inspired by the Brooklyn Flea in New York, the journalist-turned-businesswoman first launched her highly curated, artisan-filled market, The Dallas Flea, back in 2009, inspiring a slew of similar, bohemian-inspired local events. Fast forward eight years and one name change later (she rebranded the market to Flea Style in 2015), Cobb is ready to tackle a new endeavor. Dallas collectors were stunned when Betty Gertz closed the Secret Garden-esque, Slocum Street doors of her storied antique shop East & Orient Company. But then a sign with the showroom’s name popped up in a small Design District warehouse this past winter. “This was originally going to be storage, and then she decided to continue,” says Gertz’s longtime director John Bray of the 2,500-square-foot showroom where a condensed East & Orient now resides. The narrow space is inspired by Hong Kong antique shops Gertz recently visited. “We really are working on another place; this is just a transition,” adds Gertz. “But I like it, and people are coming in just to see it.” Visitors can bask in the collection—and company—of East & Orient Company’s temporary locale, but collectors should keep a close eye on any tenant transitions in the Design District.

What Not to Miss at Flea Style