Nine years into her legal career, former Dallas attorney Sarah Shadonix abandoned business litigation and contract law practice to pursue winemaking. “I had this deep-seated passion to go pursue this desire to work in wine,” she says.

She spent a year earning professional winemaking certifications, became a member of the Dallas Sommelier Society, and surrounded herself with others in the industry. She soon secured a job in Sonoma, California, sourcing producers for Wine Country Connect, an e-commerce venture that connects wine producers with consumers nationwide through a collection of B2C websites. 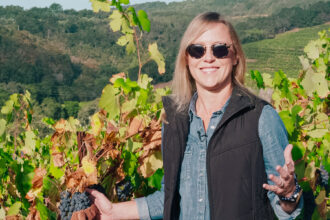 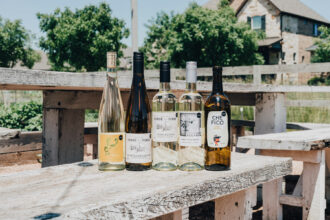 While in Sonoma, Shadonix noticed that even small amounts of wine often left her feeling ill. “I thought I was living the dream, except I wasn’t,” she says. She spoke with winemakers, growers, and physicians and discovered that many wines could include hundreds of pesticides and chemicals allowed under federal and state regulations. “Pesticide residue can remain in the grapes after harvest, and therefore, can be present in the wine,” she says.

“The authenticity that begins in the vineyard is preserved in your glass.”

Shadonix realized there was a market gap for chemical, additive, and sweetener-free wines and founded Scout & Cellar, a winery that produces clean-crafted wines, in Dallas in 2017. The brand grows many of its grapes in California and Oregon, then sorts yields by hand, removing clusters that may taint the wine during fermentation.

“This removal process is important to clean-crafted wines since our standards don’t permit the usage of any additives to correct an unhealthy fermentation,” Shadonix says. The selectivity means smaller yields and slower harvests, but Shadonix says the sacrifice is worth it. “The authenticity that begins in the vineyard is preserved in your glass,” she says.

The company also outgrew its facility five times during its first 18 months. Since then, it has grown 70 percent year over year and over 100 percent since 2019. The brand produces hundreds of varietals, some bottled in Texas, and has responded well to the increased demand for e-commerce and alcohol in 2020. “It’s been a busy year overall for us,” Shadonix says.