Enjoy unlimited access to all of our incredible journalism, in print and digital.
Subscribe Now
Advertisement
Food & Beverage

The North Texas region is a hotbed for manufacturing a wide range of goods.
By Sofia Krusmark | May 28, 2020|2:53 pm
View Gallery
View Gallery

The two companies below perfectly fit the brief. Funny enough, they all have something in common: Dallas wasn’t where their inspiration began. The business owners brought their culture here from India and Iran.

If your company would make a good Locally Sourced story, please let us know. 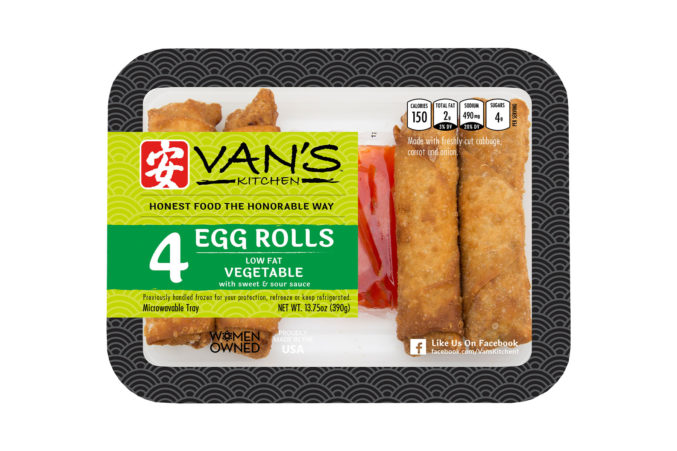 Theresa Motter was just a toddler when she immigrated with her family to the United States from Vietnam in the 1960s. Her parents wanted to bring a taste of their home country to America and eventually landed on the idea of artisan egg rolls, launching Van’s Kitchen in 1986. Motter grew up in the business and has always considered the egg roll as the perfect food. “You can’t help but love the nutritious grains on the outside harmonizing with the juicy meat within,” Motter says. She took over as CEO when her parents retired in 2014 and is a driving force in getting her company’s products on shelves at thousands of supermarkets. Clients include big names like Walmart and Kroger. —Sooha Ahn

Not many rug brands can claim much name recognition, but Dallas-based Loloi is an exception. That’s due in part to its Instagram account, @LoloiRugs, which has attracted more than a quarter-million followers with clean and cozy interiors inspo (#theLoloilook). Perhaps its biggest boost: licensed collaborations with the likes of Justina Blakeney, Rifle Paper Co., Ellen DeGeneres, and Joanna Gaines. The company was founded in 2004 by Amir Loloi, who emigrated from Iran as a teenager and spent a couple of dozen years studying the industry with a local rug wholesaler. He has gone from three employees to managing a staff of more than 200 with the help of his sons, Cyrus and Steven. Loloi’s rugs, pillows, throws, and wall art can be found in finer showrooms across the nation. “Product is first and foremost the thing that our organization is focused on,” Cyrus says, emphasizing that it’s a product they “obsesses over.” —S. Holland Murphy

Shopping with Instagram: Pretty Jewels at The Gypsy Wagon

We’re Extending the Deadline for the Jewelry Giveaway

When Was the Last Time You Went to Sam Moon?