But it was the energy sector that continued to dominate local deal activity, as the price of crude oil rebounded from 2017 woes. Most notable was Energy Transfer Equity’s $27 billion merger with Energy Transfer Partners, which was a corporate restructuring for the Dallas-based pipeline behemoth. D CEO previously highlighted Midland-based Concho Resources’ $9.5 billion acquisition of Fort Worth shale oil driller RSP Permian in its 2018 North Texas Oil and Gas Awards as the M&A deal of the year. The transaction solidified Concho as the largest player in the red-hot Permian Basin.

Although announced in summer of 2018, AT&T’s acquisition of Time Warner failed to clear regulatory hurdles until early 2019 and was not eligible for consideration in this year’s Mergers and Acquisitions Awards.

Made Ya Smile Dental Merges With Dental Care Alliance

Key Players: Jared Behnke and Victor Bloede, Transitus Capital; Jeffrey Brooker, Daniel Goldstein, and Jon Finger, McGuire Woods; Danielle Golino and Chelsea Rogers, McDermott Will & Emery
When: Merger completed November 2018
Why Notable: The complexity. Made Ya Smile entered the transaction as 19 separate entities.
What’s Next: With the investment from Dental Care Alliance, Made Ya Smile has plans to scale business statewide.

Key Players: Tom Harris and Brandon McCoy of Haynes and Boone; Tyler Savage and Katarzyna Murphy of Nixon Peabody LLP
When: Acquisition announced July 2018
Why Notable: The timing. Growth in the U.S. craft beer market was slowing, and the window for brewery M&A deals was narrowing.
What’s Next: By leveraging Constellation Brands’ resources, Four Corner Brewing Co. now has several avenues of growth within Texas and nationally.

Key Players: Mark Matteson and Barrett Bruce of SunTx Capital Partners; Tom Harris and Brandon McCoy of Haynes and Boone; and Bryan Jaffe and Erik Einwalter of Cascadia Capital LLC
When: Acquisition announced May 2018
Why Notable: Complications. The owner of a leased real estate asset was revealed to be a Russian businessman who came under U.S. sanctions.
What’s Next: Cold Spring Brewing Co. will continue to be a major supplier to brands such as Red Bull and Monster energy drinks from its newly acquired 400,000-square-foot Fort Worth manufacturing facility.

Key Players: Dr Pepper Snapple was advised by Credit Suisse (finance) and Morgan, Lewis & Bocklus (legal). Keurig Green Mountain was advised by Goldman Sachs & Co.
When: Acquisition completed July 2018
Why Notable: The size. At $18.7 billion, it was among the largest M&A deals in Dallas-Fort Worth last year.
What’s Next: Keurig Dr Pepper announced the acquisition of CORE nutrition in September 2018 for $525 million. It’s also planning a regional headquarters move from Plano to Frisco.

North Texas professionals who made the banner deals happen 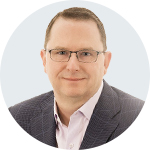 Private Equity/Investment Professional of the Year

Starting with Clavis Capital Partners in 2014, Todd Dauphinais has successfully deployed $250 million in capital over the last five years in six deals. During his career, Dauphinais has completed 26 transactions representing more than $1 billion in equity capital deployed. Most notably in 2018, Clavis completed the acquisition of family-owned oilfield products distributor RK Supply. 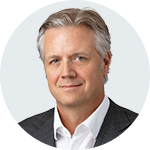 Investment Banker of the Year

Mike McGill is co-founder and managing director of Dallas-based MHT Partners. Prior to launching the firm in 2001, McGill spent five years at Donaldson, Lufkin & Jenrette. In 2018, McGill oversaw the execution of a number of transactions that impacted both the local and national markets. They involved Centre Technologies, FISH Technologies, ITA Group, Excentus, and NextRev. 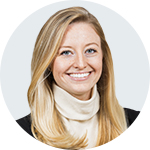 Attorney of the Year

Molly Slusher, partner and general counsel at Jerry Jones-backed Blue Star Innovation Partners, is the youngest partner at the firm. In 2018, BSIP led a financing round for Payrix, a fintech platform. Not only did Slusher quarterback the deal throughout diligence and negotiations, she also was deeply involved in post-closing operations. Prior to joining BSIP, Slusher was an attorney at Jackson Walker. 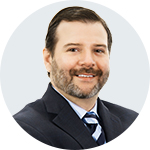 Due Dilligence Professional of the Year

Brad Porter, director at Moss Adams, was recently named one of the firm’s top five largest new-client revenue generators. Hired to start the transaction services practice in Dallas for the accounting firm in 2016, he now helps to lead a due diligence and restructuring team of 10 people in two offices. Last year, Porter helped facilitate the sale of a privately held company on an expedited timeline. 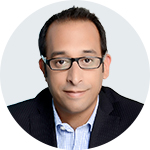 Capital Provider of the Year

Vik Thapar has 17 years of experience in venture capital, private equity, and information technology consulting. He has been a partner at Cypress Growth Capital since 2012. Prior to his current role, Thapar handled VC for a $200 million investment fund sponsored by the state of Texas. He currently serves on the board of directors for TeXchange, TiE Dallas, and Southwest Venture Forum.