“I was born in Switzerland to a Spanish mother and a Costa Rican father and grew up in Latin America. My father was the dean of the school of economics in Costa Rica, and so no matter what trip we took anywhere, one of the things we would do is visit university campuses. That was as important as visiting any other tourist site. So from a very early age, there was a huge reinforcement in what education could do for me. In all of those international trips and in living in all of those places, we did a lot—and I have done a lot since then—in getting to know the people, the culture, the way of life. That has created a deep sense of trying to understand all of those things that could make people and societies better. We’re not terribly different; being human is something that we have in common. By age 30, I had actually lived and worked on four continents: Europe, South America, North America, and Australia. 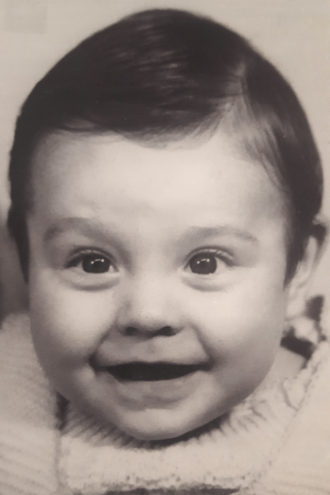 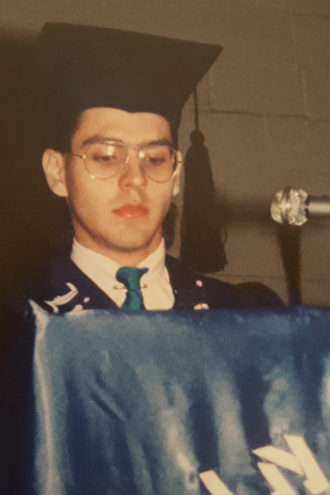 Saenz, circa 1970, was born in Switzerland (left); Saenz gave a speech at his high school graduation in 1988 in Costa Rica (right)

I came down to Dallas about 10 years ago. I could do my job in any of the 60 cities where Bain has offices, but I have chosen to live in Dallas because it gives me the opportunity to serve the community. Every time I find myself in communities that embrace diversity, I see greatness. Because of that, I decided to found Latinos at Bain, one of the many diversity groups at Bain. It makes sure we are recruiting, retaining, and promoting highly diverse talent, that we are celebrating diversity in cultures, and that we are going out in the community and serving the people that are less fortunate. This is a city that opens its arms for people who want to help the city get better.”